By now I am sure all CFL fans are familiar with the hit Thursday Night Football Theme song.

But in case you aren’t…

Check out the hit song by @thereklaws that kicks off each broadcast of TSN's @CFL THURSDAY NIGHT FOOTBALL presented by @TheBrick throughout the season.#CFLonTSN pic.twitter.com/3HdbOZcQoH

The performers of this gem are known as The Reklaws, a brother-sister country duo (Jenna and Stuart Walker) that are sweeping the nation.

The band was scheduled to rock IGF stadium on opening night during Halftime, however due to weather concerns, the act was postponed.

But don’t fret CFL fans because we now know who will be performing the SiriusXM Kickoff Show at the 106th Grey Cup in Edmonton: 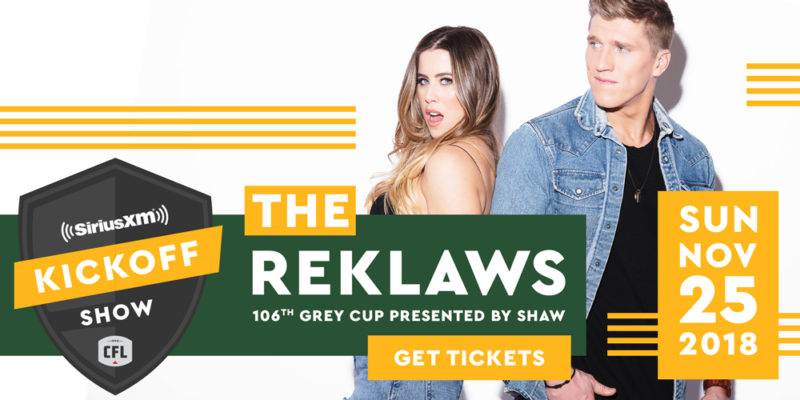 Get your TICKETS NOW.