In doing so, the Alouettes forfeit their first round selection in the 2019 CFL Draft.

Johnstone signed with the Los Angeles Chargers in 2016 after going undrafted that year but spent the entire season on the injured list before being released.  Johnstone was an invite at the NFL Combine where he benched 24 reps.

A former Oregon Duck, Johnstone anchored the offensive line at left tackle in 39 career games en route to being named a first team All Pac-12 and second team All American. 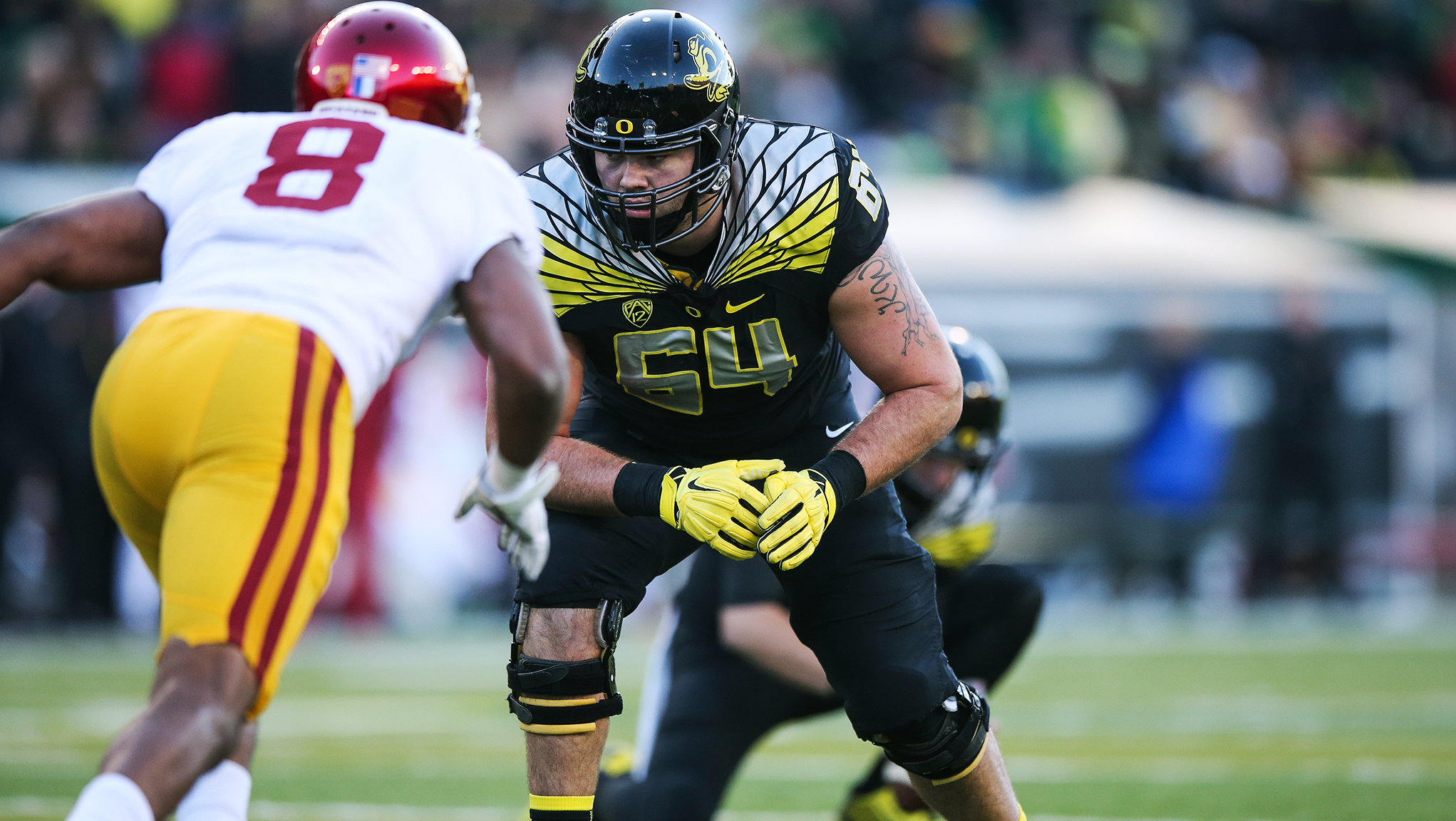 Helping lead the nation’s most productive rushing attack, OL Tyler Johnstone was first team All Pac-12 and second team All American in his final season at Oregon in 2015 (OregonDucks.com)In his final year at Oregon, Johnstone started all 13 games at left tackle and was the recipient of his team’s Outstanding Offensive Lineman award.  Johnstone helped steer an offence that was fifth in the country in rushing, points score and total offence. He also helped Oregon acheive the league’s rushing title for the 10th consecutive year.

The CFL Supplemental Draft features a much smaller draft pool to choose from because of its nature. Players who were not declared Nationals in time for the CFL Draft now fall to the supplemental selection process. Each team has a chance to select the player(s) eligible but the team willing to forfeit the highest pick in the draft would receive the rights to any player eligible.
Some of the more notable Supplemental Draft picks in recent memory are Hamilton defensive lineman Ted Laurent, former kicker Noel Prefontaine, offensive lineman Jeremy O’Day, receiver Paul Pearson and receiver Johnny Forzani.