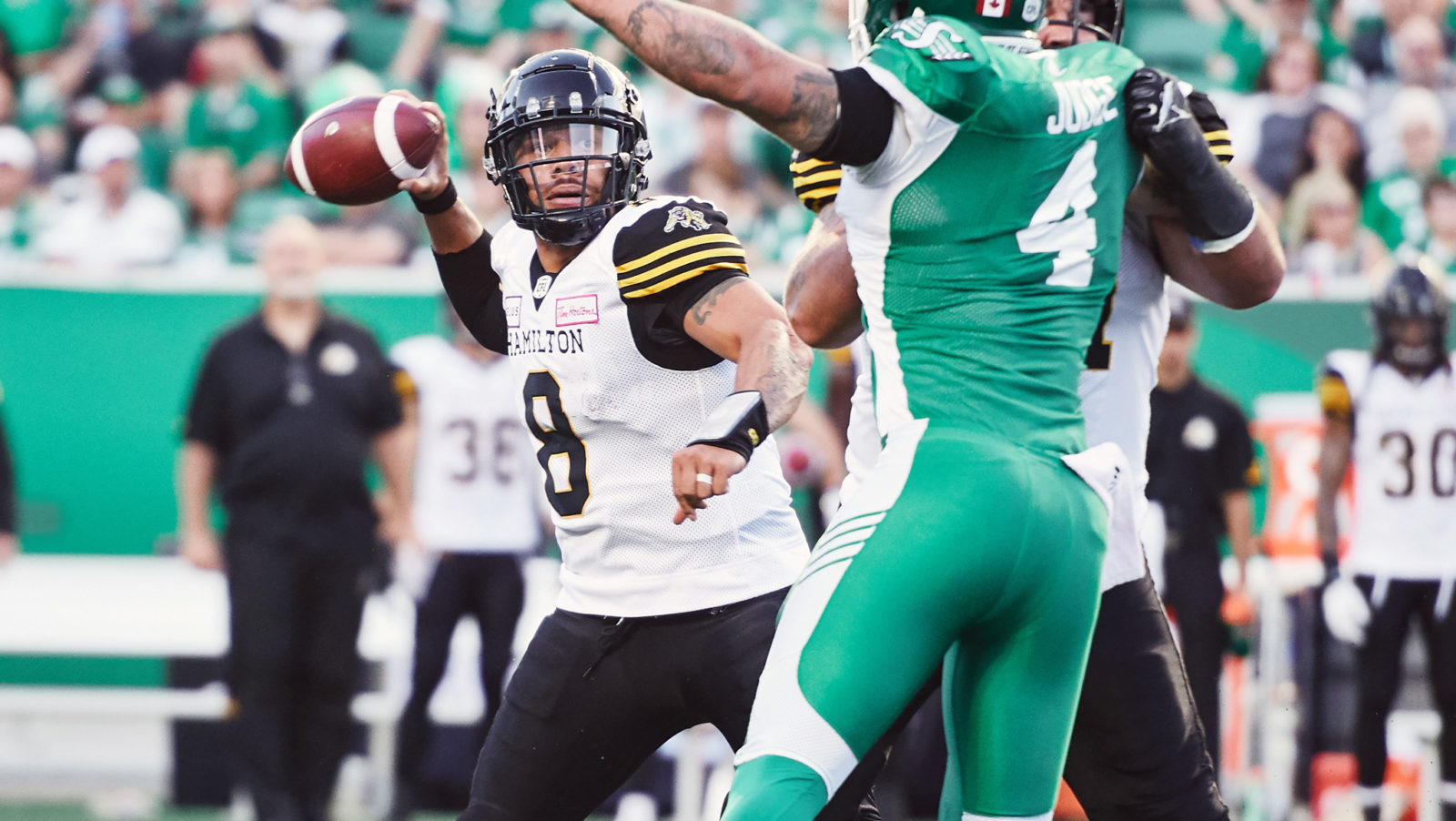 The Ticats’ quarterback hit the mark late in the fourth quarter of Thursday night’s Week 4 clash with the Saskatchewan Roughriders, joining Sam Etcheverry and his former head coach Kent Austin in an exclusive club.

Masoli can set the record in two weeks, following the Ticats’ bye week, when they take on the same Riders in a rematch at Tim Hortons Field.

It’s been quite a ride for the 29-year-old, who took over as a full-time starter for the first time in his career on Labour Day last September. After the team’s forgettable 0-8 start, Masoli led the Ticats to a 6-4 finish, earning him an off-season contract extension and the No. 1 quarterback job going into 2018.

Despite all of the background noise that’s come with backup pivot Johnny Manziel, Masoli has rewarded head coach June Jones’ faith in him with stellar play over the first four weeks of the season.

Masoli entered Week 4 as the CFL’s leading passer with 1,045 yards.