James Franklin comes through in the clutch for Argos 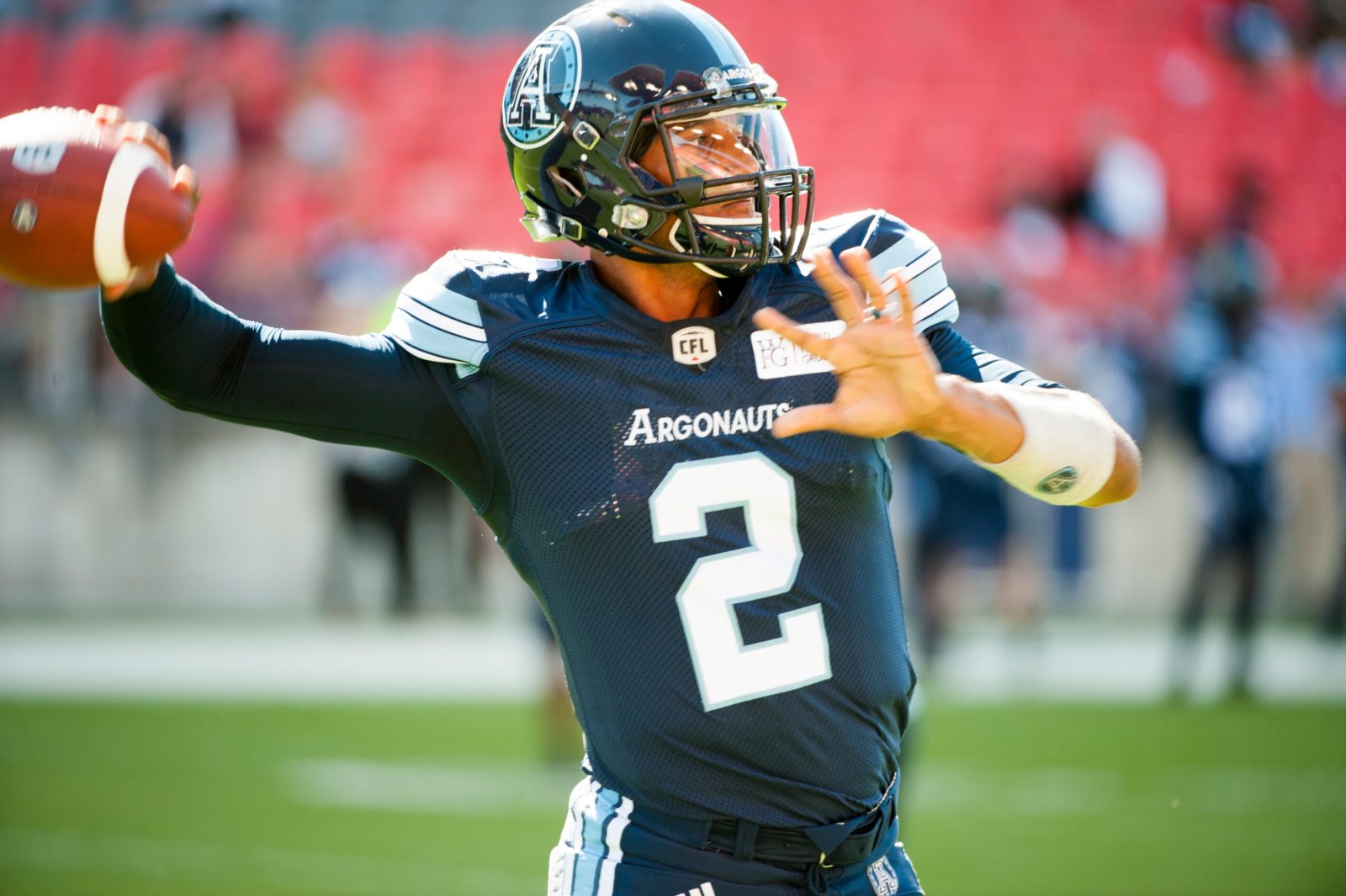 James Franklin comes through in the clutch for Argos

TORONTO — Fireworks greeted James Franklin as he trotted onto BMO Field for his first start as an Argo on Saturday, and the 26-year-old was able to harness the heat for an early offensive explosion in Toronto’s Week 4 matchup with Edmonton.

Franklin led a 76-yard touchdown drive early in the first quarter, capped off by a two-yard sneak into the end zone, to give Toronto a flying start.

After Ricky Ray went down with a serious neck injury during the Argos’ home opener, Franklin was handed the keys to the Argos offence. He found early chemistry with running back James Wilder Jr., who would end up scoring the Argos’ second touchdown of the first quarter shortly thereafter.

“We just needed to stay on the field and make sure we executed,” Franklin told TSN’s Matthew Scianitti after the game. “We needed to keep Mike (Reilly, Eskimos quarterback) off the field.”

Following the first two scores, the Eskimos’ defence was able to slow Franklin’s pace, and Reilly was able to drive the ball efficiently and pick away at the Argos’ lead. While he made a few big plays, such as a 50-yard completion to Llevi Noel, Reilly was able to build an Eskimos lead in the second half.

Unfazed, Franklin put together a fourth quarter comeback to give the Argos a 20-17 win and their first victory of the season.

“Give (my teammates) credit, they were protecting me, catching the ball, running downfield and defence did a great job of giving us the ball back,” he told Scianitti. “It feels good to get that first (win) as a team.”

The Texas native came through in the clutch when he began a drive with 10 minutes remaining in the fourth quarter and the Argos trailing by five. In a series that included four completed passes, a successful third-down scramble and a touchdown pass to Declan Cross, Franklin brought the clock down to three minutes with his team up by a field goal.

“That was really big. It’s something we worked on and we were fortunate enough to execute,” Franklin told Scianitti. “It feels really good.”

The Argos defence helped by forcing a two-and-out on the ensuing Eskimos drive, and Franklin made sure Reilly could not get the ball back in the final two minutes to secure the win.

Franklin and the Argos will try to do it all over again next week when they hit the road for a rematch in Edmonton.