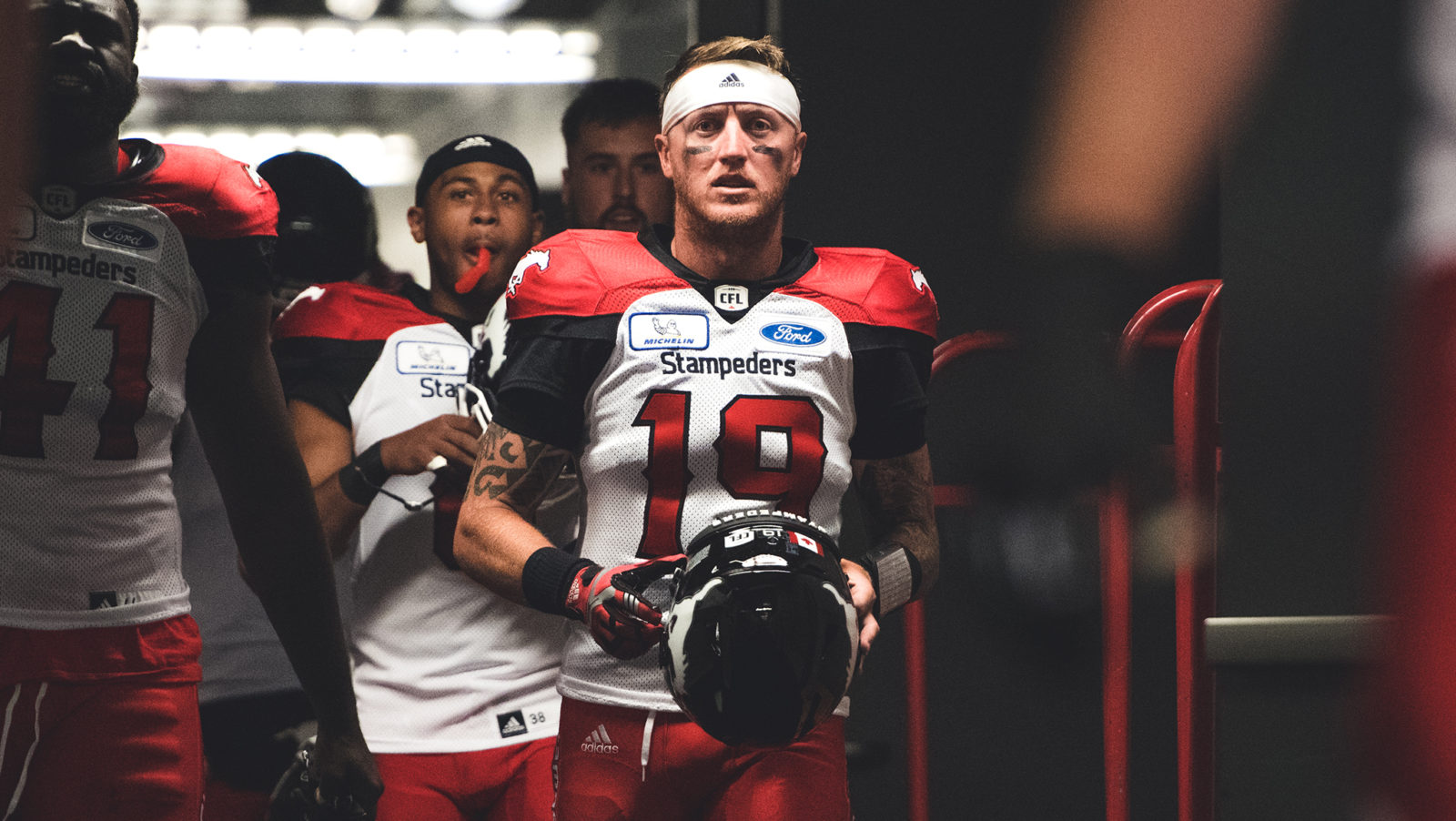 OTTAWA — Calgary Stampeders quarterback Bo Levi Mitchell left Thursday’s game against Ottawa in the second quarter with a lower-body injury and did not return.

Mitchell headed to the locker room late in the first half following a low tackle by Ottawa’s Danny Mason.

Mason received a 15-yard roughing the passer penalty on the play, while Mitchell remained on the sidelines for a handful of series before walking to the locker room.

While Mitchell returned to the sideline and remained in his equipment throughout the second half, he didn’t take a snap.

Nick Arbuckle took over under centre for the Stampeders.