Nissan Titan Power Rankings: Can anyone beat the Stamps? 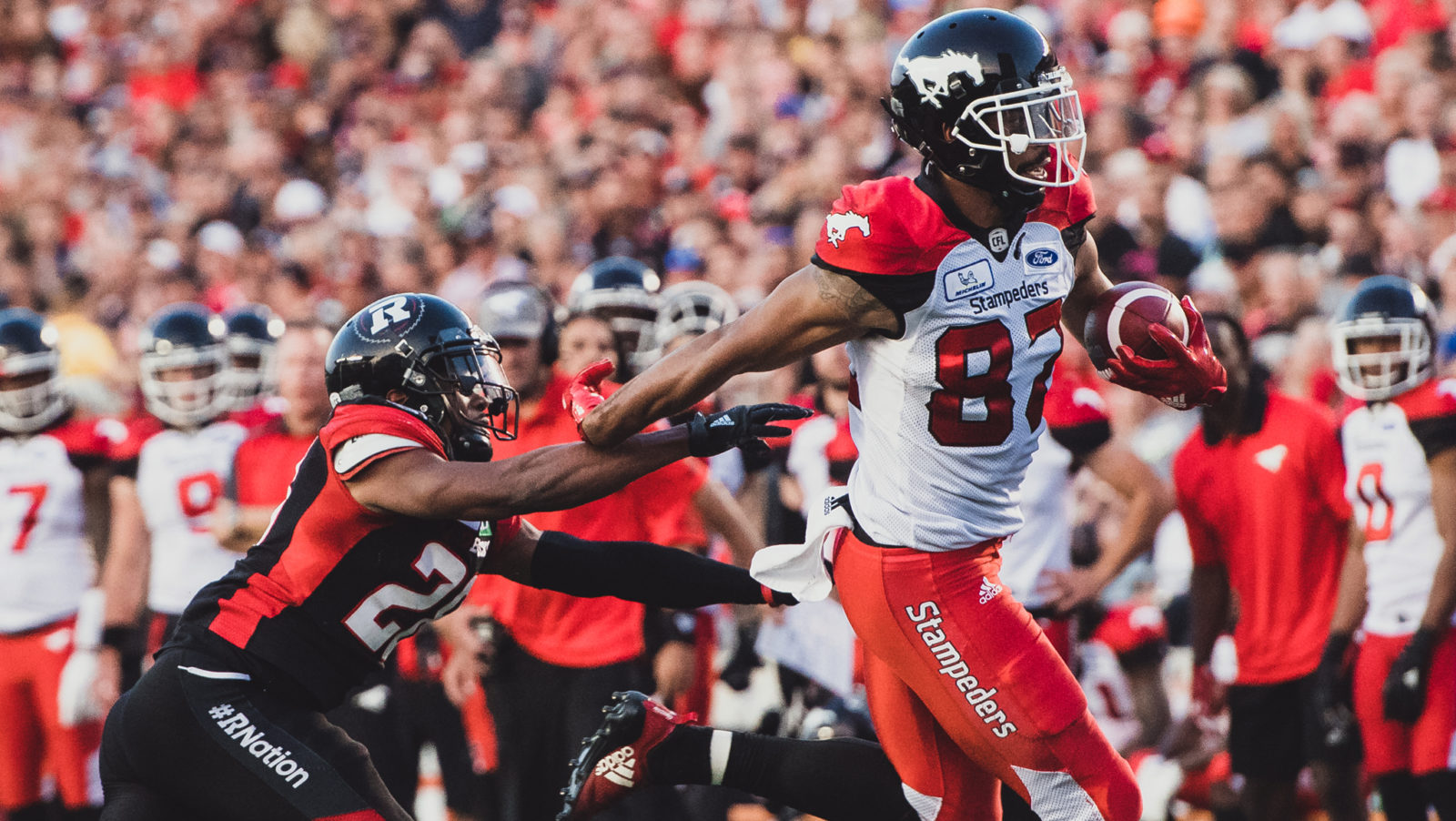 Nissan Titan Power Rankings: Can anyone beat the Stamps?

TORONTO — When the 2018 CFL schedule was released, it looked like a visit to the nation’s capital on July 12 would be one of the most difficult games on the Stampeders’ docket.

In the end it was no contest, with Ottawa’s offence mustering just three points, 150 net yards and 13 first downs while losing the turnover battle 6-0 — even with Bo Levi Mitchell sidelined for the entire second half with a lower body injury.

Through four games, the Stampeders have allowed 9.5 points per game (second-best Hamilton allows 21 points per game) and 4.9 yards per play (a full yard ahead of second-ranked Winnipeg) while recording 13 sacks and 14 takeaways.

While a bigger test awaits — the Stamps have yet to play any of their West Division counterparts — so far Dave Dickenson’s team is in a league of its own.

While much has been made of Calgary’s suffocating defence, Bo Levi Mitchell is playing at an MOP level and Don Jackson is emerging as one of the league’s best young running backs. A meeting with Montreal is on tap, then a true test arrives with six straight games against divisional foes. Even if Mitchell (knee) misses a game, the Stamps look like an unstoppable force.

The Eskimos are working their way through some key injuries early in the season, especially on defence where Adam Konar, Kwaku Boateng and Johnny Adams are among those sidelined. The Esks earned a split with the Argos despite being held under 20 points in back-to-back games (the last time this happened was near the end of 2013, part of a 4-14 season).

The Ticats move down a spot despite being idle in Week 5 — such is life when only a single win separates six teams. Upon closer review, the Tabbies have played better than their 2-2 start would indicate, leading after almost every quarter this season while owning the league’s top-ranked offence and second-ranked defence.

The Bombers failed to distance themselves from the Lions in the highly-competitive West, blowing a 17-point lead and falling back below .500 with their third loss of the season. They have all the tools of a CFL heavyweight, but Saturday’s second half in Vancouver was not the showing of a contender.

The defending Grey Cup Champions still haven’t found their groove, yet they’re a couple of missed plays shy of being 3-1 as opposed to 1-3. Either way, there are signs of life from Marc Trestman’s team, which held Edmonton to a combined 33 points over the last two games and has a bright future in store from quarterback James Franklin.

It’s too early to panic, but there is reason for concern following Ottawa’s 27-3 loss to the Calgary Stampeders in Week 5. Last Thursday’s home date was supposed to be a measuring stick, but the REDBLACKS responded with 150 yards of offence, 13 first downs and six turnovers. At least they’re done with Calgary — at least until possibly late November.

After shaking off 10 months of rust, Travis Lulay clearly showed the Lions are better off with him behind centre, orchestrating a stunning come-from-behind win over the Bombers from 17 points down. Does the win breathe new life into a Lions squad looking to leave one final mark on Wally Buono’s legacy?

The bye week probably felt pretty good for the Riders after escaping Week 4 with a win. ‘Escape’ is certainly the right word, however, as the Green and White will have to be better to earn a home-and-home sweep against Hamilton. Led by Brandon Bridge under centre, expect a motivated Chris Jones team to show up on the road in Week 6.

The Alouettes have shown signs of improvement the last two weeks, but their truest test will come with a visit to Calgary on Saturday night. With Drew Willy back under centre, the Als will have to stress getting the ball out quickly to their dynamic playmakers in Chris Williams, B.J. Cunningham and Ernest Jackson, among others, to off-set Calgary’s pass rush.