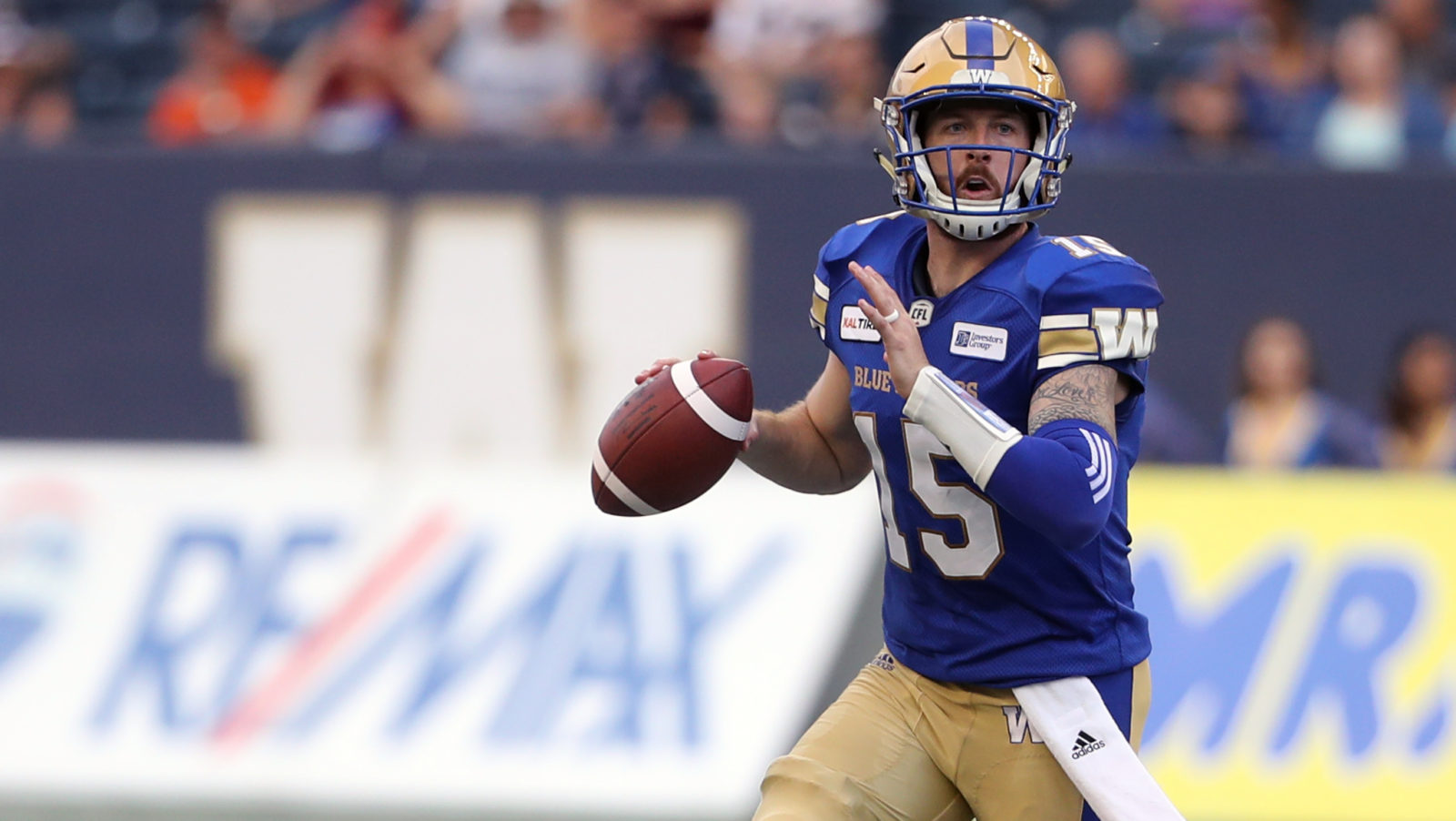 Berg vs. Ferg returns for another season on CFL.ca as columnists Pat Steinberg and Marshall Ferguson debate over some of the league’s most contentious storylines. This week they debate the early-season struggles of Matt Nichols.

A couple of years ago, after a slow start to the season, it was Matt Nichols who got the Winnipeg Blue Bombers over the hump and into the playoffs.

While he hasn’t been a superstar in the league, Nichols is everything you look for in a quarterback. Steady and consistent, calm and cool and a solid leader, with the ability to make those around him look better.

Suddenly, however, with a slow first two games and the emergence of a young quarterback in Chris Streveler behind him, Nichols could be facing some pressure for the first time since overtaking Drew Willy for the No. 1 job.

Still working off some of the rust, Nichols deserves some time to get things turned around. But on the other hand, the pressure for the Bombers to win games can’t be ignored, especially in a division where they could be fighting for their playoff lives well into November.

Streveler, meanwhile, brings something different to the Bombers’ offence. His athleticism is off the charts, featuring explosive running ability and a strong arm. And while he’s a rookie and has a lot to learn, that also means room to grow — upside, something fans and coaches covet.

With the Bombers at 2-3 and heading into a home-and-home with the Argos, is the pressure on Matt Nichols? More in the latest Berg vs. Ferg:

I know Matt Nichols has struggled in his first two games this season, but let’s hold up on the “quarterback controversy” angle. If the Winnipeg Blue Bombers are going to get over the hump, win a playoff game, and become the West Division contender they want to be, it’ll be with Nichols at the helm. That’s why his job is safe, full stop.

Nichols didn’t just forget how to be a good quarterback. Upon taking over for Drew Willy early in the 2016 season, Willy has been one of the CFL’s most consistent and productive pivots and the Bombers have thrived as a result. Winnipeg is 22-11 in games started by Nichols and were very close to being 23-10 prior to their loss to BC in Week 5. Yes, football is a team sport, but Nichols’s record as a starter is also no coincidence.

Chris Streveler did a nice job in three starts while Nichols got back up to speed. The Bombers went 1-2 in those three games, but that wasn’t because of poor play from Streveler. In saying that, it’s not like we’re talking about prodigal numbers from Winnipeg’s backup. In his two losses, Streveler threw for less than 180 yards both times and was well under a 60 per cent completion rate. I like what the Bombers are doing with Streveler right now, but he hasn’t shown enough to be considered over a solid incumbent like Nichols.

I think Week 6 sets up to be a nice week for the Winnipeg offence, which means this could be the breakthrough Nichols has been waiting for. Toronto is the league’s worst passing defence through five weeks and I look for Nichols to establish Darvin Adams early and often. Even if this isn’t a big week for the Bombers, there’s no reason to be changing quarterbacks at this point.

Nichols has played two weeks since returning from a knee injury suffered in training camp; let’s give him the benefit of the doubt a while longer. After all, he’s been the biggest catalyst in Winnipeg’s turnaround the last few seasons.

Let me start by saying Matt Nichols is a very, very good CFL quarterback, but in this league only those with elite status are given the chance to battle through injury and adversity without being called into question.

Nichols has battled more than the necessary amount of both in his career while experiencing West Division battles in both Edmonton and Winnipeg, so this situation is not new to him.

What is different this time around is the type of quarterback waiting in the wings to challenge Nichols for playing time. Chris Streveler is not a world beater at this point in his career. He is just another young, talented quarterback with a ton of potential and little to show for it yet.

What Streveler brings to the table though is a change of pace which appeared to catch defences off guard for a couple games at the start of the year. With Nichols guaranteed to return, the offensive package for Streveler seemed temporary and as a result it never evolved.

Given the opportunity and creativity of Winnipeg offensive coordinator Paul LaPolice, I’d like to see where the Streveler offence could take Winnipeg.

That suggestion could become all that much more realistic if Nichols continues on the path laid down through two games since returning from injury. A slow passing day and a second half collapse suggest there is plenty of work to do in Winnipeg to find consistency.

If Nichols struggles to find a groove don’t surprised to see an evolving set for Chris Streveler and Nichols searching for more opportunity.