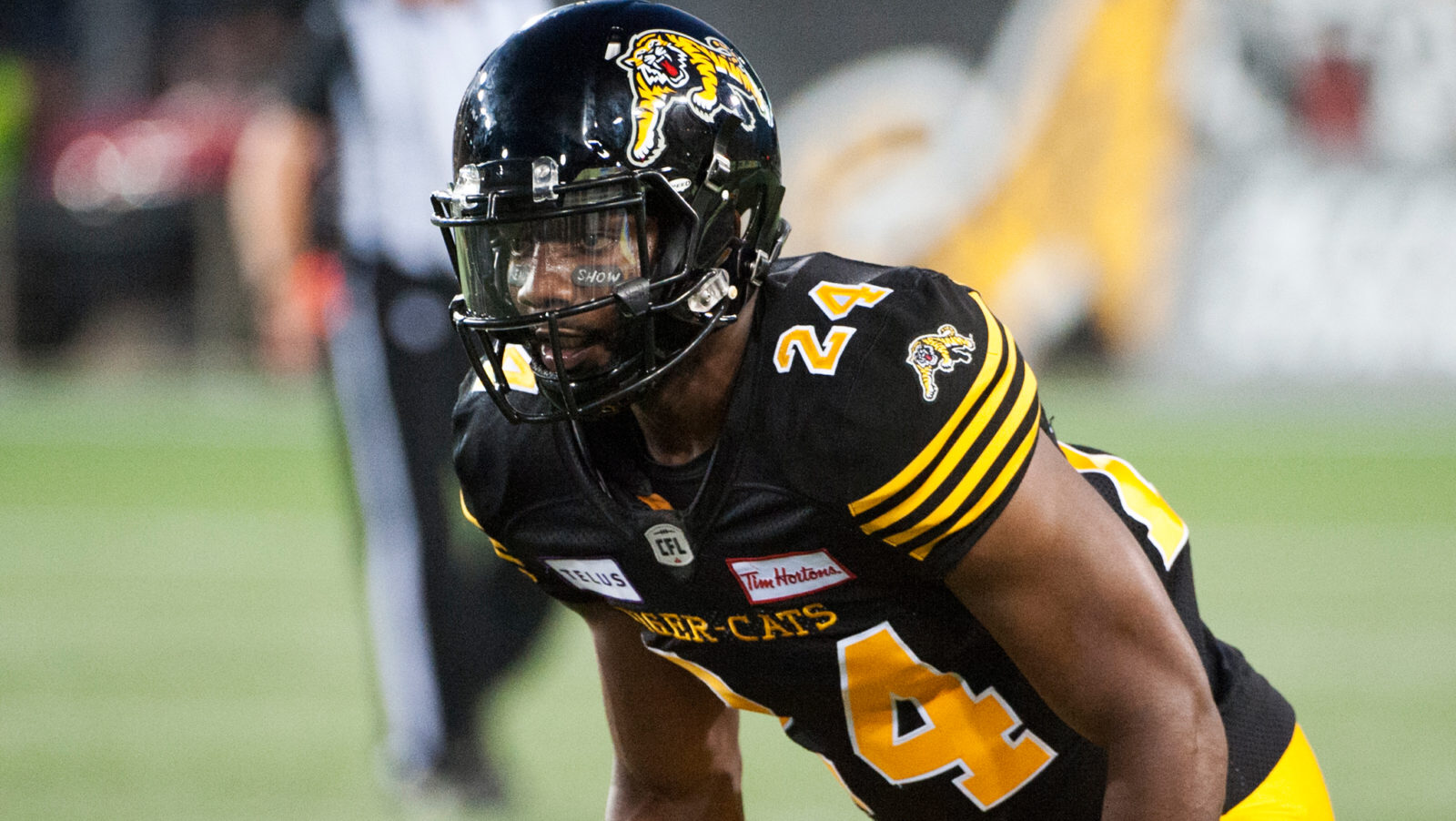 What does respect mean to you?

By the book, respect is defined as a feeling of deep admiration for someone or something elicited by their abilities, qualities, or achievements.

Usually those qualities would draw you towards someone. The same can be said even in football. When a quarterback is respected they are said to have a “magnetic personality”, but for Ticats defensive back Delvin Breaux, respect is displayed people trying to stay as far away from him as possible.

Breaux is the truest form of shutdown corners. He has the ability to eliminate an opposing receiver from the stat sheet. As Hamilton head coach June Jones said this week, “watching other teams right now they don’t even try to throw his way because they know what’s waiting over there.”

Breaux earned this level of respect most on reputation as a former CFL All-Star before signing in the NFL but his current play has only reinforced the belief that quarterbacks are best off avoiding the Ticats boundary corner.

What’s amazing about Delvin Breaux is the way he has tilted the Ticats entire secondary since signing between Hamilton’s Week 1 loss in Calgary and the Week 2 victory in Edmonton.

“The mindset is that everybody knows he’s taking care of his job which gives everyone confidence,” said Jones this week when discussing the impact of Breaux and his perceived respect from coaches and players alike.

This coming from a coach who once had arguably the greatest athlete and best shutdown corner ever, Deion Sanders on his team, but Deion and Breaux are two different animals.

Turn on an old NFL game and you quickly realize Deion was a speed guy. He could run better than anybody and play the ball like a receiver in the air.

Delvin Breaux is a much more brash, physical style of corner who regularly took personal foul flags in the NFL for washing big physical receivers like Julio Jones and Kelvin Benjamin – five yards out of bounds while disrupting their routes.

So if Deion is Deion, and Delvin is Delvin, who is the most Delvin Breaux style corner June Jones has ever coached?

“I don’t think I’ve ever had someone with his size and strength at corner. He does what Deion did, when Deion was in his prime he took people out of the game it didn’t matter if it was Jerry Rice or whoever. Breaux does the same thing his own way.”

In three games since returning to the CFL, a receiver covered by Delvin Breaux has only been targeted four times and he has only allowed one catch for seven yards to Winnipeg’s Weston Dressler.

Four targets in three games. That’s it, that’s all.

Only Winnipeg rookie Chris Streveler was bold – or dumb – enough to test whether Breaux had fallen asleep due to the inactivity of his nightly workload.

The results were as you would expect

What about trying a less aggressive pass, perhaps a screen to keep the ball away from Breaux?

Similar results with the Ticats star defensive back flying to the football before making a play. The exact same thing happened in his first game back in the CFL against Edmonton when Breaux got some added enjoyment from blowing up former Ticats teammate CJ Gable’s screen attempt.

Teams have not yet been able to run towards Breaux or pass the ball beyond or in front of him. Each snap he earns more respect. So much so that by his second game north of the border the Bombers were finding creative ways to get receivers separation from him such as throwing the ball behind the line of scrimmage to a slotback ( #7 Dressler) who took the scenic route to a three yard gain before Breaux tracked him down by running through an 11-man obstacle course over 45-yards.

Perhaps the greatest show of respect Breaux has received over three games is offensive coordinators designing plays specifically to get him out of an area in order to be able to throw there. Here the Winnipeg Blue Bombers motion the boundary wide receiver (#82 Wolitarsky) down the line of scrimmage dragging Breaux inside before targeting Darvin Adams in the vacated area.

The concept makes sense. If you can’t beat him, try to eliminate him from the picture. The Riders did more of the same.

No matter what teams do to avoid Breaux due to the respect he has earned over his storied football life you can’t keep a hungry dog away from food forever. Breaux will get an interception soon when a quarterback makes a poor decision to target his area but that inevitable turnover won’t be his first of the year.

Breaux already has a fumble recovery that impacted Week 4 against Saskatchewan in a big way.

When Brandon Bridge fumbled just before the goal line Breaux was shutting an observer. It would’ve been easy to shut down the feet and watch the outcome but when the ball popped loose his was shot out of a cannon to recover it despite having a worse angle than Roughriders receiver Josh Stanford.

Effort, intensity, skill. Delvin Breaux is a game changer, worthy of the every CFL fans respect.​