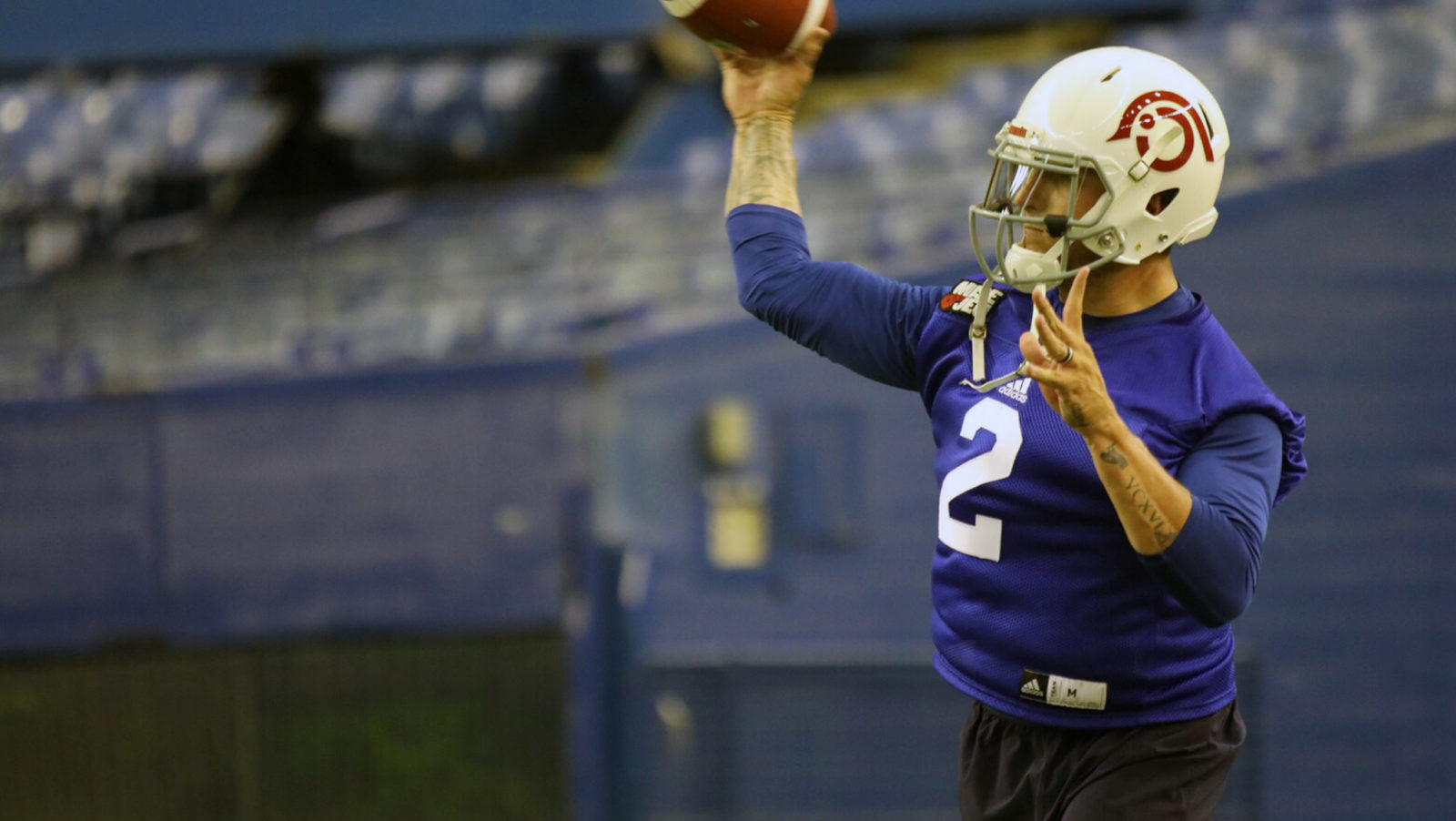 Ahead of the Alouettes officially introducing their latest quarterback acquisition after landing Johnny Manziel in a trade with the Hamilton Tiger-Cats, the former Heisman winning pivot spoke with MontrealAlouettes.com shortly after arriving at the team’s facility.

“I feel confident in the abilities I’m bringing to this team,” Manziel told MontrealAlouettes.com on Monday. “It is a team sport so it’s going to take each and every person to go out there and be successful on a game day. I’m looking forward to what the future holds.”

As fresh-faced Manziel may be when it comes to the Canadian Football League, he has managed to establish some relationships in the brief three months that he’s been in the league for.

“As soon as I walk into the building I see Vernon Adams Jr., who was with me in Hamilton. (It’s) great to see a familiar person, great person,” he said. “I’m looking forward to being around the rest of my teammates. It’ll be a bit of a new scenario for the first couple of days but I’m eager to be around the guys, that’s the best part of being in the locker-room.’

The former Texas A&M Aggie joins the Als’ organization with another familiar face in head coach Mike Sherman, who coached Manziel in College Station at his alma mater in 2011.

Manziel enters a locker room that’s already diving into game day preparation for Thursday and faces not only learning a whole new playbook but also getting himself acquainted with a whole new group of teammates.

“A couple of months ago I was doing this in Hamilton. I feel like once I get around a group of guys who are football guys it’s where I fit and where I’m at my best. It’s building camaraderie and getting to know these guys’ names.”

The Alouettes, who currently sit at the bottom of the league standings with a 1-4 record, take on the Edmonton Eskimos (3-2) in Week 7’s edition of Thursday Night Football at Percival Molson Memorial Stadium. Game time is scheduled for 7:30 p.m. ET.