Steinberg’s MMQB: The end of an era 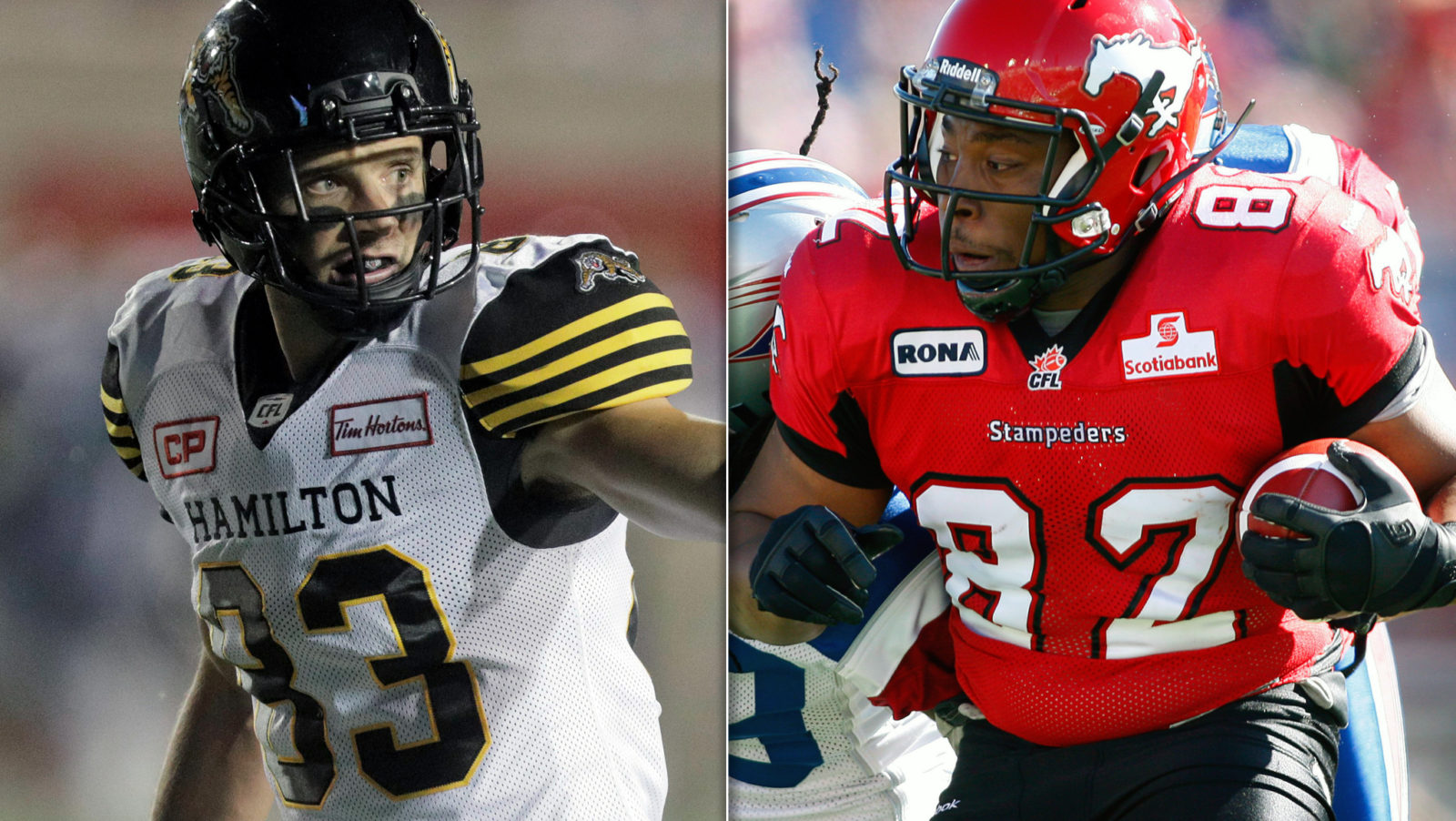 Steinberg’s MMQB: The end of an era

Nik Lewis and Andy Fantuz were never teammates during their CFL careers, but they were rivals on the field for more than a decade. Knowing how similar, and how impressive, their careers were, it was fitting to see Fantuz announce hire retirement one day prior to Lewis signing a one day contract with Calgary to officially retire in red and white.

Neither piece of news is surprising, really. Lewis officially hung up his cleats in late May after his third season with Montreal. No knock on the Alouettes, but Lewis will always be synonymous with the Stampeders. He did spend 11 seasons in Calgary, after all.

We probably shouldn’t be shocked on the Fantuz front, either. He was limited to just three years in 2017 and hadn’t played a game since October. Seeing fellow veteran Ricky Ray knocked out of a game early this season pushed Fantuz to retirement, to avoid the risk of an unfortunate injury ending his career.

For me, Lewis and Fantuz will be forever linked. For six years, they played on one of the most heated rivalries in the league; Lewis with the Stamps and Fantuz in Saskatchewan. The battles those two teams had between 2006 ad 2011 were memorable, this pair was right in the middle of all of it.

RELATED:
» O’Leary: Fantuz ready for what’s next in life
» Fantuz announces retirement after 12 seasons
» Nik Lewis signs, retires with Stampeders
» All the best highlights from Week 6

It goes far beyond that, though. From a playing standpoint, Fantuz and Lewis were very similar. Both players were sure handed and ran crisp routes; as such, their coaches counted on them to be quality possession receivers. When Henry Burris or Darian Durant needed a conversion on second down, you knew where they were looking first.

Both players made frequent appearances in the Grey Cup game, too. Lewis was a two-time champion (2008 and 2014) with Calgary and went twice more. Fantuz, on the other hand, won his only title in 2007 as a member of the Riders but made four other appearances in the CFL’s title game. Suffice to say, both guys had championship pedigree.

Finally, look at their statistical breakdown, because it’s pretty eerie. Lewis had a longer career and thus finishes with better totals; he’s the CFL’s all-time leader in pass receptions (1,051) and sits fifth in receiving yards with 13,778. Fantuz played less and, as such, he doesn’t finish with totals quite like that. Even still, a deeper look shows how similar these two players ended up being.

From a yards-per-game standpoint, Lewis and Fantuz were in lockstep with one another. The former finished his career averaging around 61 receiving yards per game. Fantuz, on the other hand, wraps things up at about 56 yards per game. That’s pretty close.

How about the touchdowns, though? Both players were always thought of in their own market as extremely reliable red zone threats, which is an accurate representation. Fantuz averaged 0.30 touchdowns over the course of his career, while Lewis was slightly higher at 0.31. Again, that’s pretty close.

More than anything else, both players deserve to be celebrated for how consistently dangerous they were over the course of their careers. I just think it’s cool we got retirement news on Fantuz and Lewis one day apart last week, because I’ve always looked at them in very similar lights.

I understood why there were some a little worried about Matt Nichols’s performance in his first two starts of the season. But, for me anyway, there was never any quarterback controversy in Winnipeg and we hadn’t gotten close to talking about pulling him. His Saturday performance against Toronto proved just that.

When levying the criticism at Nichols after his two lackluster starts, it seemed like some weren’t allowing for a bit of an adjustment curve after suffering a knee injury and missing all of training camp. It took him a little while to get comfortable again, but I never doubted his ability…or abilities. 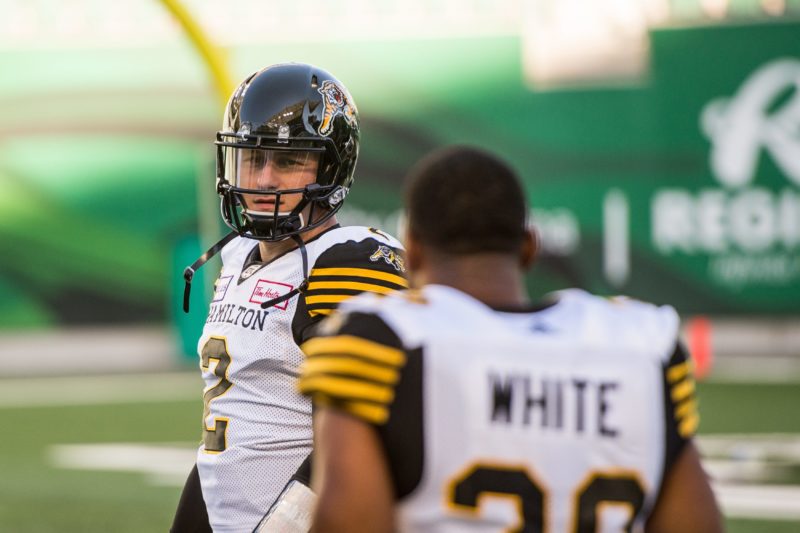 When arguing this topic with Marshall Ferguson in last week’s Berg vs. Ferg, my point was simple. Nichols is a proven, winning quarterback in this league over a number of years. Chris Streveler, his likely replacement, might be able to get to Nichols’s level one day, but he’s not there yet. Thus, it made the most sense for the Bombers to keep their meal ticket on the field, which is exactly what they did.

Nichols had his best game of the season, throwing for 245 yards and two touchdowns while adding one more on the ground. It was the type of game Winnipeg needed from their offence and it helped them to an important 38-20 win over Toronto.

Just as positive a sign was how Nichols involved receiver Darvin Adams more so than at any other point this year. Adams finished with 82 receiving yards and a touchdown and getting him established as an elite receiver once again is crucial for the Bombers to succeed.

If Nichols can continue to find his groove, and if he keeps on looking at this favorite target Adams, things are looking up offensive for Winnipeg. Throw in early MOP candidate Andrew Harris after another monster outing and you’ve got the makings of a pretty impressive army.

Anything we can do…

No one is really surprised the Calgary Stampeders sit 5-0 so far this season. After all, they’ve been the CFL’s best regular season team over the last decade and are truly untouched at the top of that mountain. Because of that, I was a little surprised to learn, then, that this is Calgary’s best start to a season since 1995! They just keep outdoing themselves.

That’s really the problem here if you’re the rest of the league. Every season it seems like the Stamps might be ready to take a small step back to the pack. Yet, every year, Calgary manages to fight for a West Division title and easily make the playoffs. Barring a rather large collapse, 2018 looks to be the same way. 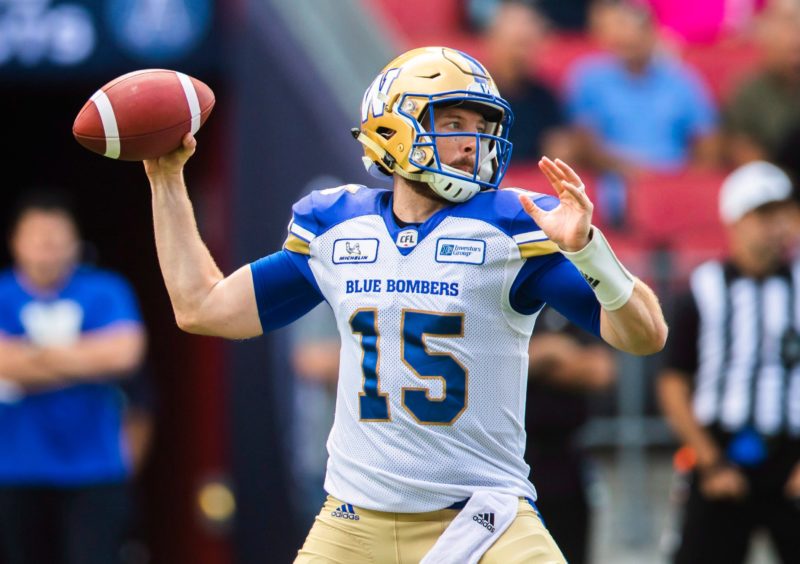 The Stampeders are head and shoulders above the league defensively, as we discussed last week. While other teams have good players or positional strength on defence, no group is able to put it all together like Calgary has under DeVone Claybrooks. They’ve allowed 46 points combined in five games!

Calgary’s issue of closing out dominant regular seasons with Grey Cup titles is well documented. Two years in a row the Stamps have lost in heartbreaking fashion to an East Division team. But if they continue to go unchecked by the rest of the league as a perennial powerhouse, they’re going to eventually start to win titles.

It’s on the rest of the CFL to try and close the gap, more now than ever. It’s pretty clear to me the Stamps have no interest in coming back to the pack.