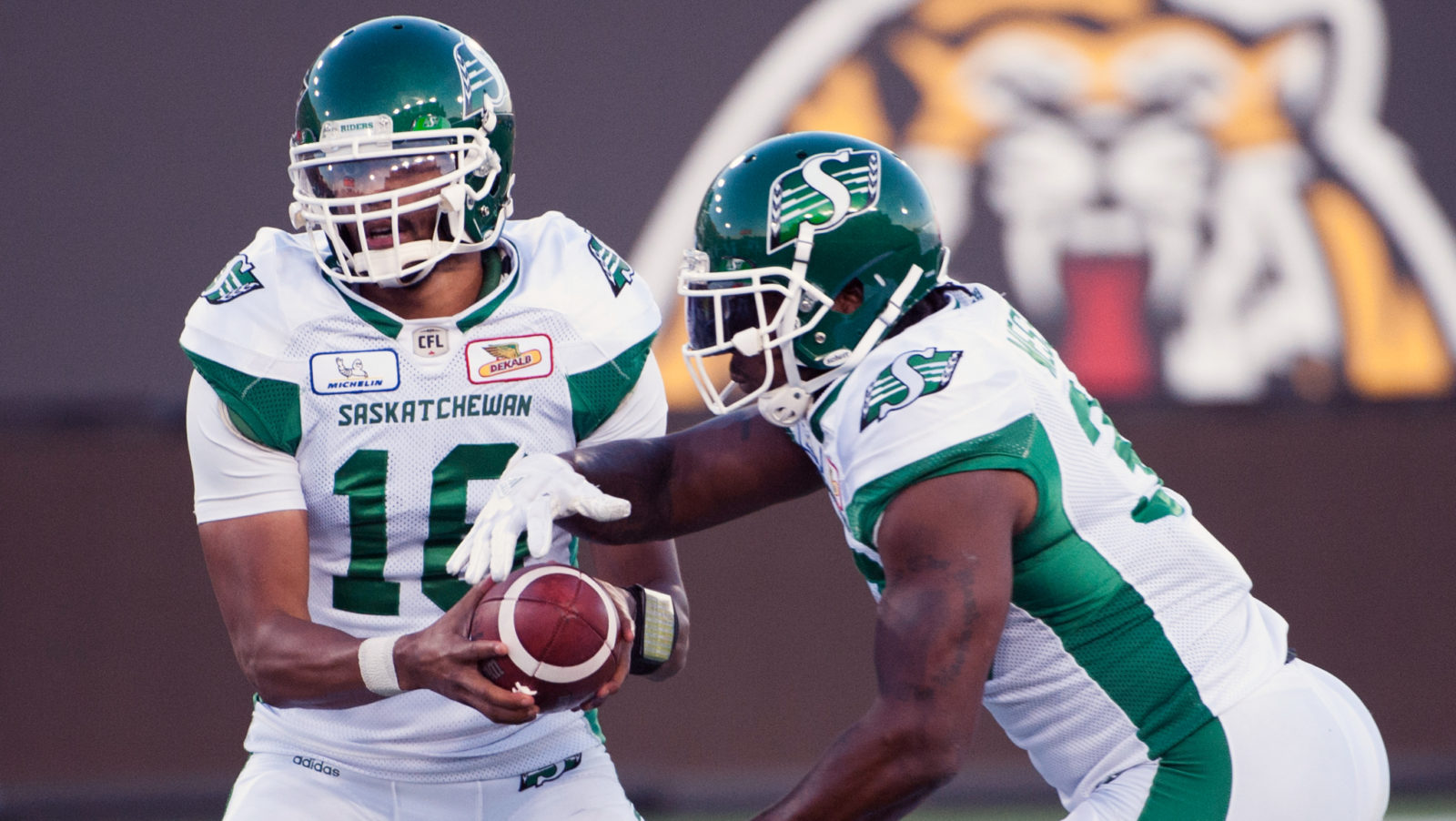 TORONTO — What a difference a week can make.

After a slow start, the Saskatchewan Roughriders answered the bell in a big way, earning a home-and-home sweep of the Ticats as they climb the West Division standings.

Over that span, Canadian quarterback Brandon Bridge has completed 28 of 35 attempts (80%) for 266 yards, one touchdown and no interceptions, showing he can handle the starting role under centre. Meanwhile, the defence has played at an elite level, forcing eight turnovers and allowing just 33 points.

From the league’s most dominant pass-rushing duo to a rushing attack ranking third in the CFL, there’s lots to like about the Riders. With six straight games against the West, we’re about to find out how far Chris Jones’ team has come. But for now, they’re trending upward.

The Calgary Stampeders’ defence only had to take the field once in the first quarter of Saturday’s Week 6 finale vs. Montreal. Think about that for a second! DeVone Claybrooks’ defence is dominating every statistical category and the offence isn’t far behind, making the Stampeders far and away the No. 1 team in the CFL through six weeks.

With a home date with the Riders coming soon, the Eskimos need to avoid overlooking their matchup with struggling Montreal this week. The up-and-down Esks have lost twice to East Division foes and can’t afford to play down to their opponents if they want to keep pace in the West.

The Bombers have been hard to figure out, but a resounding road win over the Argos in Week 6 showed just how dominant this team can be. Andrew Harris is in mid-season form, Matt Nichols has shaken off the rust and Richie Hall’s defence is finally starting to play up to its potential, making the Bombers a definite contender in the West.

One win over the Ticats wasn’t enough, so the Riders repeated their efforts in Week 6 on the way to a statement win at Tim Hortons Field. With a defence led by Ed Gainey, Charleston Hughes and Willie Jefferson, average quarterback play is all the Riders need to win most games. Brandon Bridge can give them at least that.

The benefit of the doubt can only last so long as the Ticats fall three spots following a home-and-home sweep by the Riders. A promising start has been erased for June Jones’ club, with Jeremiah Masoli enduring his worst game since becoming a starter back on Labour Day. New additions Jamaal Westerman and Chris Williams give the team a new look going into Week 7.

Despite some ups and downs, Trevor Harris got his bounce back game with a 363-yard performance and, most importantly, the victory against the BC Lions. The REDBLACKS may be a mystery right now, but so are all of the teams ranked 2-9. A first-place battle with Hamilton on Saturday will be a measuring stick.

Mark Washington deserves lots of credit for what he’s done with a makeshift defence that, going into the season, appeared to be full of odds and ends. That’s a cohesive unit right now that, combined with a healthy Travis Lulay, could see the Lions do better than expected this season.

It’s been one step forward, two steps back for Marc Trestman’s team so far this season. There are plenty of questions in Toronto, not the least of which being how James Franklin responds to his first bit of adversity as a full-time starting quarterback. The Argos need to figure things out fast.

Did the Alouettes show some fight against the best team in the CFL, or did the Stamps take their foot off the gas? Either way, the urgency is obvious in Montreal right now after the club acquired Johnny Manziel in one of the biggest trades in CFL history. It’s a new day in Montreal.