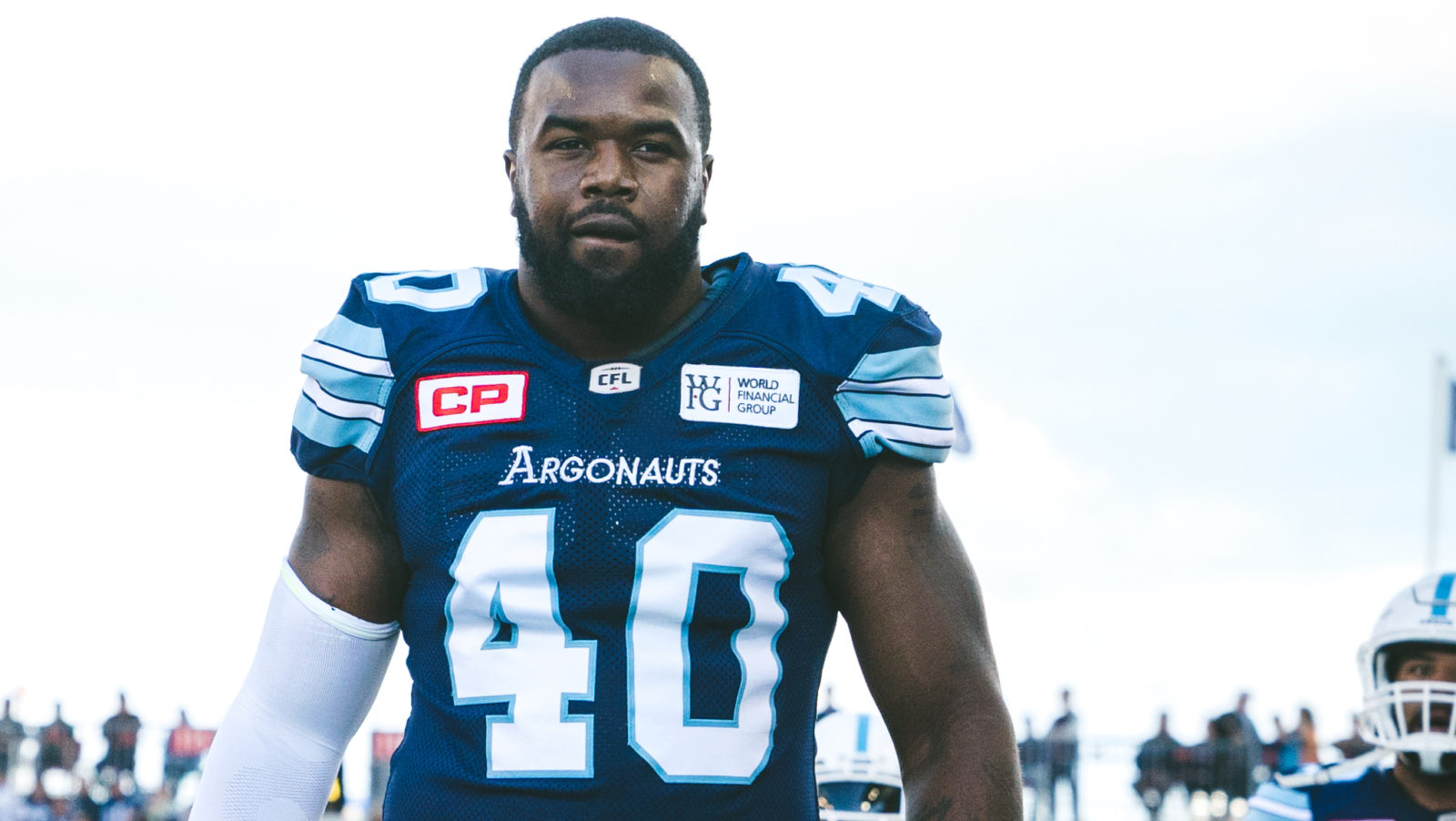 TORONTO — The BC Lions have officially acquired defensive end Shawn Lemon from the Toronto Argonauts, the teams announced Tuesday morning, in exchange for a player on the club’s negotiation list.

Lemon confirmed Tuesday morning he  had been dealt following a report from 3 Down Nation.

Originally arriving in 2016 via trade with Saskatchewan, Lemon has enjoyed a productive couple of seasons with Toronto, earning East Division All-Star honours in 2016 before winning the second Grey Cup of his career in 2017.

In 33 games with the Boatmen, Lemon has recorded 23 sacks.

“Shawn is one of the premier pass rushers in the CFL and he will be a great addition to our defensive line.” said GM Ed Hervey. “Winning the battle at the line of scrimmage is critical to our success and acquiring Shawn at this point in the season gives us a lot of options moving forward.”

The 29-year-old defensive lineman began his career with the Saskatchewan Roughriders in 2011, but has also seen action with the Edmonton Eskimos, Calgary Stampeders and Ottawa REDBLACKS during his eight-year career. The talented defender has recorded 117 total tackles, 51 sacks, one interception and 19 forced fumbles through 80 career games.

In BC, Lemon will have the opportunity to line up opposite Odell Willis. The Lions’ defence has just nine sacks in five games thus far.

“To the fans, the city — thank you,” Lemon said in his message posted on Twitter. “You embraced me when no one else did. I found a home here, and I will forever love this city.”

This season Lemon has recorded one sack in five games, while the Argos are off to a 1-4 start. They’ve struggled to pressure opposing quarterbacks thus far, recording six sacks, tied for last in the league, while allowing a league-worst 412.8 yards per game.