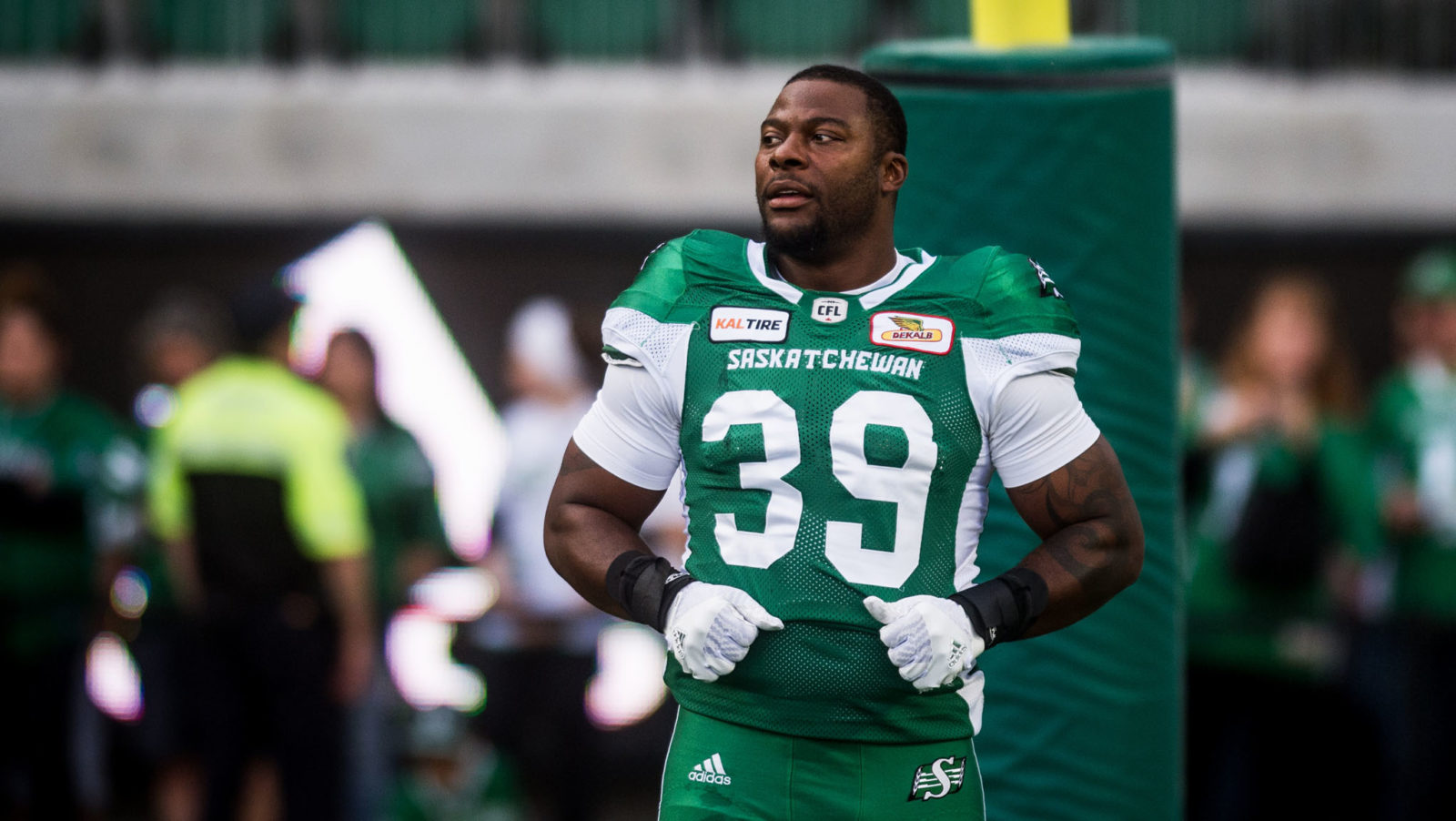 REGINA — The Calgary Stampeders have a familiar face awaiting them in Riderville this week. Though come kickoff, it won’t be a friendly one.

After 147 games and 99 sacks wearing red and white, Charleston Hughes faces his former team for the first time on Saturday — and with a league-leading six sacks already to his name with his new team, you can be sure he’ll be a focal point.

Hughes spent a decade with the Stampeders, winning two Grey Cups and appearing in two more before parting ways in an off-season trade. The 34-year-old was sent to Hamilton in a deal that would keep him out of the West, only for him to be flipped to Saskatchewan the same day.

With John Hufnagel as general manager, usually the Stampeders are on the right side of their personnel decisions, and the decision to move on from a defensive end well into his 30s was hardly frowned upon. But if the first five games of 2018 are any indication, Calgary’s loss is Saskatchewan’s gain.

On Saturday, Hughes will look to haunt his former team in a critical early-season West Division clash: 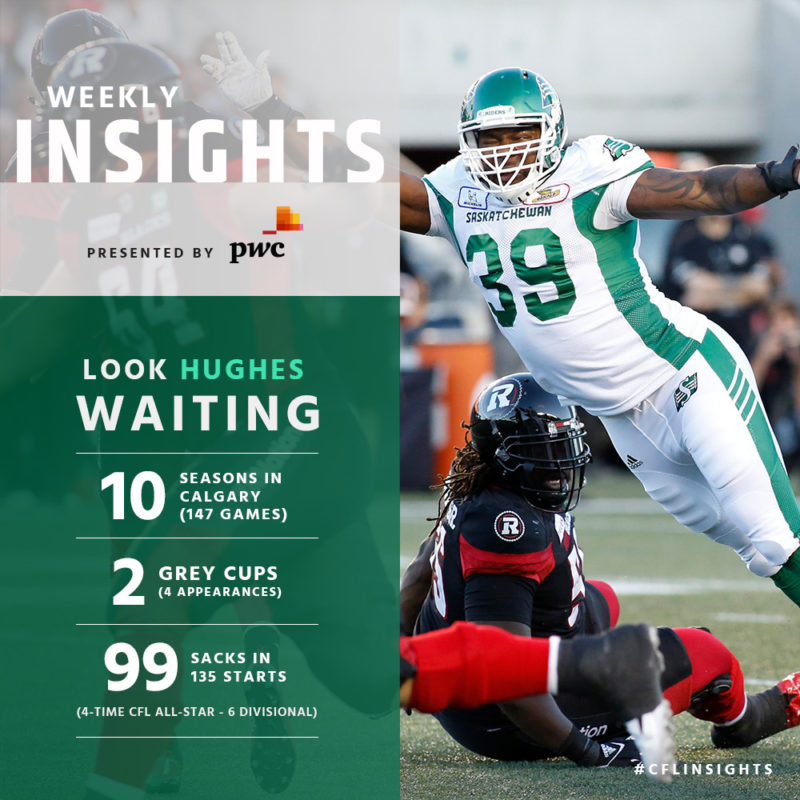 In Saskatchewan, Hughes forms what is widely considered the most dynamic pass-rushing duo in the CFL along with Willie Jefferson. The Riders’ defence, meanwhile, has been the strength of a 3-2 start, including most recently back-to-back wins over the Hamilton Tiger-Cats.

With his career sack total up to 104, Hughes is a longshot to catch Grover Covington for the CFL’s all-time record at 157. But that doesn’t mean the Saginaw, Mich. native isn’t already considered one of the greatest pass rushers the league has ever seen.

Hughes has not only been a catalyst for his team’s success, he’s also been remarkably consistent from season to season. He’s recorded five or more sacks in every season of his career, hitting double digits in five of his last six seasons. And throughout his prolific career, Hughes has finished the season on top of the sack leaderboard on three different occasions.

During his time in Calgary, he recorded 450 tackles, 44 tackles for a loss, three interceptions and three fumbles. He was a CFL All-Star four times and a divisional all-star six times.

As he continues to climb the all-time charts, Hughes is one sack short of being tied for 10th all-time. He’s trailing Rodney Harding (105), with Tyrone Jones (110) in near sight.

Coincidentally, Hughes left Calgary tied for the most sacks in team history with Will Johnson (99), and is currently averaging 0.68 sacks per game in his career.

For everything Hughes has accomplished in his career, Week 7 will mark a first, and an odd one at that. He’ll face the Calgary Stampeders for the first time.