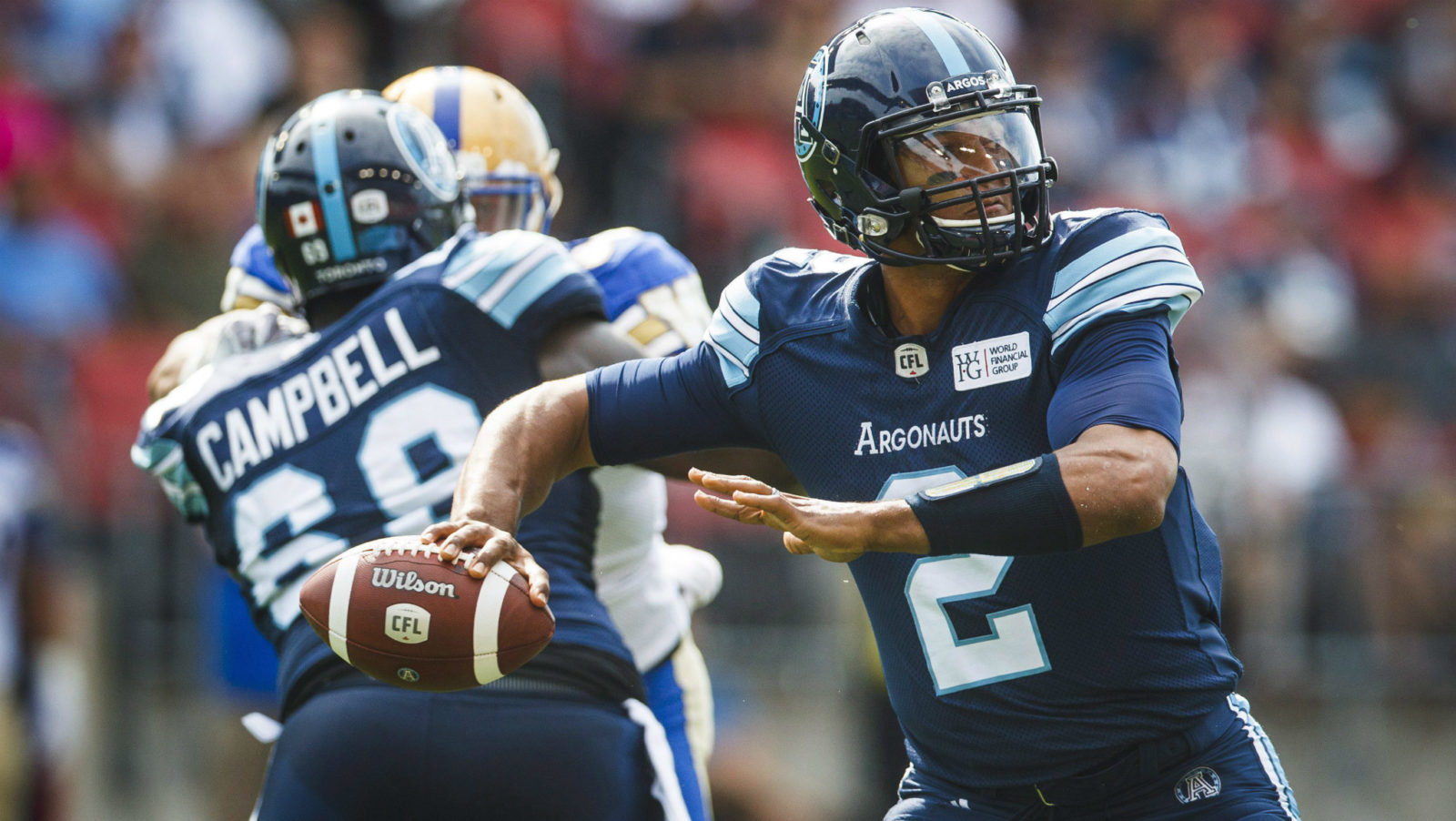 TORONTO — Whether you’re a CFL team, a Total CFL Pick ‘Em player or a CFL.ca writer, there’s a lot on the line, and all of it continues as Week 7 gets set in the Canadian Football League.

Mike Reilly and the Eskimos kick things off in Montreal against the Alouettes Thursday night, but it seems to be the Saturday afternoon matchup between the Ticats and REDBLACKS that has our writers split.

*View rules and regulations, including prizing.

» LISTEN: The CFL Fantasy Podcast
» CFL Pick ‘Em: Get your picks in!
» Be the GM in CFL Fantasy
» Your guide to Week 6 of CFL Fantasy 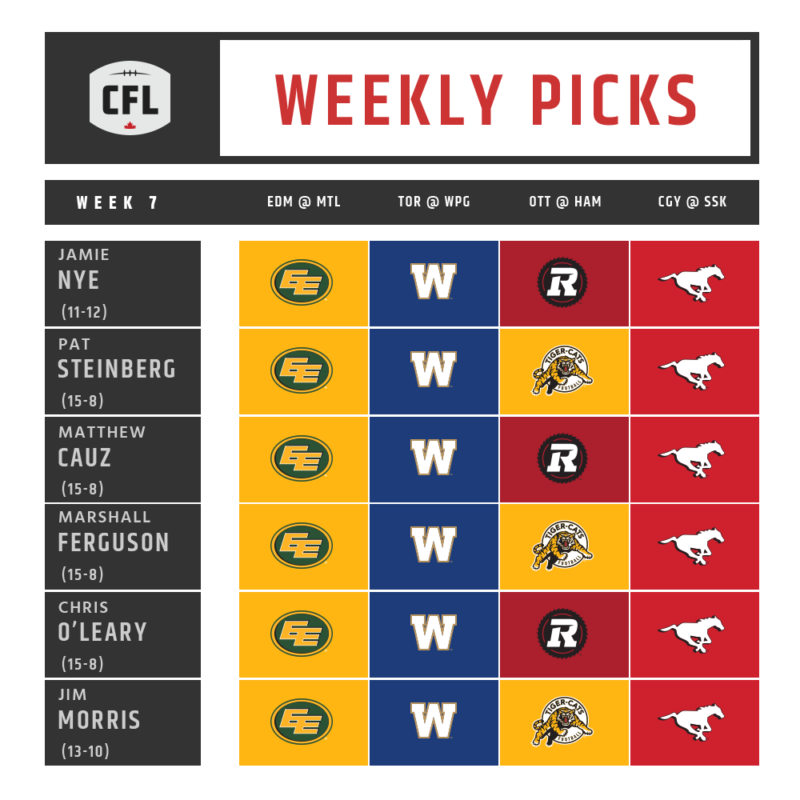 Montreal caused a lot of buzz across the league when they went out and acquired Johnny Manziel from the Hamilton Tiger-Cats. The word out of Montreal is that he’s there with the intent to eventually start, just not this week. That goes to Vernon Adams Jr., who was named the starter for Thursday’s tilt against the Eskimos.

Manziel is said to be getting playing time. It’s just a matter of when and how much.

As for the Eskimos, Mike Reilly, along with his dynamic duo in Duke Williams and Derel Walker, will look for their fourth win of the season, aiming to keep in reach of the Stampeders, especially if they continue to go undefeated.

Andrew Harris had a career day just one week ago when the Blue Bombers took on the very same Toronto Argonauts. The difference between then and now? Location. Winnipeg will be at home where they’ve split their record at 1-1.

It’s yet to be determined whether James Wilder Jr. will be available for Friday’s game. He, along with teammate and recent signing Dexter McCluster was reported to have left practice with apparent lower-body injuries on Wednesday.

Regardless of the situation behind the quarterback, the performance of James Franklin will be crucial in giving the Argos a chance in taking the game after the Bombers defeated the Boatmen at BMO Field a week ago.

Jeremiah Masoli is the guy moving forward. If it wasn’t evident before, it’s especially true now with the departure of Johnny Manziel.

The addition of Chris Williams to the Ticats already stacked receiving corps opens another level of opportunity for Masoli and the offence. As to how much he’ll be involved in the offence has yet to be determined, but likely will be a limited role with only a few days spent on the new playbook.

Ottawa’s Trevor Harris will look to take advantage of the opportunity he and the REDBLACKS have on the road after a pair of inconsistent performances at TD Place Stadium. the REDBLACKS aren’t as dinged up on offence as the Ticats are, and will likely lean on William Powell to run loose against a defence that allowed over 150 yards on the ground versus Saskatchewan.

Bo Levi Mitchell‘s knee doesn’t seem to be an issue as he’s said that he’s been able to move around with more comfort at practice this week. That’s perhaps bad news for the Roughriders as Mitchell has been the conductor behind the league’s top scoring offence.

The bad news for the Stampeders is they now have to face both Jerome Messam and Charleston Hughes. The pair were released by the team in the off-season and were both scooped up by Saskatchewan. It’s an interesting dynamic that could impact both sides of the ball on Saturday when the two teams square off.