Berg vs. Ferg: Who is the CFL’s top coaching prospect? 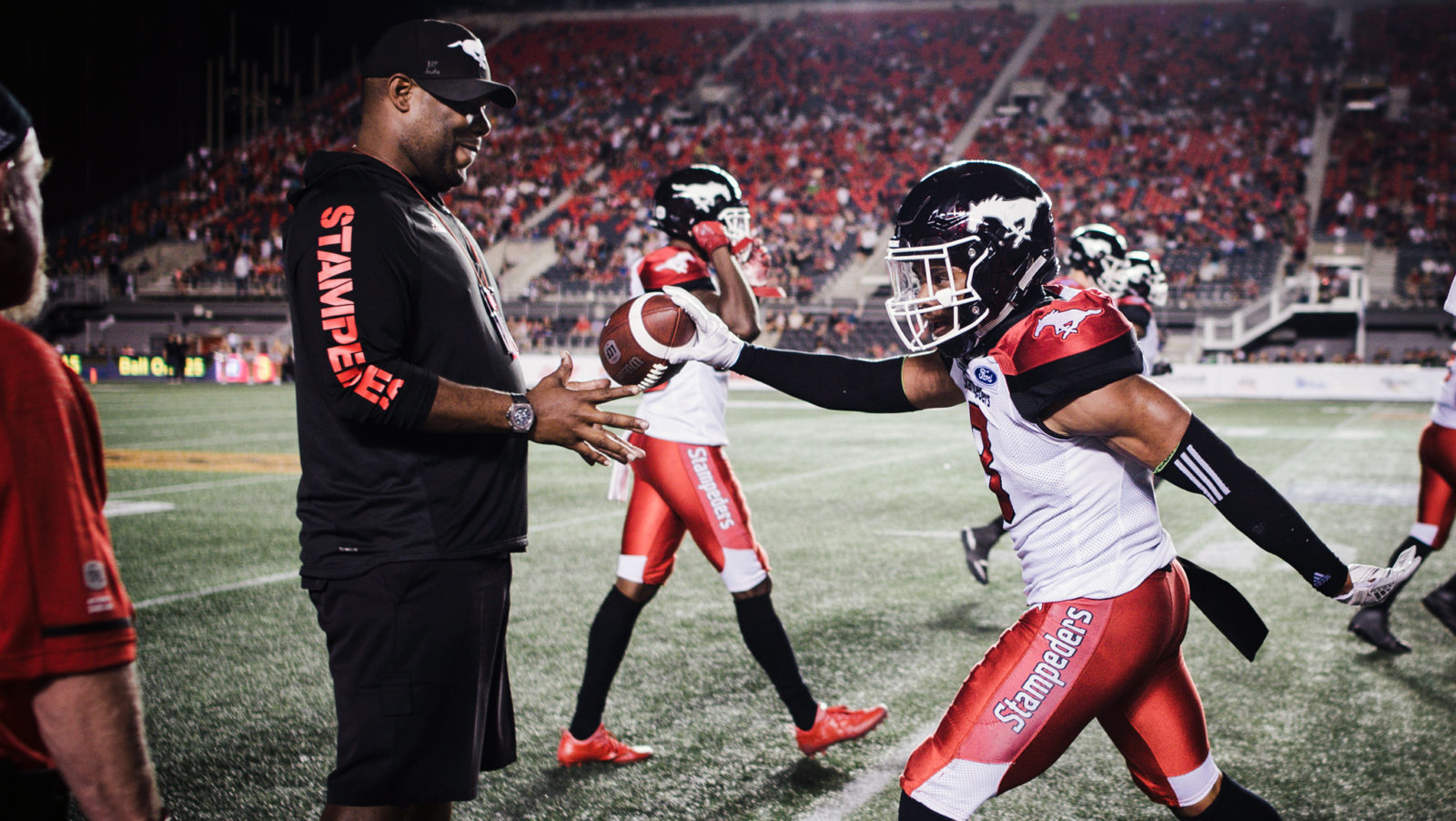 Berg vs. Ferg: Who is the CFL’s top coaching prospect?

Berg vs. Ferg returns for another season on CFL.ca as columnists Pat Steinberg and Marshall Ferguson debate over some of the league’s most contentious storylines. This week they debate over the CFL’s top coaching prospect.

Professional head coaching jobs are seldom available and when they are, they’re difficult to get. That’s especially true in the CFL, where there are only nine jobs with many of them filled by almost untouchable figures (Marc Trestman, Chris Jones and Dave Dickenson aren’t going anywhere if they don’t choose to).

With Wally Buono stepping away from the sideline, we know that one job will be available next year in BC. With it being in a big-market city and a proven GM leading the hiring process in Ed Hervey, that vacancy will be an attractive one for the Lions with many of highly-qualified suitors lining up.

It begs the question, who is the can’t-miss coaching prospect right now in the CFL?

Hamilton’s Orlondo Steinauer and Calgary’s DeVone Claybrooks have led the discussion for the last couple of years, both being young, energetic and innovative defensive minds that have brought immense success to their respective club.

In BC, Mark Washington was considered a leading candidate to take the job in Montreal last year, and the former CFL defensive back has done an impressive job with a Lions defence that’s gone through a lot of change this season.

Noel Thorpe has been waiting a while for his opportunity, most recently moving from Montreal to Ottawa to become the REDBLACKS’ new defensive coordinator.

And finally, don’t forget about Marcus Brady, who the Argos have struggled without this season. Brady left for an NFL job with the Indianapolis Colts but comes from the Marc Trestman/Scott Milanovich coaching tree and could one day return.

There are plenty of candidates, but who’s the top coaching prospect in the CFL? More in the latest Berg vs. Ferg:

Calgary Stampeders defensive coordinator DeVone Claybrooks will be a head coach in the CFL. At this point, all that needs to be determined is when, and in a lot of ways, that’s really up to him.

Claybrooks was in the mix to take over in Montreal during the off-season but opted to pull himself out of the mix to remain with the Stamps. If there are coaching jobs open this winter, you can bet Claybrooks will be at the top of the conversation once again.

What Claybrooks is doing with Calgary right now is ridiculous. Through five games, the Stampeders are far and away the best defence in the league, and it’s not really close. They’ve allowed 46 points (!) in five games and lead the league in almost every defensive category, including passing yards against, rushing yards against, turnovers forced, and turnover ratio. This isn’t a new thing, either.

Since taking over as DC, Claybrooks has presided over a team that led the league in points allowed in 2017 and finished third in 2016. In two-plus seasons with him, Calgary has been the CFL’s best and most consistent defensive unit, which is no coincidence. Claybrooks commands the respect of his players, but does so on a relatable level. After all, he was still playing as recently as the 2011 season.

What really seals the deal for Claybrooks is his rapid ascension. We’re talking about a meteoric rise from player to head coaching candidate, and that’s an attractive quality. In just his seventh season as a coach, Claybrooks has shown he relates to his players, prepares them extremely well, and gets elite performances from them on the field. Whenever he’s ready to leave Calgary, he’ll have a CFL head coaching job waiting.

Take one look at the Hamilton Tiger-Cats’ sideline during pregame warmups and it’s not hard to tell who the next head coach in ‘The Hammer’ is.

Coach O, as he is known to most Ticats, could have gone just about anywhere in the NCAA as a coordinator or head coach after turning around a Bulldogs defence despite an incredibly difficult schedule to begin 2017.

Instead Steinauer returned to Hamilton to work with the receivers and prepare for his next opportunity.

Mention his name to any Hamilton player from Orlondo’s last run with the Black and Gold and a smile quickly appears. He is likeable, fair, relates to players and communicates as well as any coach in the CFL.

Orlando Steinauer is ready to be an effective CFL head coach right now but he is waiting for the right opportunity and a chance to have long-term success once he takes the lead role.

Once he gets that chance there is no doubt in my mind the Ticats or any other CFL team lucky enough to swoop in and acquire his services will be better off for the extent of his tenure.