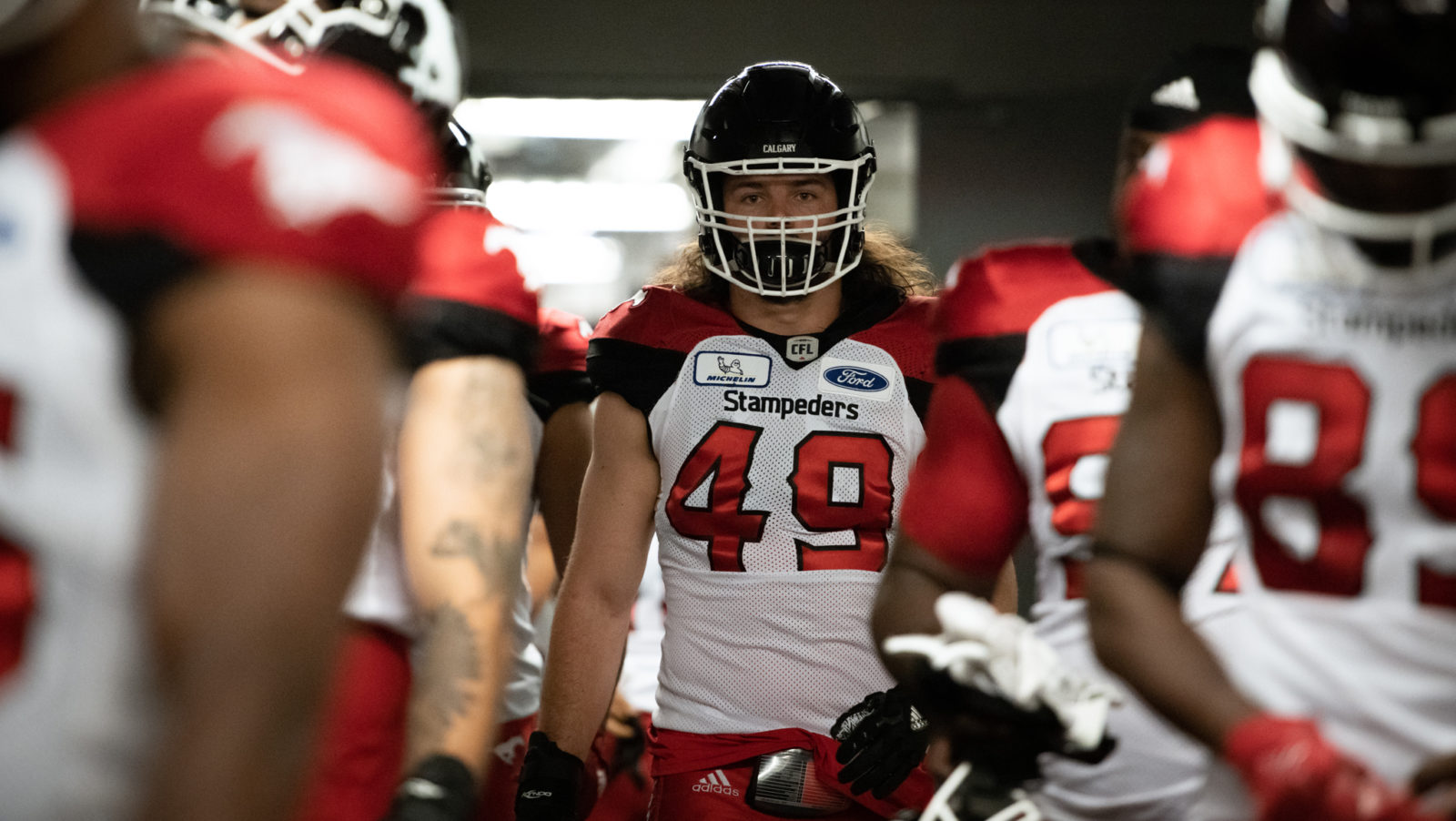 REGINA — The Calgary Stampeders defence has allowed a league-low four offensive touchdowns so far this season. But ask Eric Rogers – who goes head-to-head with the team’s secondary every day in practice – and he’ll tell you that if his receiver group had the chance to, they’d score even more than that.

“I always tell them,” Rogers said a game preview call with the media on Wednesday. “We’ll probably score three touchdowns on them if we played them in a real game.”

Calgary’s defensive group is leading almost every defensive category in the CFL through Week 6. They have allowed a league-low 46 points (Ottawa is the next lowest total with 111). They lead the league in sacks (16), forced fumbles (seven) and hold the best turnover ratio at +13. The Stamps are on pace for +47 which would set a new CFL and club record. The CFL record is +41 set by Edmonton in 1981 and Calgary’s club record is +27 set in 1996. 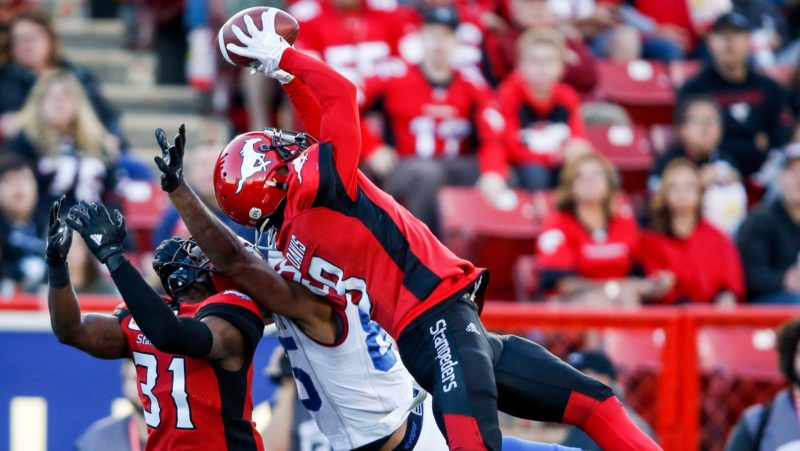 Calgary has also tallied seven interceptions so far this season, that’s just one behind Winnipeg for the top of the league. Defensive backs Brandon Smith and Emanuel Davis both have a pair while Patrick Levels, Tre Roberson have one each. Lineman Micah Johnson also nabbed a pick to add to the team’s total.

“They communicate well,” said Rogers of his team’s secondary. “They have a relationship with each other. They talk things out. They’re patient. They have some good cover guys.”

So what makes this entire defensive group so special?

“Just competition that we want to keep putting good stuff on film just in our room,” said linebacker Alex Singleton, who joined his teammate Rogers, and Sasktachewan’s Charleston Hughes and Naaman Roosevelt on the call.

“We’re competing against each other first and foremost and then just doing what the coaches are telling us to do. The biggest thing (is to) go out there and execute a game plan that you can compete.”

The Saskatchewan Roughriders host the Stampeders and that stellar defence on Saturday night at Mosaic Stadium. The team has run into some offensive struggles to start the season, inconsistencies at quarterback being the biggest issue they’ve had to overcome.

Despite that, going against the league’s best defence hasn’t changed how Roosevelt and the rest of the Riders prepare for the contest.

“We just, as an offence, have to make sure we execute,” Roosevelt said, explaining how the pass-catchers prepare for Calgary’s secondary. “That’s what we’ve been doing this whole week is making sure it’s just on us to go out there and do what we do.

“All week we meet together, we try to do things to get our chemistry down. Week by week we’ve been getting better. It’s just for us to go out there and just execute.”