Manziel on debut: ‘This game humbles you’ 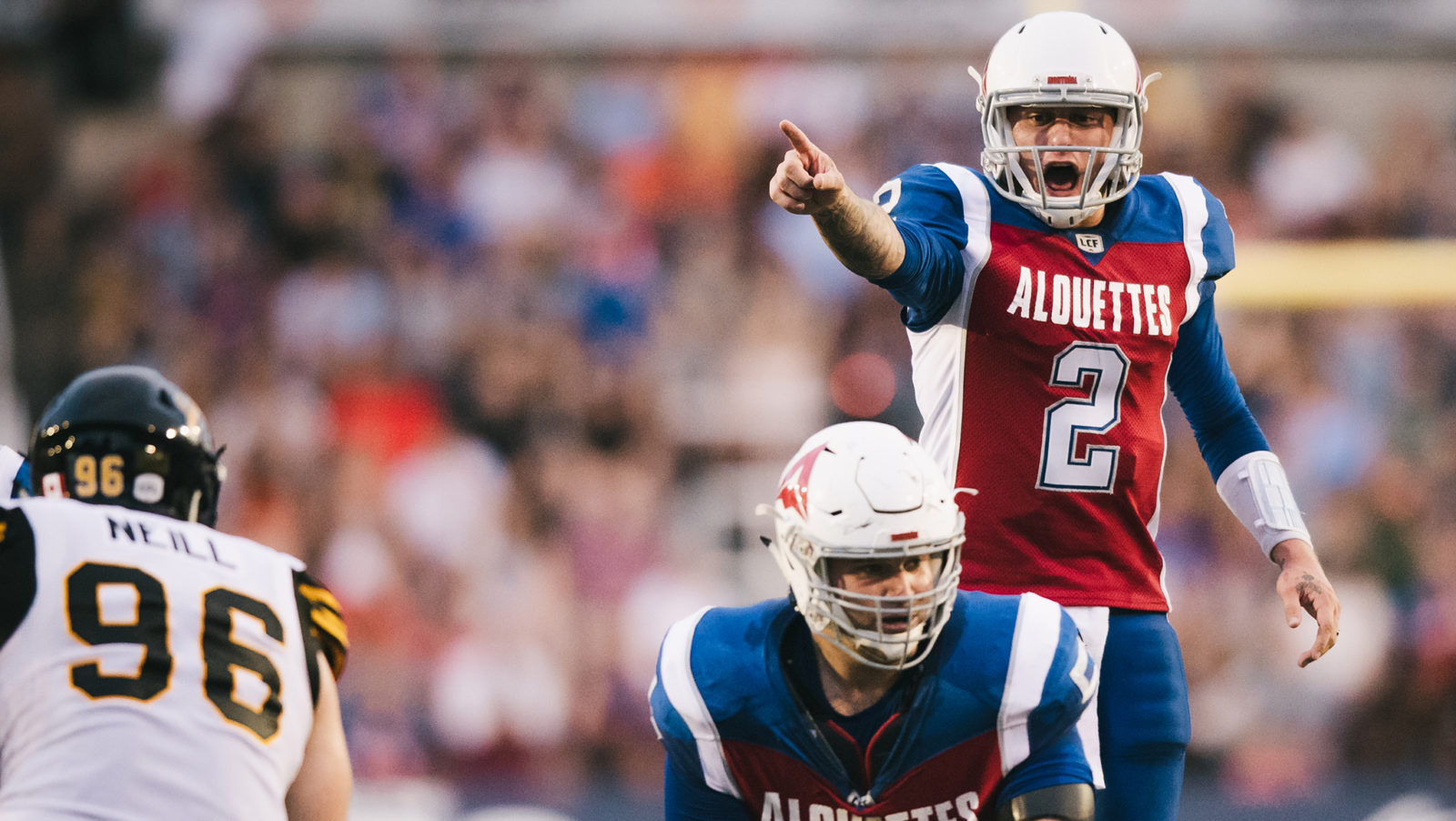 Manziel on debut: ‘This game humbles you’

MONTREAL — Johnny Manziel‘s CFL debut was a baptism by fire on Friday night. In his first professional game since 2015, the 25-year old former Heisman trophy winner learned almost immediately how demanding the three-down game can be.

Less than four minutes into the game, his first career pass was intercepted by linebacker Larry Dean. It was the start of a trend for Manziel, who ended the evening with four interceptions – all of them coming in the first half.

After the game, he attributed his early struggles to nerves.

“I think I might have been just a bit too amped up,” he said. “As the game started off, I made a really uncharacteristic throw on the first drive and that really set us back.”

Manziel acknowledged that after that initial drive, which resulted in a Hamilton touchdown, the mistakes compounded.

“It really put us in a bad spot, and I sit here at the end of the day and take a lot of responsibility for this loss,” he said.

While he’d only had a few practices under his belt, Manziel felt he had prepared enough for the game.

“I didn’t lack any confidence coming into this game,” he said.

“It didn’t look like anybody was ready today,” he said. “The defence, the offence, the special teams. I don’t have any regrets. He’s going to have to get his first game out of his system.”

Sherman wasn’t second guessing himself about his decision to throw Manziel in so soon.

“The only regret I have is that we disappointed a great home crowd on a beautiful night,” he said.

Despite the lopsided loss, Montreal remains in the thick of the playoff hunt in the East Division. While it remains unclear if the Als will rely on Manziel to get them to the postseason, he remains motivated to contribute.

“This is a humbling experience,” he said. “Moving forward, this is only going to motivate me.”

Both he and the Als have eight days off before their next test, in the nation’s capital on Aug. 11.