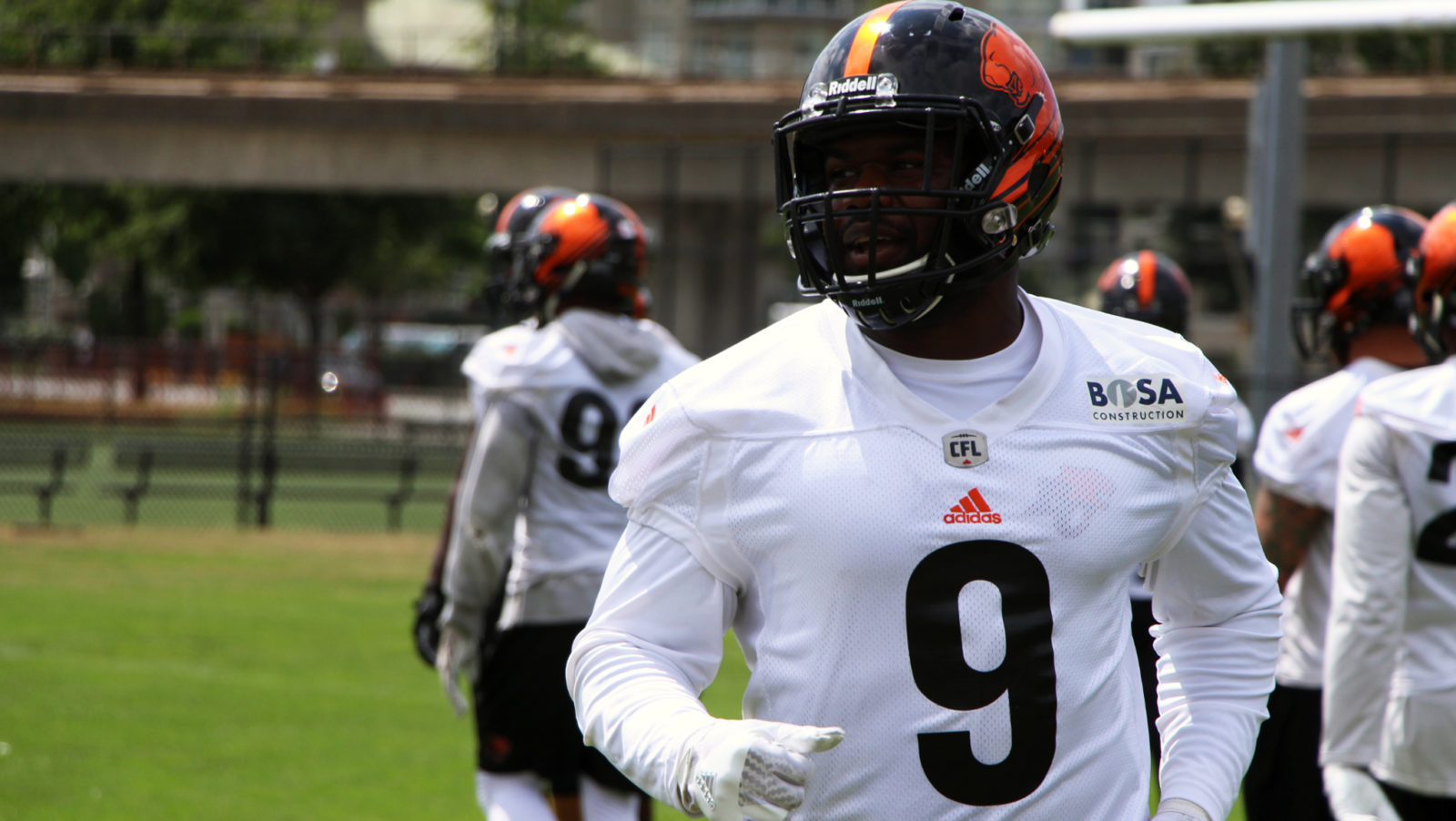 Even before they were teammates Shawn Lemon and Odell Willis were friends. Now that they are both BC Lions, it only makes sense the two defensive ends are having fun together.

Willis said the addition of Lemon doubles the headaches for quarterbacks around the league.

Lemon hadn’t been in the Lions locker room long before he and Willis cooked up the 9-1-1 idea. 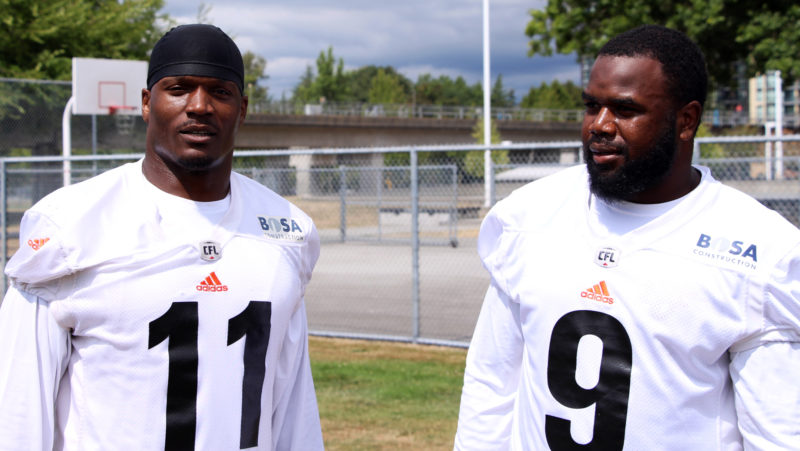 “It’s just a little something we’re having fun with,” said the 29-year-old who has played for six teams in his eight CFL seasons. “It happened kind of naturally then we just went with it. A paramedic type of theme for the offensive tackles.”

The Lions (2-4) will need a strong defensive effort when they face Mike Reilly and the Edmonton Eskimos (5-2) Thursday night at BC Place Stadium.

The BC defence has allowed 165 points (seventh most in the league), given up an average of just over 405 yards of net offensive a game (seventh worst) and has forced just nine turnovers (tied for last).

Of the 10 sacks the Lions have managed this year, Willis has four.

In last week’s 27-18 loss to Calgary the Lions had the Stampeders second-and-long several times only to give up a big play, including a 53-yard touchdown pass to Kamar Jorden.

Lemon, who won a Grey Cup with Toronto last year and with Calgary in 2014, hopes to bring “a championship mentality” to the Lions.

“I understand what it takes, the small details,” he said. “I just want to get to the quarterback and be as disruptive as I can on the field.

“I’m coming in, fitting in the defence, trying to add to the pieces. I have a good running mate here.”

Lions head coach Wally Buono likes Lemon’s skills at getting to the quarterback.

“The thing about a pass rusher is they are hard to find,” said Buono. “Usually they are in their early 30’s because it’s an art.

“Shawn has been that way no matter where he’s been. Last year when (Toronto) won the Grey Cup he was a big part of that. When you have a guy that can come off the edge it helps. When you have two, I think it makes it even better. The protection can only slide to one guy.” 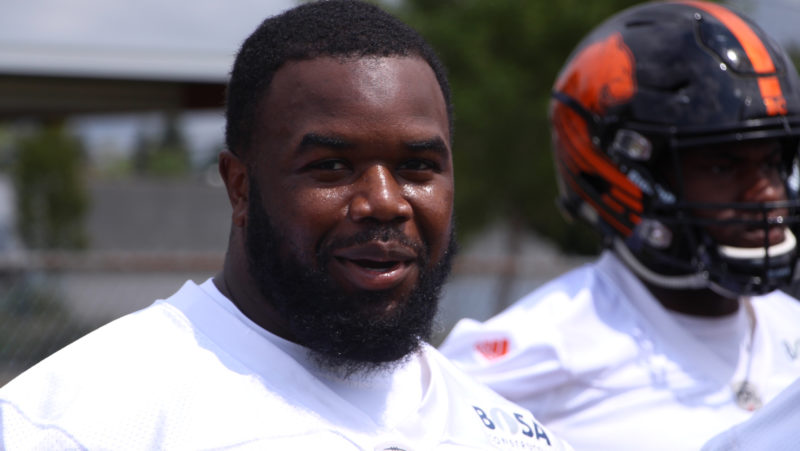 Not surprising, Willis considers defensive end one of the hardest positions to fill on a team.

“You can find receivers and defensive backs off the street anywhere,” he said. “It’s hard to find any offensive linemen or defensive lineman to go out there and play.

“To have a quarterback is important but to have guys that can protect them and get after them is even more important.”

The Lions obtained Lemon from Toronto for the rights to a player on BC’s negotiation list. Being traded wasn’t something Lemon expected.

“Most definitely surprised,” he said. “One thing about professional football, you have to hit the ground running with it.

“I feel like my lifestyle and my career throughout the CFL has been a bit of a surprise. One thing about me is I have a good family foundation, a good core group of friends that keeps me together.”

Lemon is anxiously waiting to be joined in Vancouver by his wife and his dog, a Yorkie named Dallas who he calls “my best friend in the world.”

“When I was in college we were living in apartments,” Lemon explained. “I didn’t want to get a big dog. I got a little dog and fell in love with him from there.”

Lemon and Willis first met in 2011. Lemon was trying make a Winnipeg Blue Bomber team that already had Willis on the roster. Lemon was released but the two men stayed in touch.

Even when they were on separate teams Lemon and Willis would talk and text looking for tips and insights about opponents.

“He’s a guy I normally converse with through the week preparing for teams,” said Lemon. “In the CFL you play the same teams. You bounce ideas off each other.

“We actually talked (the week before BC) played Ottawa. I was giving him some pointers and he was giving some pointers on Winnipeg. It’s amazing how things work out. A few days later we are on the same team together.”

While Lemon was talking, Willis walked past holding an imaginary cell phone to his ear.

“Call your offensive coach,” he yelled. “Tell them they’d better check the scouting reports. We are on the way. Operation 9-1-1 is going down.”