Herm Harrison and John Helton may not have realized how similar they were until they were both Calgary Stampeders.

By that time, the two men that grew up three hours apart in Pennsylvania — Harrison was eight-years older than Helton — had both chosen to play their college football at Arizona State University, had eschewed NFL interest and opted instead to pursue a pro career with the Stampeders.

Harrison would play tight end for the Stamps from 1964 to 1972; Helton was a defensive lineman in Calgary from 1969 to 1978. They shared a Grey Cup win together in 1971 and both went on to cement themselves as Canadian football hall of famers and all-time greats in the team’s history.

When they retired from football, both stayed in Calgary to raise their families.

“Even though dad was (pursued) by multiple NFL teams at the time,” recalled Harrison’s daughter, Tamara Thurman, “(Lehew) said that the racial atmosphere of the U.S. during the 1960s was not good at all. He really highly recommended Canada to my dad.” 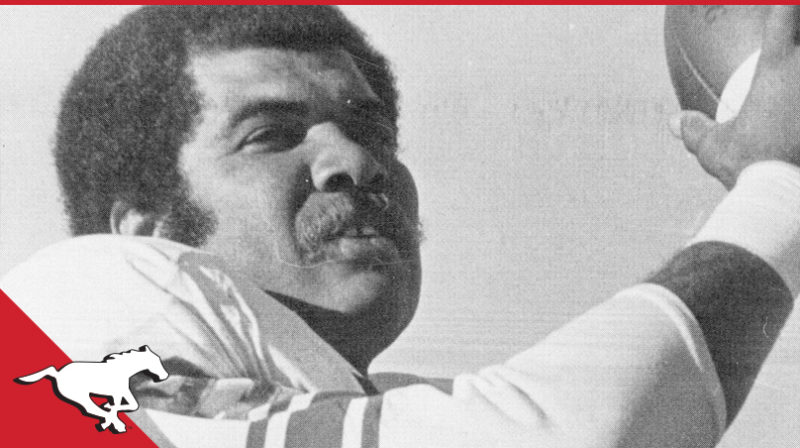 Helton was taken in the seventh-round of the 1969 NFL draft by the Buffalo Bills. He knew Harrison at that point and knew how highly he spoke of Canada, too.

“If I had played in the NFL, I would have made the roster and perhaps my athleticism would have allowed me to start. However I think that there’s more to life than what I call the hype scenario of NFL football,” Helton said from his home in Kelowna, B.C.

“I could not see for me personally, playing in the States because there weren’t a lot of places that I felt like I’d like to live. I was comfortable in Arizona because I went to university there. And when I went to my hometown, fine. But if I had lived in many communities in the States, then I would not have fared well as a black man….that’s always my first appearance.

“I know that every place has its problems but it’s better for a person to have an option and a choice than to have (what’s) reduced to a very small option…I never regret.”

In his time in Calgary, Harrison established himself within his team as a go-to for incoming American players, helping them adjust to a new city and country. It was an extension of his personality that went at least as far back as his college days. At ASU, he roomed with the team’s quarterback, marking the first time in the school’s history that a black and white player roomed together.

“I think the reason how that happened was that Herm could be a friend to anybody who needed a friend. Herman could get along with anybody,” Helton said.

“I found that Herm was always just an easy kind of man. Don’t do anything that’s not right and you’ve got it made. It didn’t matter who you were.

“My grandfather always used to say it is not who is right, it is what is right. Today we have various degrees of right and wrong. It’s not spelled out so straight. I like to think that the way Herman saw things is the way I’d like to see them also.”

Thurman said that her father came to Calgary seeking a better quality of life.

“He decided to (come to Canada) and then he met my mom and of course I came along,” she said. “Being biracial in Calgary at that time (the early 1970s) was definitely leaps and bounds, too. But him feeling comfortable and them as a couple feeling confident in that, it was definitely…kind of cutting edge as well back then.” 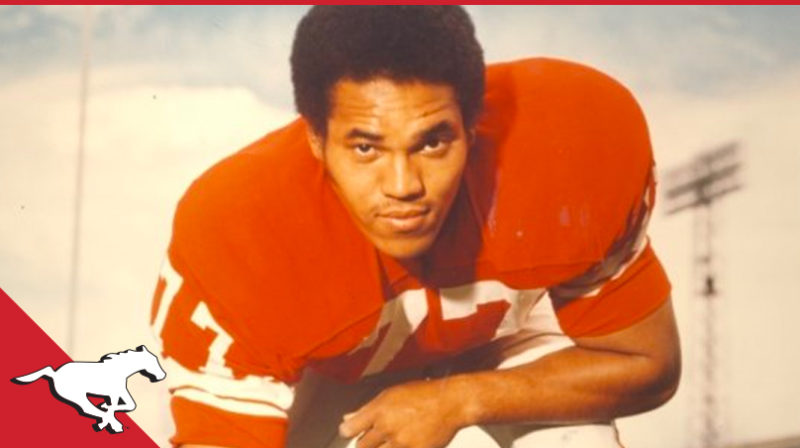 Helton and Harrison’s time as teammates was relatively short, but a deep bond was formed over those four seasons. As Helton says, when you age, all you’ve got from your athletic career is those friendships and the stories and experiences that you share. He has loved meeting with former teammates and other Stamps alumni over the years.

“We had been over to a game and I even have Herm on my phone, laughing and joking. I keep that on my phone because that was the last game we attended,” Helton said of their late October, 2013 meeting.

Helton told his old teammate that he would come by and see him before he left to go back to Kelowna. He ended up parked outside of Harrison’s home for 30 minutes, waiting for him to come back, when he finally saw Harrison pull up in his truck.

“We talked for probably two hours, just laughing,” Helton said. They made plans to meet again in a month or so. While visiting his mother in Pennsylvania, Helton got a call informing him Harrison had died in his sleep. Helton thinks back to that visit now and is glad he’d kept his word to meet his friend that day and that they got to spend that time together. He viewed his 14-year CFL career as a job and like any job, it’s about the people you meet and spend your days with.

Both he and Harrison saw opportunity in Calgary and chased that. It changed their lives.

“The sport of football is only a composite of the people that I played with over the years,” he said.

“When I went to Calgary, I could have gone back to the States to live and play and all that, but it was a really good group of (former Stamps) guys and I really enjoyed Calgary the city. It’s a great sports town, the whole bit, but even more than that Calgary was a great town for people. It was a good place to live and raise your family.”