Neal Hughes remembers being a kid in Regina and hearing what was said sometimes about First Nations people.

“I’m not a visible First Nations person,” Hughes, who is Metis, said, “People will start talking, saying some things. I just speak up and if it’s across the line I let them know it’s not appropriate.

“I like to try and bring a positive light to my cultural background. I’ve learned a lot about it and it’s a positive thing. Every walk that we come from should be proud of our roots and proud of where we come from.”

Born and bred in Regina, Hughes came through the local minor football system to play for the University of Regina Rams. He lived out his childhood dream of not only playing for the Riders (2004-2015), but won Grey Cups with the team in 2007 and on home soil in 2013.

His path to the Riders wasn’t an easy one.

“I grew up and it was government funded housing by a Metis organization in Regina,” he said.

While Hughes progressed on the field, he found a great inspiration at home from his mother. She enrolled in the U of R’s Saskatchewan Urban Native Teacher Education Program (SUNTEP) and got her education degree.

“She was the first Metis woman in my family to get a university degree,” he said. When he went to the U of R to play football, he went the same route and became a substitute teacher in the offseasons that he was with the Riders. He’s currently in medical device sales in Regina.

“Now there are numerous other family members that have followed in her footsteps and have gotten degrees. She’s kind of an inspiration to everybody,” he said. 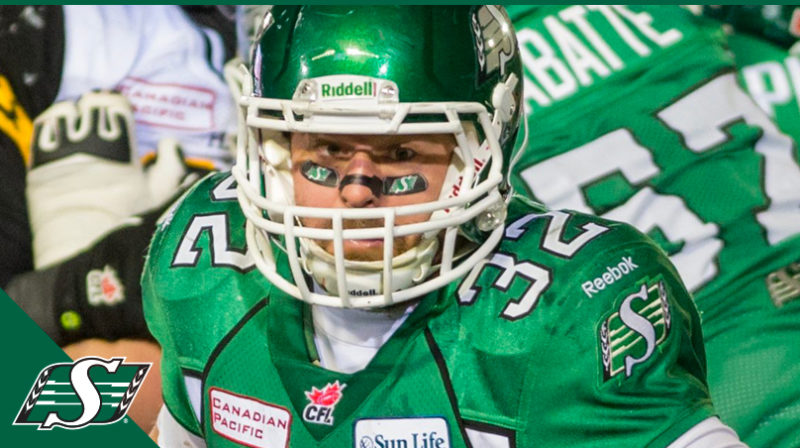 While with the Riders, Hughes went across the province, speaking to kids at schools about bullying and inclusion.

“Myself, Brendon Labatte and Dan Clark a few years ago had the opportunity to do a little visit to northern communities. We flew to Pelican Narrows and Stony Rapids and visited communities that are way, far north.

“They never really had opportunities to see people that played in the CFL. It was neat to bring that positive energy to those schools and talk about bullying and diversity.

“What I tried to do through the Riders and my teaching experiences was just kind of let people know that it’s OK. Especially the First Nations, Aboriginal students. You can still succeed in the world, no matter what anybody else tries to tell you.”

Hughes understands the impact that guest speakers can have on school-aged kids. A smaller guy on the field, he remembers then-Rider and current Winnipeg Blue Bombers defensive coordinator Richie Hall speaking at his school when he was a kid, just getting to know football.

“(Hall) was the smallest guy I could ever see playing football (Hall is five-foot-six). I took that as some motivation,” Hughes said. “I wasn’t a huge guy either, but he just said, ‘You play with heart and play with character.’ I did my best to do that.

“I never let the dream die. There were a lot of times that the people around me, the family and friends that supported me through rough times (believed in me). Without the help and support of those people and coaches along the way I would have never realized my dream, but it was always there.”

Hughes played in 140 games in his career and the way he talks about it, you get the feeling that he can recall a moment from every game. It was an incredibly unifying thing to be a part of a team, he said.

“You see it in pro sports all the time and that’s diversity is strength, definitely. I hope and wish that that would carry over into the real world, outside of football. I think the CFL is doing a great thing, bringing awareness to that.”

He looks around his community and says he can see the strength in diversity here and there.

“There’s a lot of work to go. As in any community there are going to be struggles,” he said. “As long as we’re working toward one common goal to do our best to stay positive and look at the positive things, work on those and work on the things that need working on…it’s like in football. Everything carries over into the real world for me and football.”