Trawick patrolled the lines in Montreal, and broke the CFL colour barrier

Trawick patrolled the lines in Montreal, and broke the CFL colour barrier

It didn’t matter to Herb Trawick that he wasn’t the player that the Montreal Alouettes initially wanted, or that the team gave him, in 1946, what felt like a lowball offer for a three-time All-American from Kentucky State.

That offer provided him an opportunity and he knew what he could do with it.

“Excellence was kind of built into his DNA. He had his own standard,” Herb Trawick Jr. said of his father.

“From my perspective, particularly as a kid, there wasn’t a distinction between the guy on the field and how he performed and the guy off the field.”

Trawick was the first African-American player to suit up in the CFL. His transition to a new country was ultimately successful and came at the same time that Jackie Robinson was playing with the Montreal Royals (the two were friends, Trawick Jr. says). What likely bonded them was that despite breaking the colour barrier, they were running into similar obstacles, especially in the early days. 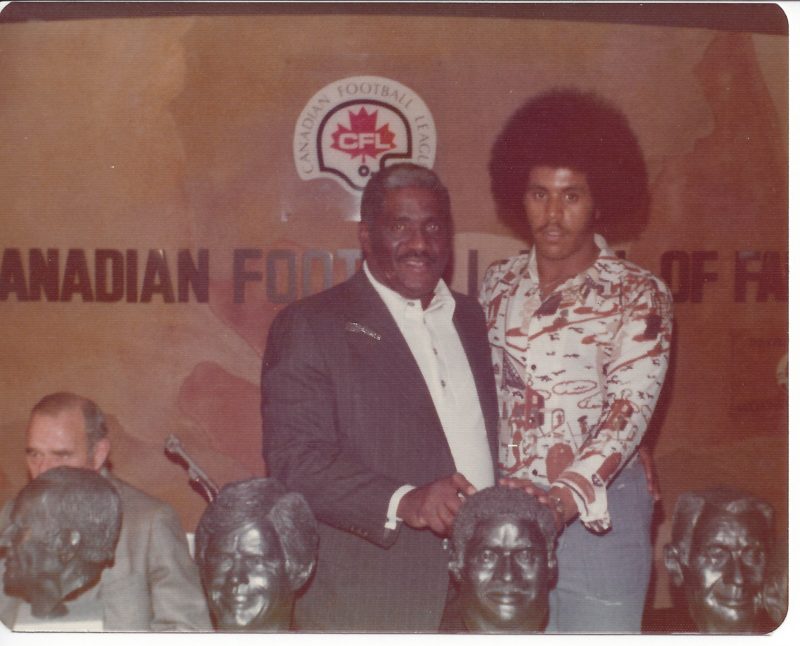 “Because I came along afterward, I only heard stories from him and then read things,” Trawick Jr. said.

“It would be hard to deal with the things he faced. You couldn’t get a job in the offseason, had to go through the kitchen instead of the front door of hotels, and were treated differently on the field while being one of the stars. It was the tenor of the times, but it was never OK.

“And then obviously it got better. I don’t know that it was as harsh in Canada as it was in the U.S. Although I do know that there were hardships, for sure.”

Playing offensive and defensive line, Trawick made an immediate impact with the Als, being named an all-star in his rookie season; his first of five consecutive selections and seven through a 12-year career.

At the end of those first few seasons, offseason job opportunities were limited, despite Trawick graduating from school with two degrees.

Perhaps it was a shift in attitudes, or because of his success on the field, but Trawick was able to settle in Montreal. He became a Canadian citizen in 1953, four years before his final season, and he built himself a career in his post-playing days.

Trawick Jr. remembers his father running a distribution business, having a fleet of trucks that delivered circulars, or flyers around the city. Up to his death in 1985, he was known for his generosity and community-minded spirit. The city named a park after him in 1997.

“Being the only Canadian-born (child), Montreal was always our family’s home city,” Trawick Jr. said. “I’m speculating a bit, but my father’s early football success, being embraced for his athletic prowess and his personality…made it very easy to fall in love with Canada.

“The U.S. was a different place at that time in terms of options and opportunities and the colour thing, all that stuff. I think it just fit his personality. It was the right kind of city, the right time and he was in a good space, career-wise.”

Trawick Jr. only has good memories of Montreal. He’s gone on to build a successful life and career in the music and entertainment business in Los Angeles but he says Montreal has always called out to him, especially over the last couple of years.

“You’re just proud. It’s hard not to be proud. In Montreal there’s a park named after my Dad. There are some memories to go back and grasp onto,” he said.

“You just say, ‘Wow, not only did this guy make contributions, but the city recognized it and it was mutually beneficial.’ There was a great deal of appreciation. Maybe I should come back here and live. I think about that sometimes, too.”