Argos team up with You Can Play 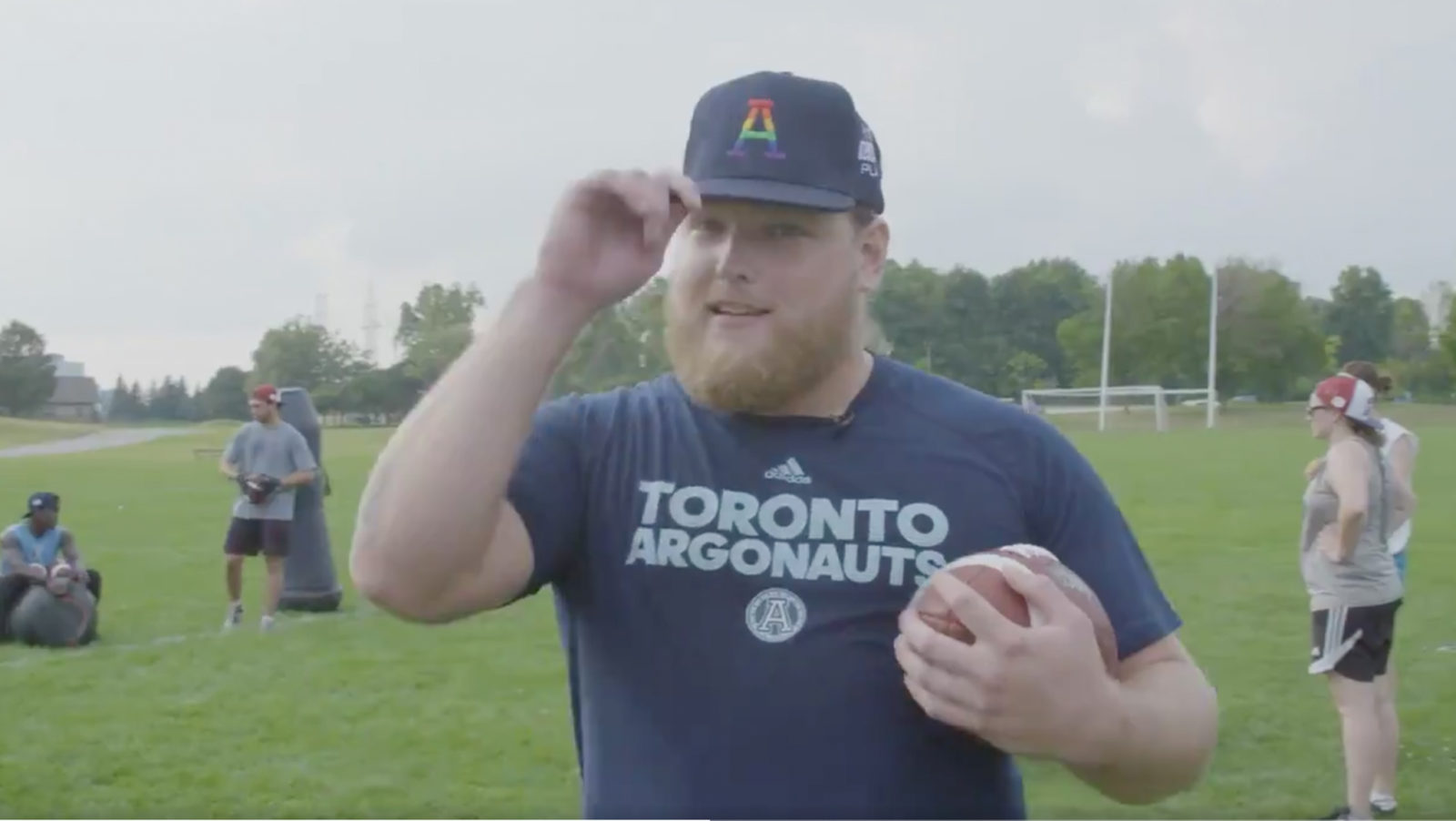 Argos team up with You Can Play

The Toronto Argonauts have partnered with You Can Play ahead of their August 18th game against BC.

Players from the team ran an intro-to-football session with You Can Play athletes as part of the Argos’ efforts to promote inclusion ahead of Saturday’s contest at BMO Field.

“I don’t think anybody should be discriminated for any reason,” said Argos O-lineman Chris Kolankowski, one of the guest coaches at the session. “If you love the sport, you’re willing to work hard, you should get the opportunity to do what you love.”

A week from today we celebrate @YouCanPlayTeam night at BMO.

Catch the latest Pull Together feature with You Can Play athletes getting put through the paces by some special Argonaut coaches. pic.twitter.com/iEJtxRJsOe

One of the You Can Play athletes was Jessica Platt, the first openly transgender professional athlete.

“When I was in high school, we had two females on our football team,” remembered Campbell. “And sometimes, when we went to other schools, our opponents had a problem with that. But they were still balling.

“In anything in life, if you can contribute to something, you should be given the opportunity.”

Tickets for Toronto’s You Can Play game, which coincides with the league’s #DiversityIsStrength campaign and the Canadian National Exhibition next door, are available here.

Fans can use the promo YCPARGOS to receive a sweet YCP-themed team hat and send $5 from their ticket price to the organization.