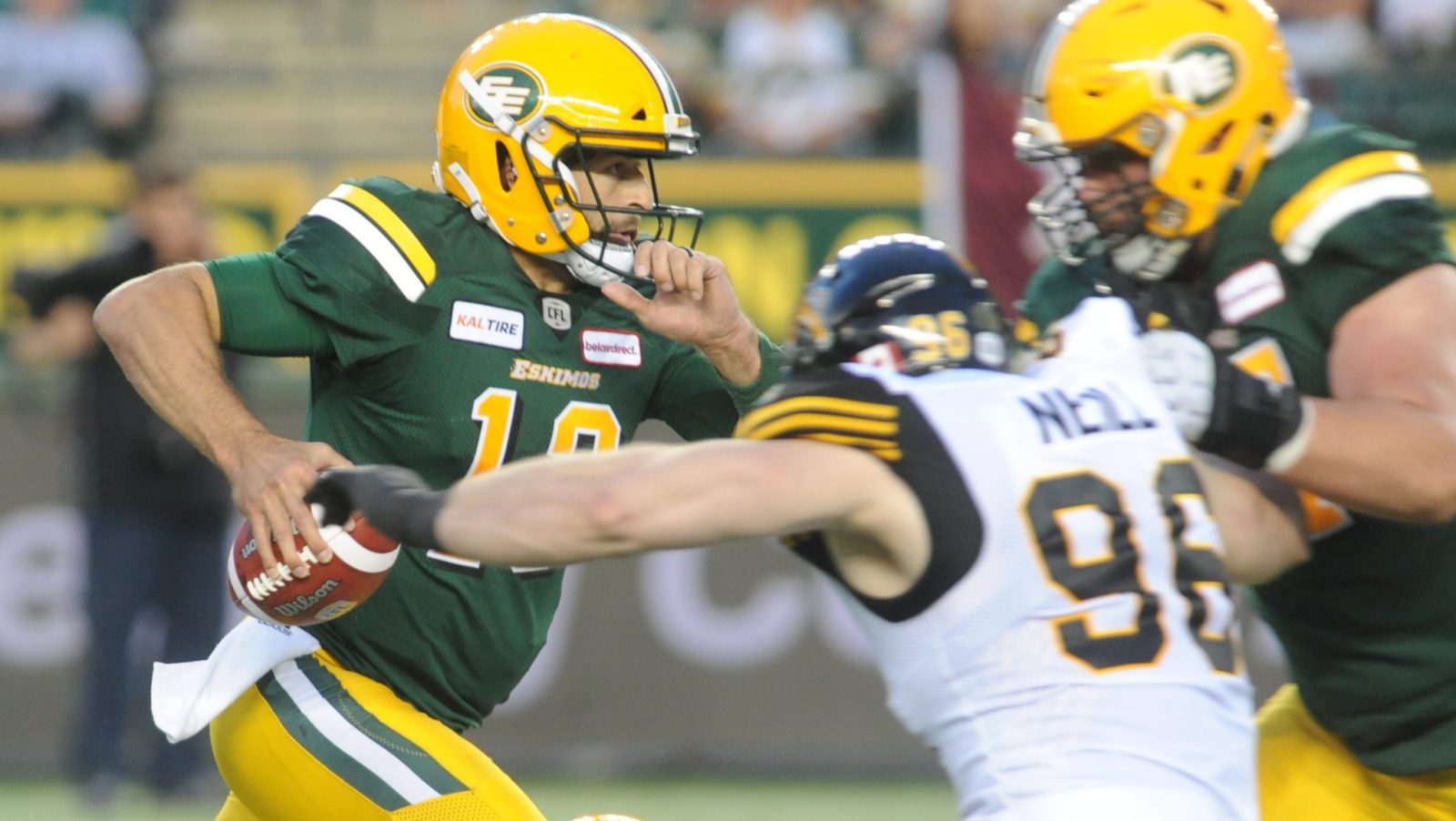 TORONTO — Doug Flutie never had any issues eluding defenders in his prime, but 20 years after leaving the CFL he may finally be caught — at least in one sense.

Flutie is the only quarterback in league history that can claim he’s scored 50 combined touchdowns in a season, accomplishing the feat four times throughout his prolific career including an all-time high 56 in 1994.

Later this year, though, Flutie may have some company, as Edmonton Eskimos quarterback Mike Reilly is threatening not just the 50-plus milestone but the all-time mark.

After scoring four more touchdowns against the Alouettes in Week 10, Reilly has 27 combined touchdowns in 2018 — an average of three per game, putting him on pace for 54 on the year: 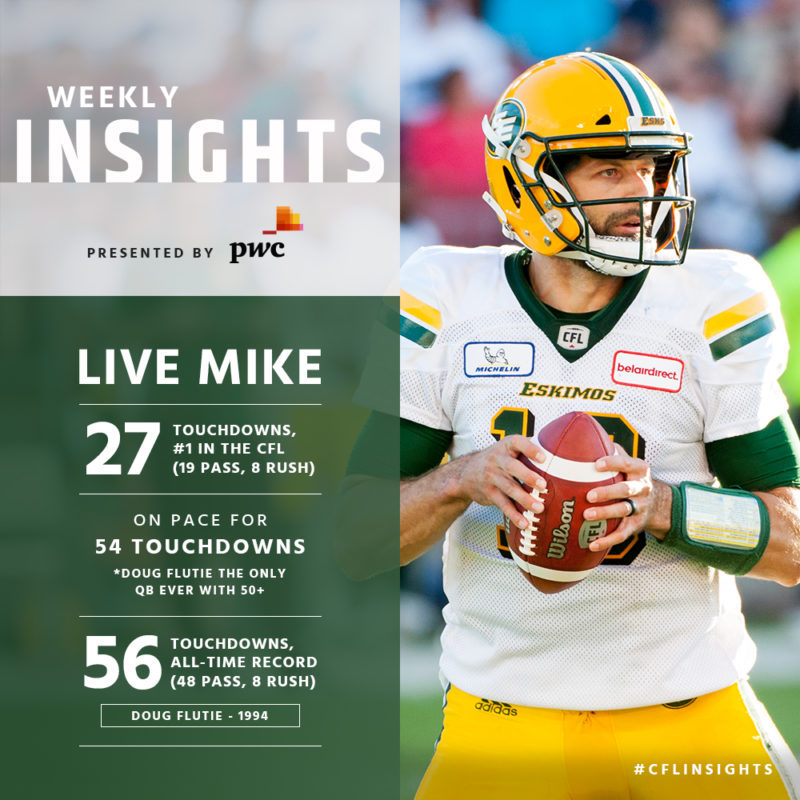 At the midway point of the season, it appears no milestone is too ambitious for the reigning Most Outstanding Player.

Nine months after being named the league’s top player last November in front of fans and family in the nation’s capital, Reilly is enjoying another stellar campaign and is on track to go back-to-back, an achievement not seen since Anthony Calvillo in 2008 and 2009.

Reilly’s Eskimos are 6-3 and currently sitting second in the West, improving the quarterback’s career mark to 51-36 as a starter. Since entering the league in 2011 with BC, Reilly has thrown for 25,109 yards with 137 touchdowns and 75 interceptions. He’s added 42 touchdowns on the ground, including a career-high 12 last season.

The 33-year-old will try to win his second Grey Cup as a starter in November (he earned a ring in 2011 as a backup to Travis Lulay), but in the meantime, Reilly continues to etch his name in stone alongside some of the greatest quarterbacks the CFL has ever seen.