How discipline keeps the CFL’s best in the win column

How discipline keeps the CFL’s best in the win column

In football, discipline is something that every coach preaches.

Maintaining discipline in football requires consistency and commitment from players and coaches. What you see on game day is the result of a week’s worth of preparation, with all 12 players on a team working in unison with a shared process and philosophy to how they take the field on game day.

In partnership with AGF Investments, we are conducting a two-part analysis of how disciplined processes play a role for the elite CFL teams who are able to separate themselves from the rest of the pack.

Through Week 10 of the CFL season, the Calgary Stampeders have been an excellent example of showing how applying discipline can help an athlete and a team reach their goals. The team suffered its first loss of the season, losing 40-27 to Saskatchewan on Sunday, Aug. 19, but are still at a league-best 7-1.

Here’s why the Stamps sit near the top of our Discipline Rankings:

Staying Out of Penalty Trouble 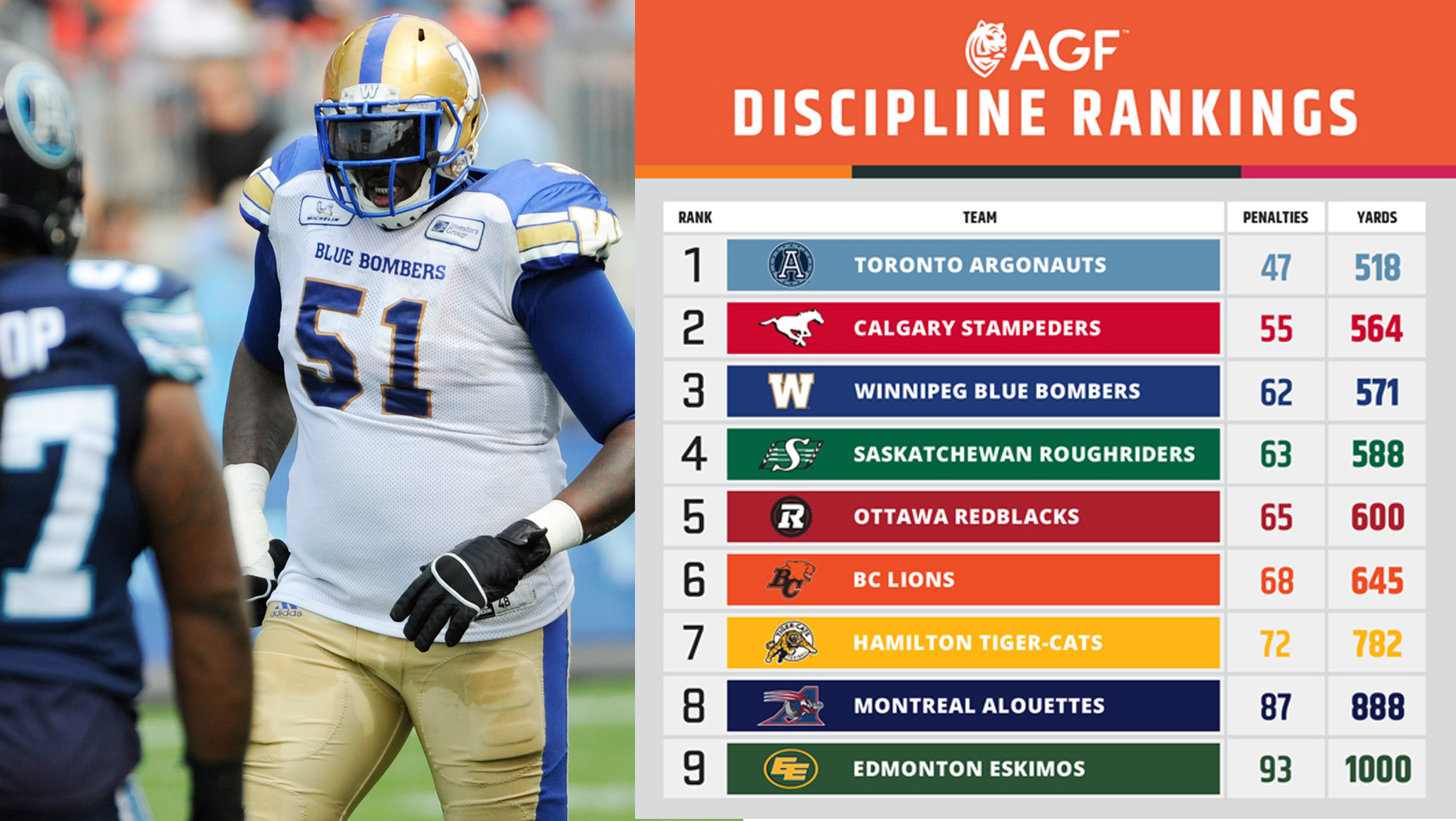 Winnipeg, Calgary and Toronto round out the top three most disciplined teams in the CFL through 10 weeks.

The Stamps have been flagged 55 times and surrendered 546 yards in penalties. That’s the second-best mark in the league, behind the Toronto Argonauts. When you compare that total to the two worst offenders in the league — Montreal has 87 penalties and Edmonton has a league-worst 93 — and you see the benefits that discipline can bring.

Linebacker Alex Singleton only has three penalties this season. He took two of them in the Stamps’ season-opener on June 16. Singleton leads Calgary with 50 tackles.

Staying out of penalty trouble can also prove to be catastrophically costly when they come at the wrong time. Fans — those in Saskatchewan, in particular — will always remember the 2009 Grey Cup, when a too-many-men flag cost them a championship.

With the game on the line, the Riders sent an extra player out on the field for Montreal kicker Damon Duval’s 43-yard attempt. Duval missed and just as the players and fans began to celebrate, the field was littered with the officials’ orange flags. The Riders were penalized 10 yards for the extra player and Duval of course lined up from 33-yards and sent the ball sailing between the uprights and his team into the history books. 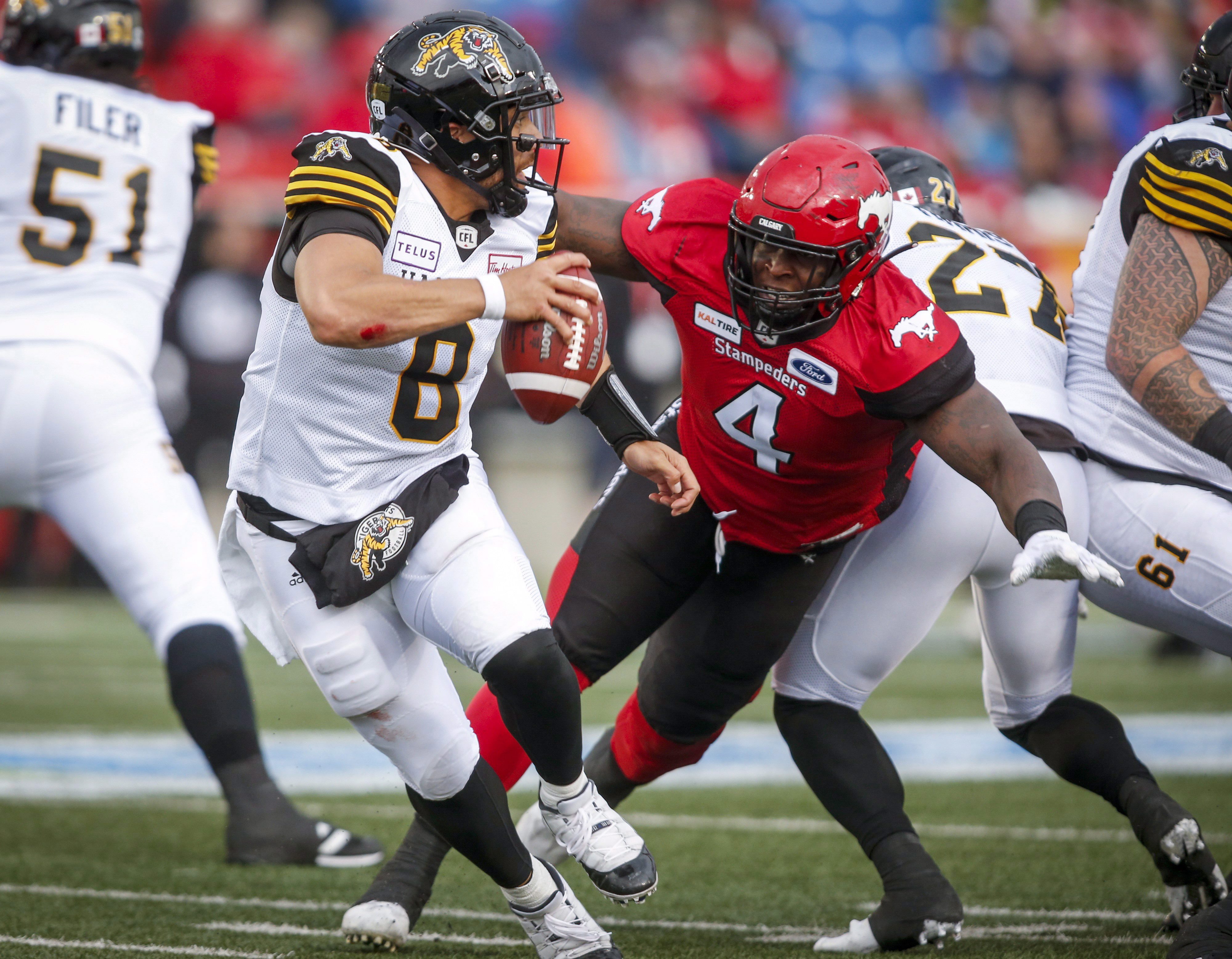 One of the league’s most dominant interior linemen, Calgary Micah Johnson leads his team in sacks and forced fumbles and has only earned three flags in the process.

What makes Calgary’s efforts so impressive this season is that its defence has been almost airtight so far this year, holding teams to 15.8 points per game. Playing defence is a hard, physical task and the Stamps have been consistently playing it at a higher level than every other team in the league.

Some standouts on that Calgary defence include:

Calgary defensive lineman Micah Johnson plays one of the most consistently physical positions on the field and has been doing it cleanly. He was flagged three times this year, but hasn’t had an infraction since Week 3. He leads the team in sacks and forced fumbles.

Defensive back Brandon Smith is tied for the team lead in interceptions this season, with two. Smith has taken just one penalty this season, back in Week 3.

On the offensive line, where it’s easy to jump the line of scrimmage and be called for a procedure, Derek Dennis kept a clean sheet through the team’s first seven games. He picked up his first procedure of the season in the loss to Saskatchewan. 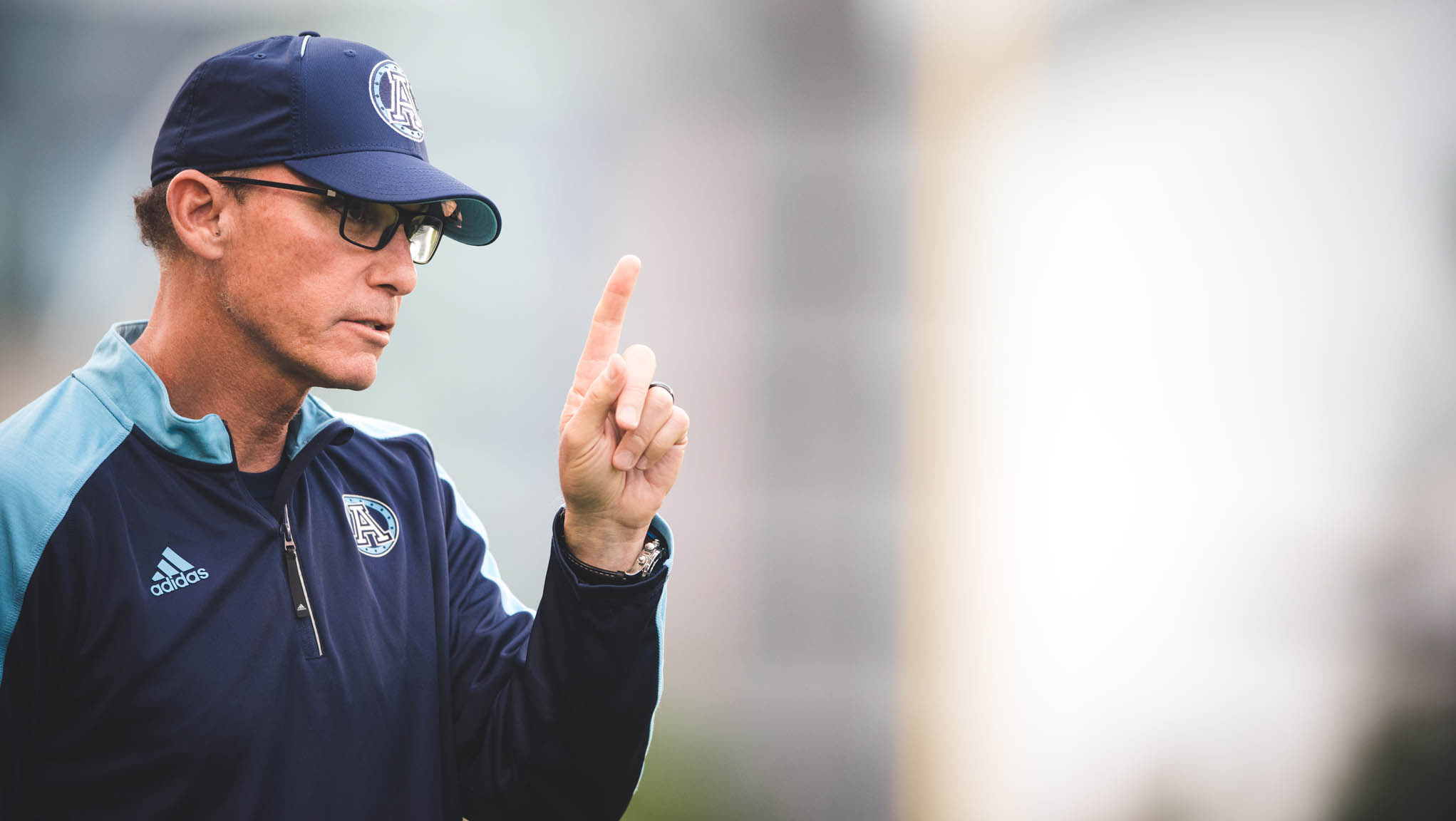 Marc Trestman’s team is the least-penalized in the entire CFL with the Toronto Argonauts only being tagged with 47 fouls through the first 10 weeks of the season.

The most disciplined teams in football are the ones that have clear cut expectations from the coaching staff and are held accountable when they slip up; not just during the games, but when far fewer eyes are on them every day in practice.

Teams have numerous approaches to holding one another accountable. Sometimes coaches make players run for in-game or in-practice penalties taken. Other times players are removed from practice when they don’t make the necessary changes in their play. Coaches can also cut back on a players’ on-field time in games or in a worst-case scenario, simply cut them from the team.

All of these efforts are remarkable and just a piece of the team’s overall discipline shown this season.

Whether it’s how we live, how we eat, how we play or how we invest, disciplined processes can lead to success.