Morris: Riders’ Mason running in the here and now 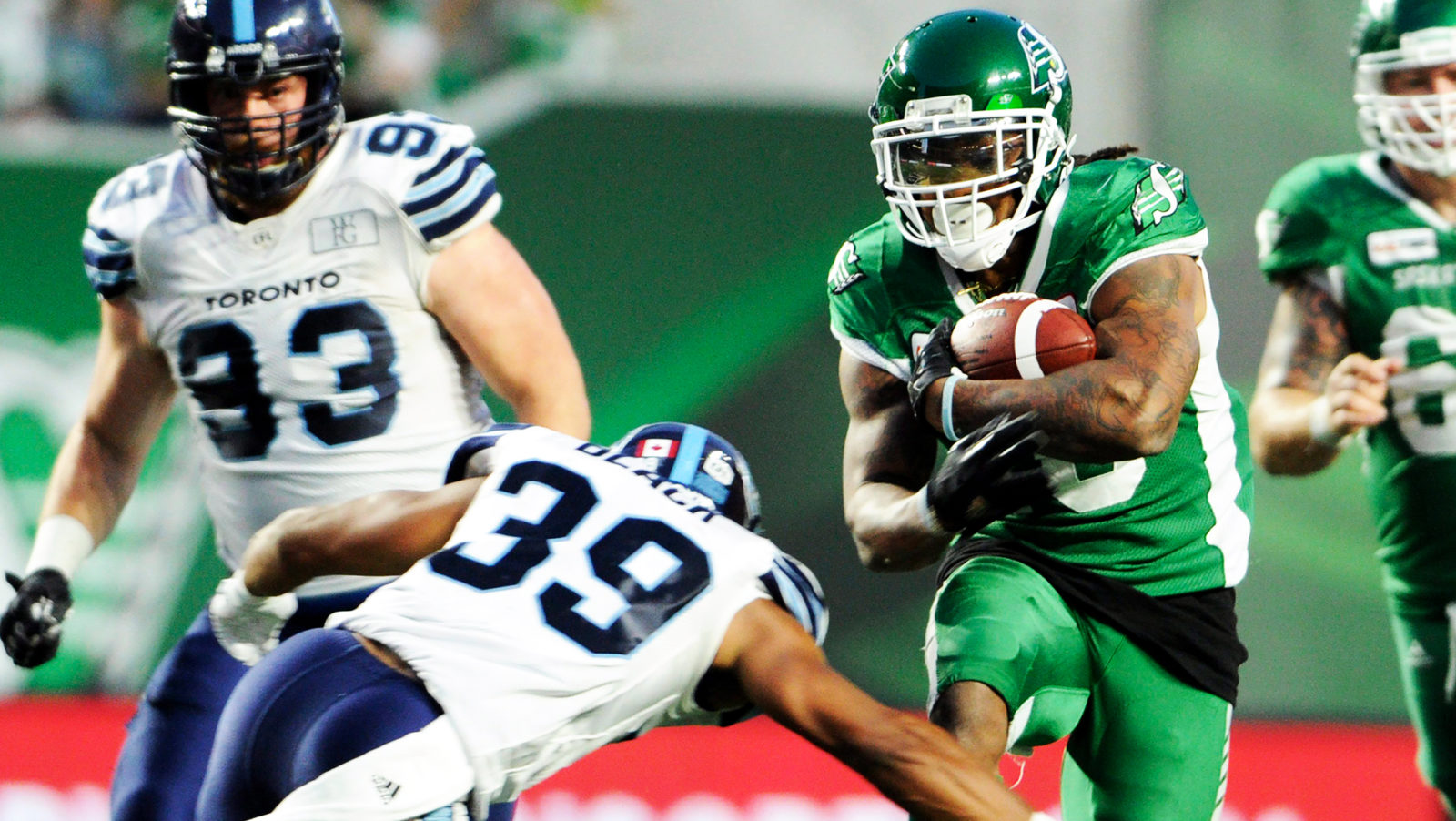 Morris: Riders’ Mason running in the here and now

The final statistics show running back Tre Mason had 11 carries for 57 yards in the Saskatchewan Roughriders’ 24-21 win over the BC Lions Saturday night.

On the surface, the numbers are not overwhelming. But dig a little deeper and you see Mason had three consecutive carries totaling 17 yards to set up Saskatchewan’s first touchdown in the opening quarter.

Then, late in the fourth quarter with the Riders clinging to the lead and wanting to grind time off the clock, Mason had a nine-yard run for his longest carry of the night. On the next series he crashed and bashed on three more carries with time ticking away.

“That’s my job and I like to put the game away,” Mason said after the win which improved the Riders to 5-4. “Every win is big. That’s the objective every week.”

In nine games for Saskatchewan this season the five-foot-nine, 209-pound former Auburn star has 65 rushes for 363 yards. He’s also caught 15 passes for 75 yards, with 61 of those yards coming after the catch.

Again, the numbers don’t tell the whole story. Mason, a former third-round pick of the NFL St. Louis Rams in 2014, was out of football for over two years. He’s trying to rebuild a promising career almost shattered by off-field personal issues.

“It was marvelous to have the opportunity to come back and play ball again,” Mason said.

“I love football. I miss it right now and we just got off the field. I want to be back on. I love the sport, watching other guys make plays.” 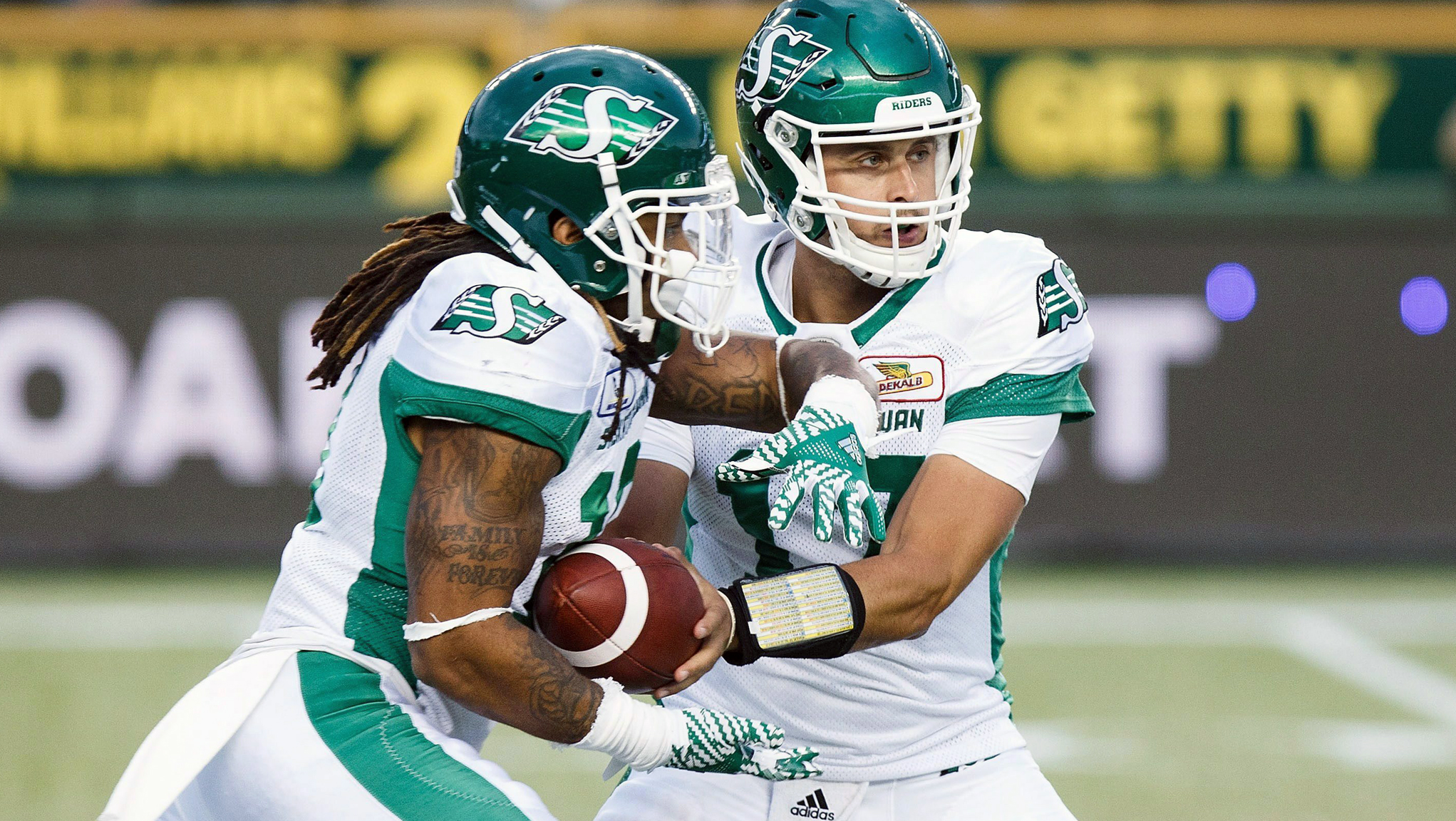 Chris Jones, Saskatchewan’s head coach and general manager, admitted when the Riders signed Mason in May there were some questions about whether he could still perform at a high level.

“You wonder sometimes, and some guys can’t ever get it back,” said Jones.

So far, Jones is impressed.

“He’ll improve the more touches he gets,” he said. “He’s been out of football a while. He’s an explosive guy. There at the end of the game his legs seemed fresher than just about anybody on the field.”

Mason shrugged when asked if the rust has gone off his game.

“I’m not supposed to be the one to answer that,” he said. “I don’t think there is no rust. I’ve gone hard every day and tied to get better each and every day.”

Mason’s story is one of what could have been.

He was an outstanding football and basketball player in Lake Worth, Fla., before deciding to attend Auburn.

In his first college game he returned a kickoff 97 yards for a touchdown. In the 2013 SEC Championship against Missouri, Mason set records by rushing for 304 yards and four touchdowns.

In his first NFL season Mason rushed for 765 yards and four touchdowns for the Rams and was named to the all-rookie team. In 2015 he was relegated to a backup roll behind first-round pick Todd Gurley and had just 75 carries for 207 yards and a touchdown.

It was then things began to go off the rails.

Mason was arrested in March 2016 and faced five charges, including resisting arrest and reckless driving. Mason pleaded no contest and paid $293.

There were reports police attended the home of Mason’s mother five times during a four-month period. Newspaper reports quoted his mother saying, “Tre’s not himself at all.”

Mason didn’t attend the Rams training camp in July 2016 and never returned to the team. There were more brushes with the law and Mason eventually was sentenced to two days in jail and one year probation.

There has been plenty of speculation about what led to Mason’s problems. Asked directly, the 25-year-old would only say “I continue to get better every day. That’s it.”

In a YouTube documentary, Mason addressed the issue by saying he make a mistake off the field.

“I’m not going to sit here and say I’m a perfect human being,” he said in the documentary. “I’m not perfect but I learned from a lot of things. I’m not really worried about the negative comments people have to say.

“I’m confident in my skill set. I didn’t reach my peak, not even close to my peak. I’m young, I feel great. Athletically, spiritually, mentally I’m in a better place. Football is my passion. It’s time to show the world who Tre Mason really is.”

Jones knew the baggage Mason carried with him to the CFL but was willing to give him another chance.

“We’ve had a lot of guys up here over the years . . . that have a little something in their background,” he said. “They are all good guys and they all mature at some point.”

Also returning to the Riders’ roster last weekend was running back Cameron Marshall. The much-travelled Marshall has spent time in the NFL with Miami, Seattle and Jacksonville. In the CFL he’s played for Winnipeg and last year with the Riders rushed for 543 yards and two touchdowns on 101 carries.

Marshall has managed to put behind him any bitterness he had over being released. 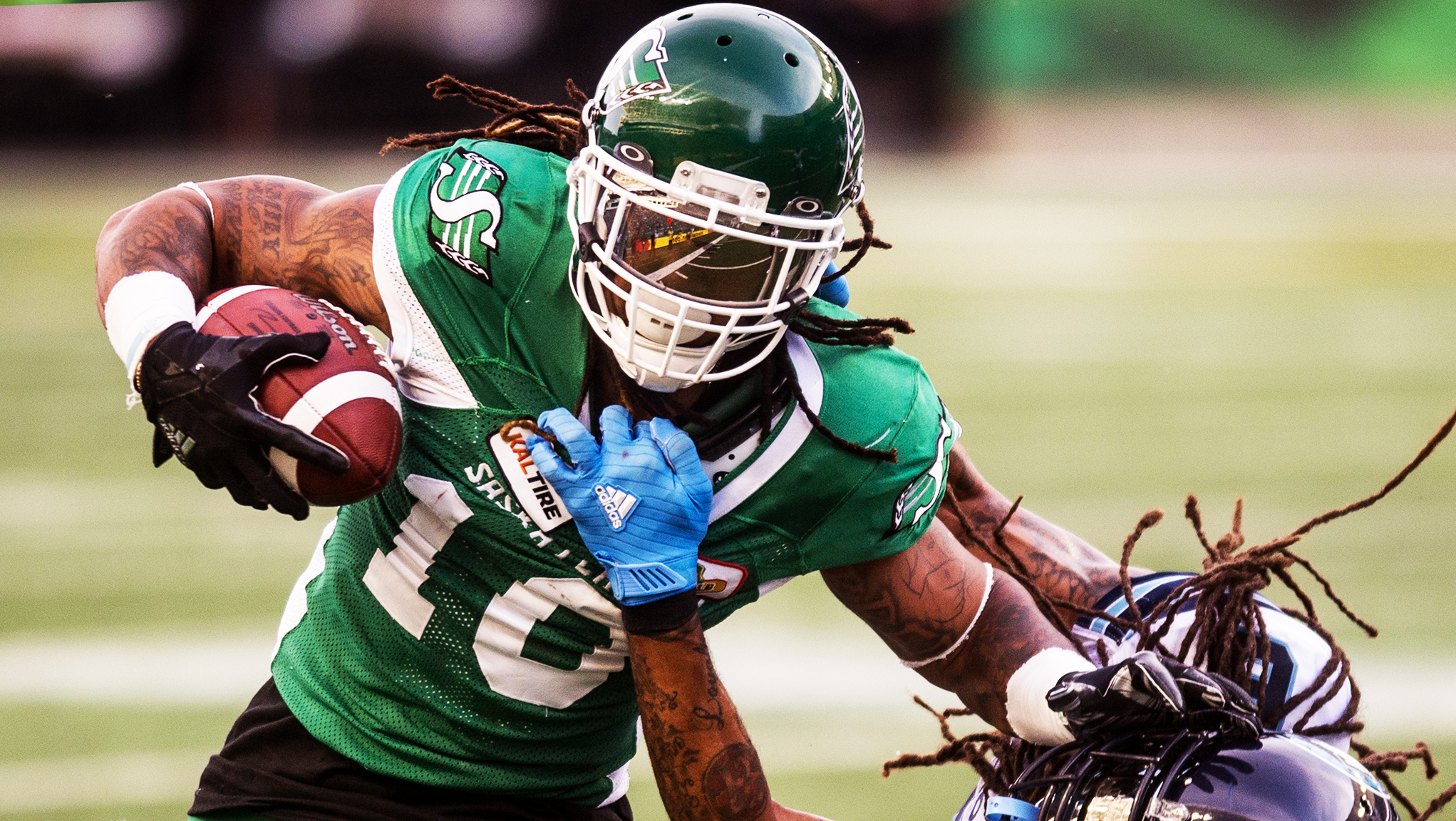 Tre Mason seen here in his CFL debut back in June against Toronto while splitting reps in what was then a crowded Saskatchewan backfield (Mat Smith/CFL.ca)

“You’re frustrated initially when you get released,” he said. “I don’t think anybody is happy with that.

“I was upset when I got released. They made a business decision, I didn’t take it personal. I just took that as an opportunity to get myself better. Ever since I’ve been back I’ve been trying to show them even more what I can do, where I’m better at.”

There was a long pause when Mason was asked if he ever wonders how things might have gone differently if he’d stayed in the NFL.

“I don’t know how to answer that question,” he said finally. “I’m here now playing. This is my career.