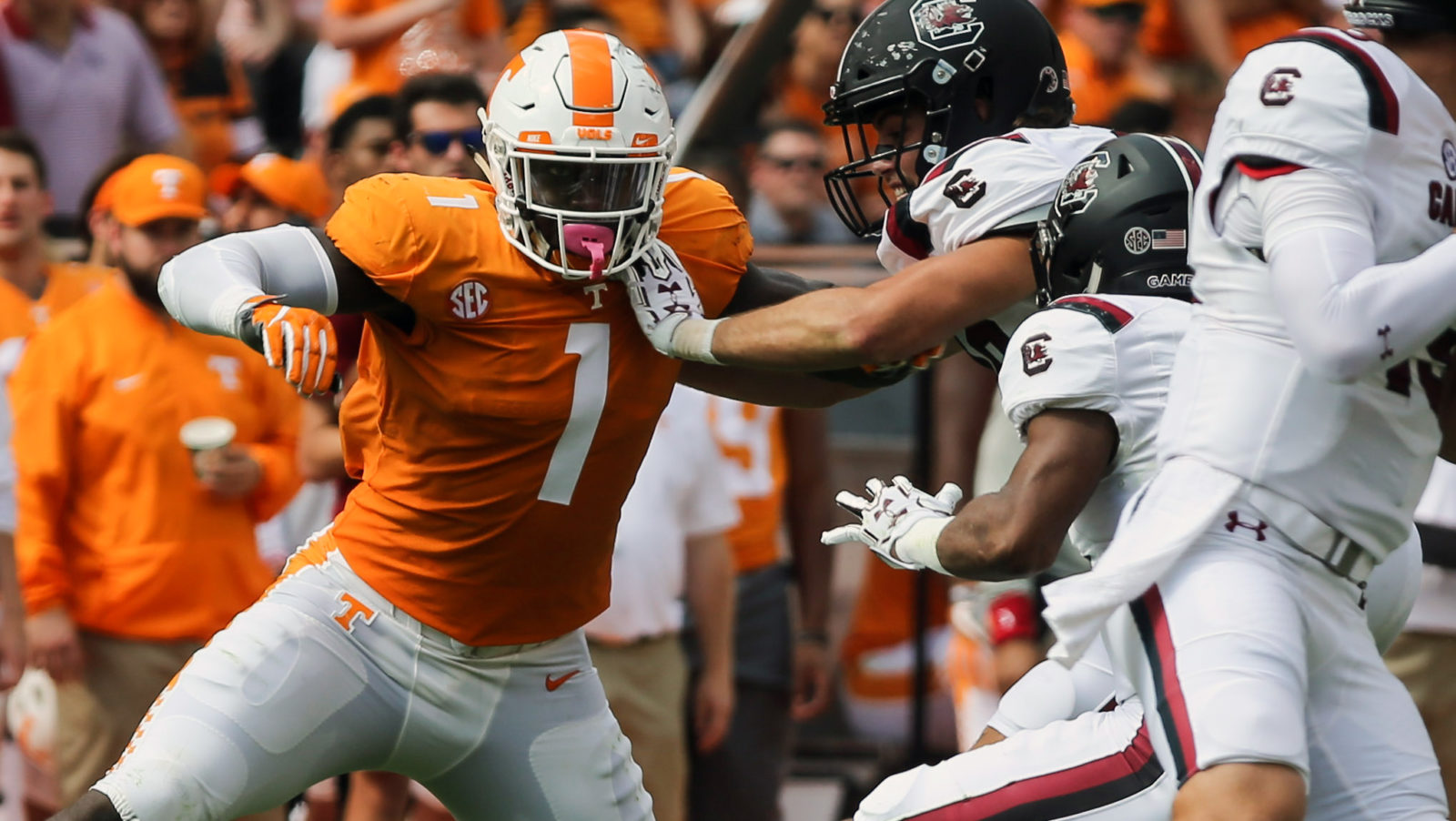 TORONTO – The Canadian Football League (CFL) Scouting Bureau revealed on Thursday its first edition of the top 20 prospects eligible for the 2019 CFL Draft.

Tennessee defensive lineman and Surrey, B.C. native Jonathan Kongbo tops the list, highlighting the first of three rankings to be published between now and the 2019 CFL Draft.

The CFL’s Scouting Bureau is comprised of CFL scouts, player personnel directors and general managers from the league’s nine teams. The next edition of the list comes in December, followed by the final list in April following the National Scouting Combine.

In two seasons with the Tennessee Volunteers, Kongbo has appeared in 24 games, starting in 12. Through 24 games he’s amassed 40 tackles (15 solo, 25 assisted), 5.5 tackles for a loss and 3.5 sacks. Kongbo, a native of Surrey, B.C. also notched a interception versus Missouri that he returned 59 yards for a touchdown. Prior to going to the University of Tennessee Kongbo attended Wyoming as a freshman where he reshirted. Following that he went to Arizona Western College (JUCO) where he played a season and was rated the number one JUCO prospect.

Montreal native Mathieu Betts has appeared in 24 games over the course of three full seasons with the Université Laval Rouge et Or. Through these 24 games, he’s registered 73 tackles (42 solo, 31 assisted), including 31 tackles for a loss and 26.5 sacks. He’s also registered four forced fumbles, four fumble recoveries and 14 pass breakups. His 12 sacks during the 2015 season set a new U SPORTS record for a rookie. Betts received multiple accolades over the last three years: he was named the RSEQ and the CIS rookie of the year in 2015, the RSEQ and the U SPORTS lineman of the year in 2016 (becoming the first player to ever capture both the Peter Gorman [rookie] and J.P. Metras [lineman] trophies over the course of their career), and the RSEQ and U SPORTS lineman of the year in 2017. He also was a RSEQ All-Star selection and a CIS/U SPORTS First Team All-Canadian selection in each of the last three years. The 6’3’’, 250 lbs. defensive end has played one game so far this season with Laval, registering one defensive tackle and one pass breakup. 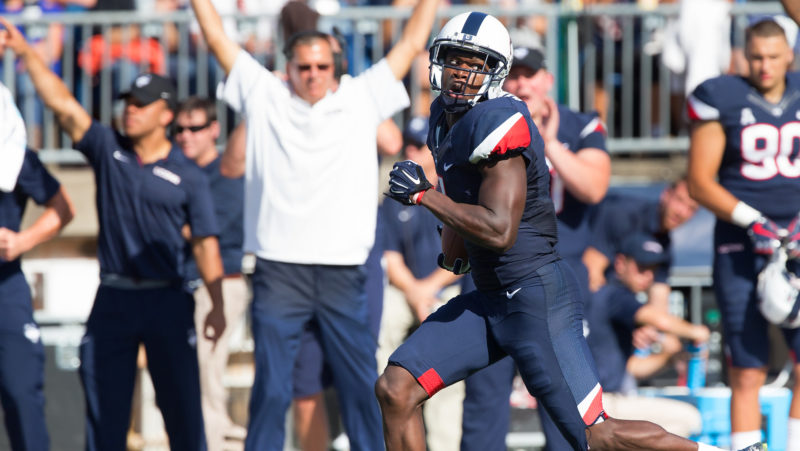 Calgary native Shane Richards is entering his third season with the Oklahoma State Cowboys. The 6’8” 336 pound guard is listed as the Cowboys’ starting right guard against Missouri in their opening game of the 2018 season. In his first season with the Cowboys Richards appeared in four games and was redshirted in 2017. Prior to joining Oklahoma State he played a season at New Mexico Military Institute (JUCO) after playing high school at Crescent Heights in Calgary.

In two seasons with Arkansas State McInnis has recorded 59 receptions for 883 yards and five touchdowns in his 25 games with the Red Wolves. Entering the 2018 campaign he has been named an Athlon preseason 1st team All-Sun Belt Conference and Lindy’s preseason 2nd team All-Sun Belt. Prior to attending Arkansas State, McInnis played at Dodge City (JUCO) in Kansas where in his only season he amassed 964 yards on 49 receptions and seven touchdowns. Last season he averaged a whopping 16.3 yards per reception.

Seventeen schools are represented on the list, with Laval and Laurier having multiple prospects on the list.

ABOUT THE SCOUTING BUREAU