Argos still undecided on Carter’s status for rematch with Ticats 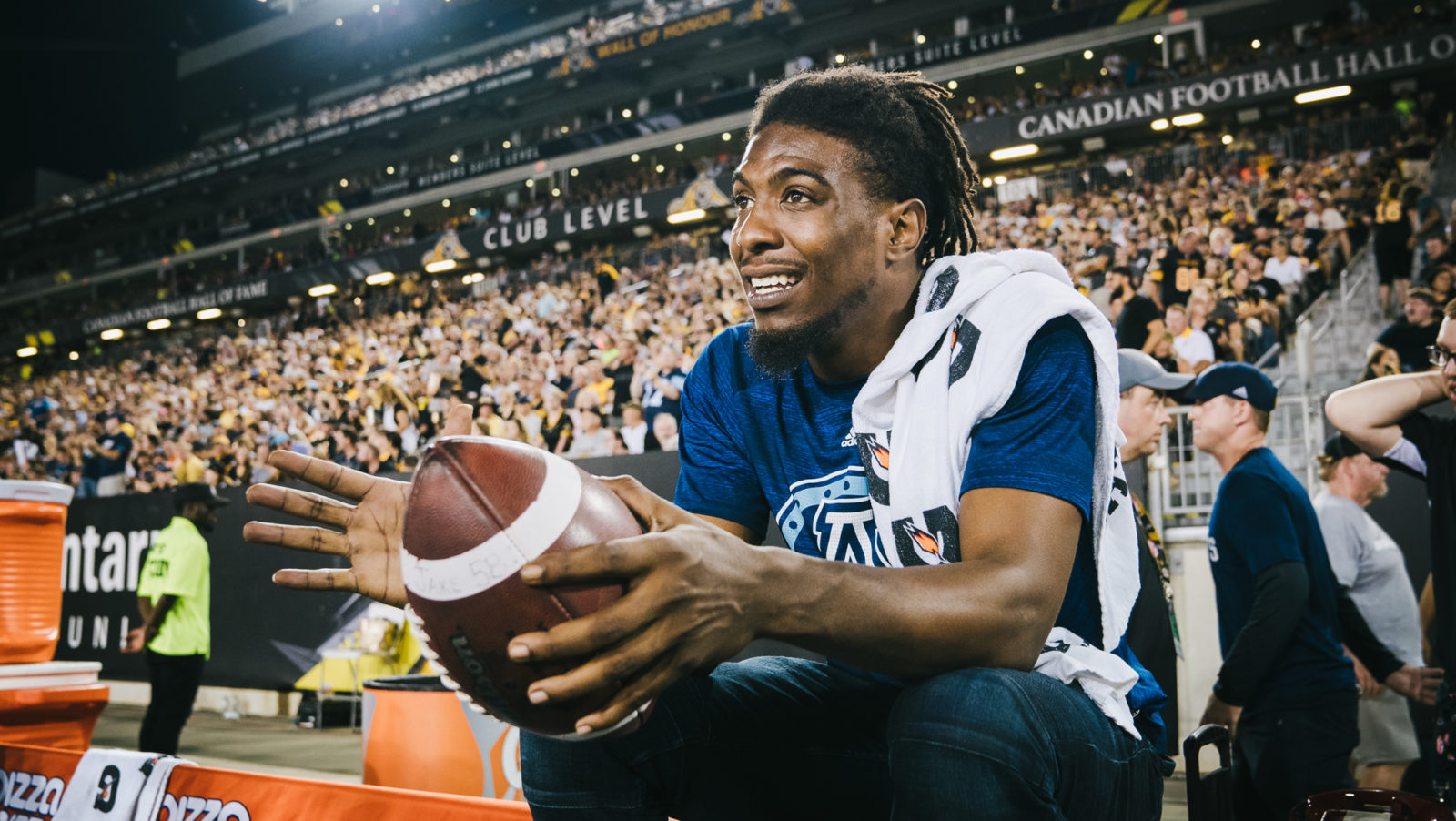 Argos still undecided on Carter’s status for rematch with Ticats

TORONTO — Toronto Argonauts receiver Duron Carter’s status for Saturday’s contest against the Hamilton Tiger-Cats is up in the air.

“I can’t say he will or he won’t play,” Argos head coach March Trestman said after practice on Wednesday. “We really haven’t had the discussion and I’ll leave it at that.”

Marc Trestman says Marcus Ball has a leg injury and would be evaluated through the week. Questionable for Saturday. He said Duron Carter has been doing and saying the right things so far. Sounds to me like he’ll get in on Saturday vs #ticats. #cfl #argos

Despite the Argonauts bench boss not confirming if the All-Star pass-catcher will see the field this weekend, he did tell members of the media how impressed he was with how Carter is fitting in with the team.

“The one thing that I am very, very pleased with is the way he’s assimilated with our football team,” Trestman said. “I’m extremely impressed with him in his actions, his demeanour, his words. I’ve talked to a number of players, that’s where I get my information relative to Duron.

“He’s been great in the locker room and I’ve been extremely impressed with him in the meetings. He’s asked questions. Those questions have not by any intention been made to draw any attention to himself. They’ve been very well thought out and very on point and that’s been impressive.”

Argos not planning on making QB change … yet

Trestman also confirmed that McLeod Bethel-Thompson will get the start at quarterback this week and that linebacker Marcus Ball has a leg injury and is questionable to play on the weekend.

McLeod Bethel-Thompson will get the start this week vs #ticats. “Absolutely,” Trestman said. Wouldn’t commit to him as starter for the remainder of the season though. #argos #cfl

The Argos sit at 3-7 as they look to split the Mark’s Labour Day rematch with their East Division rivals on Saturday afternoon.