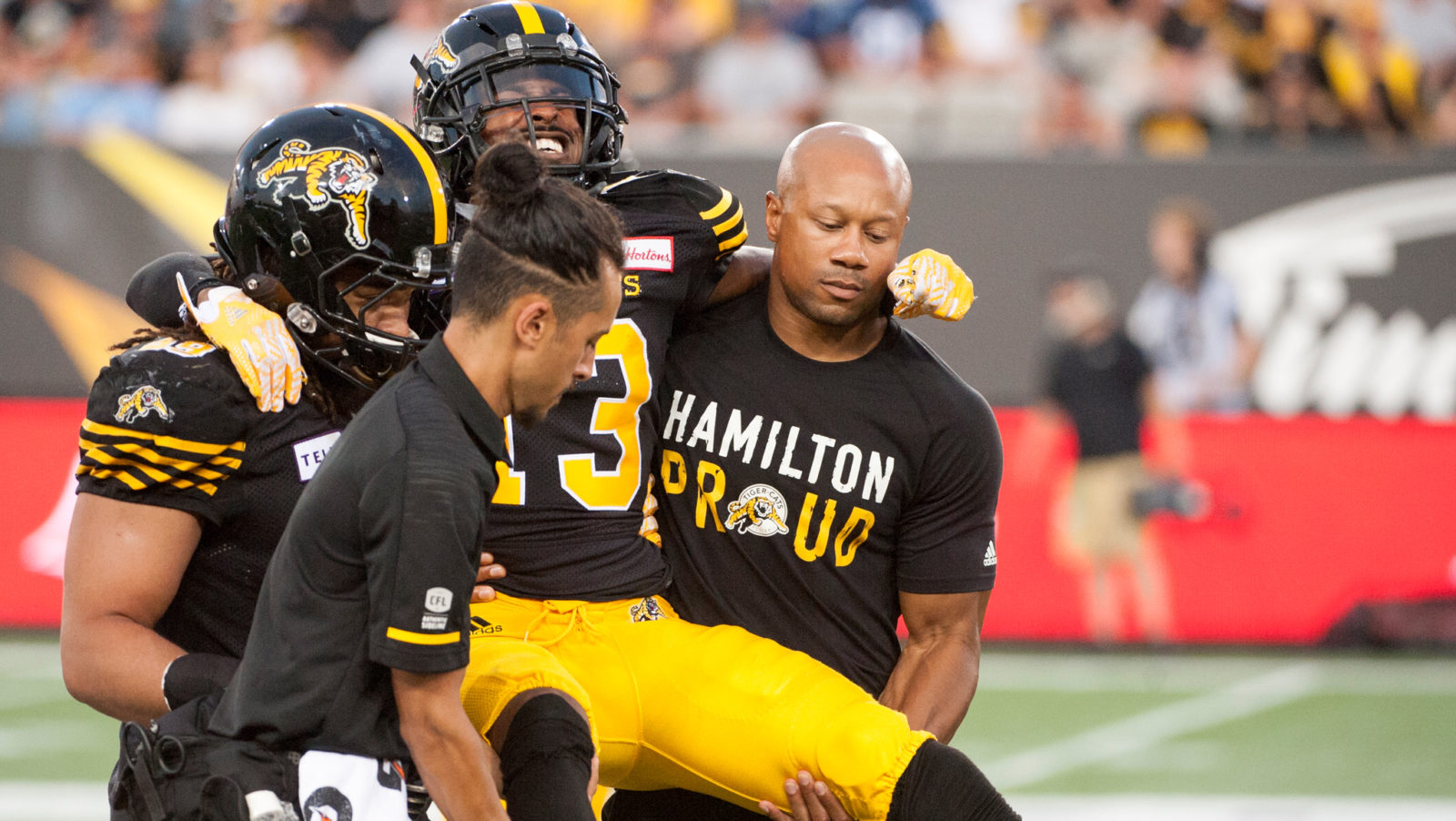 HAMILTON — The Hamilton Tiger-Cats will be without receiver Jalen Saunders for the rest of the 2018 season.

“I think we’ve got bad news,” head coach June Jones told members of the media after practice on Wednesday when asked the status of Saunders‘ health. “I’m not sure exactly what it all entails but it sounds like he’s out for the year.”

The team confirmed on Thursday that Saunders injury is an ACL tear in his right knee and that he will miss the rest of the year.

The #Ticats have confirmed Jalen Saunders tore his right ACL and will be out for the year. #CFL

Saunders had to be carried off the field with what appeared to be a lower body injury in last week’s contest against the Toronto Argonauts late in the first half and did not return.

In his second season with the Tabbies, Saunders has hauled in 45 passes for 739 yards and two touchdowns.

Hamilton is also without receiver Chris Williams after the veteran pass-catcher underwent surgery last week as the team gets set to head to Toronto for a rematch with the Argonauts this weekend.