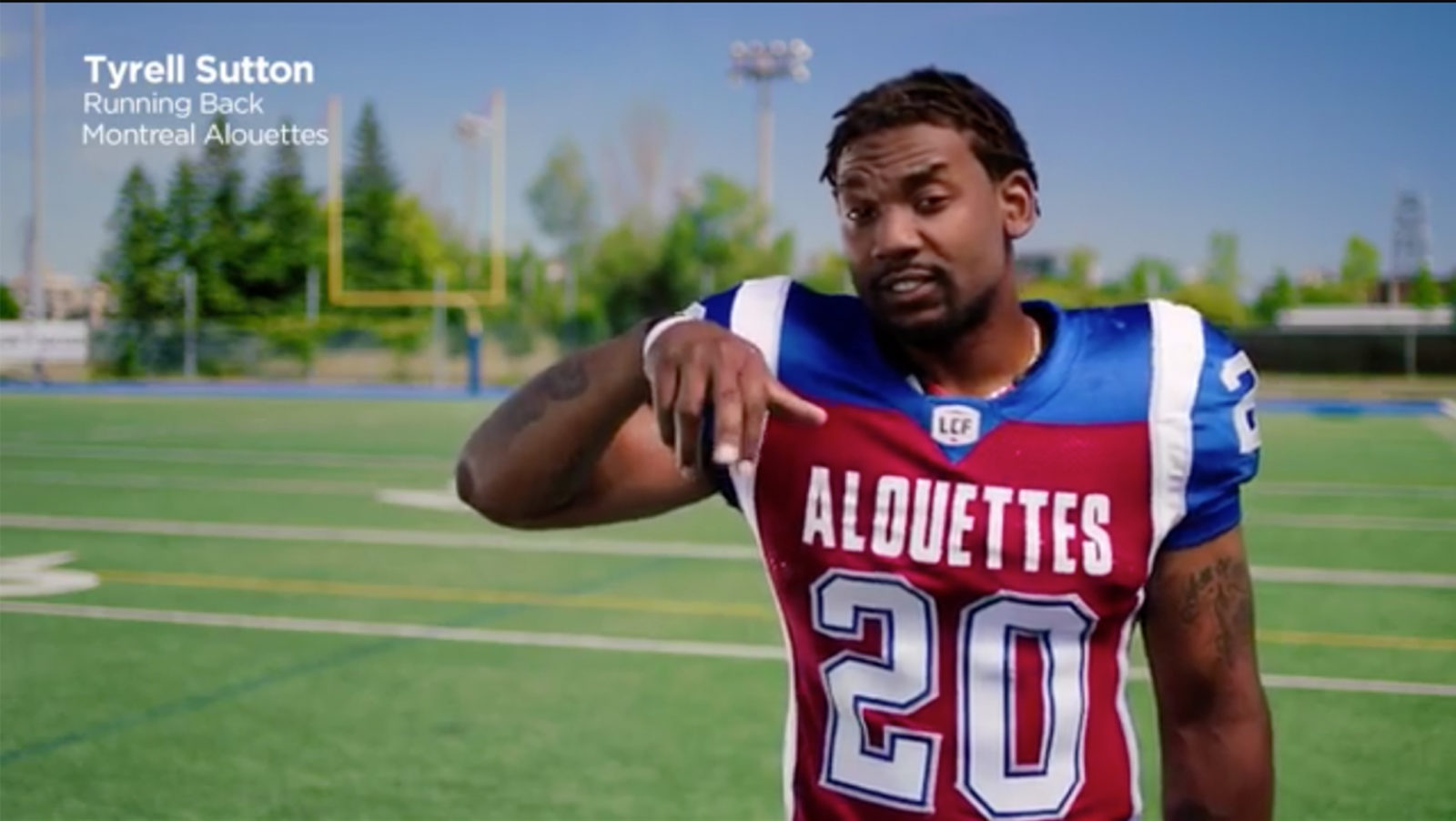 CFL insurance partner Belairdirect teamed up with some of the league’s stars for some hilarious #FootballSimplified videos.

Alouettes running back Tyrell Sutton had a pretty obvious answer to the question how to be a running back.

My friends at @belairdirect asked me how to be a running back. It’s pretty simple. #footballsimplified #commercial #alouettes #cfl #runningback #sarcasm #justbeingme

Edmonton linebacker J.C. Sherritt got in on the action with some game-day face paint.

Looks like @KylieJenner has nothing on @JCSherritt when it comes to highlighting. You can now call him “Highlight” Sherritt. Learn all of his tips & tricks in this new video with @belairdirect. #footballsimplified pic.twitter.com/DG1hBtpnQ5

BC receiver Manny Arceneaux also got his makeup game on for the cameras.

I’m a Jack of All Trades! Do you think I’ll make a good beauty vlogger on YouTube? Check Out this Fun project I did with my friends at @belairdirect!