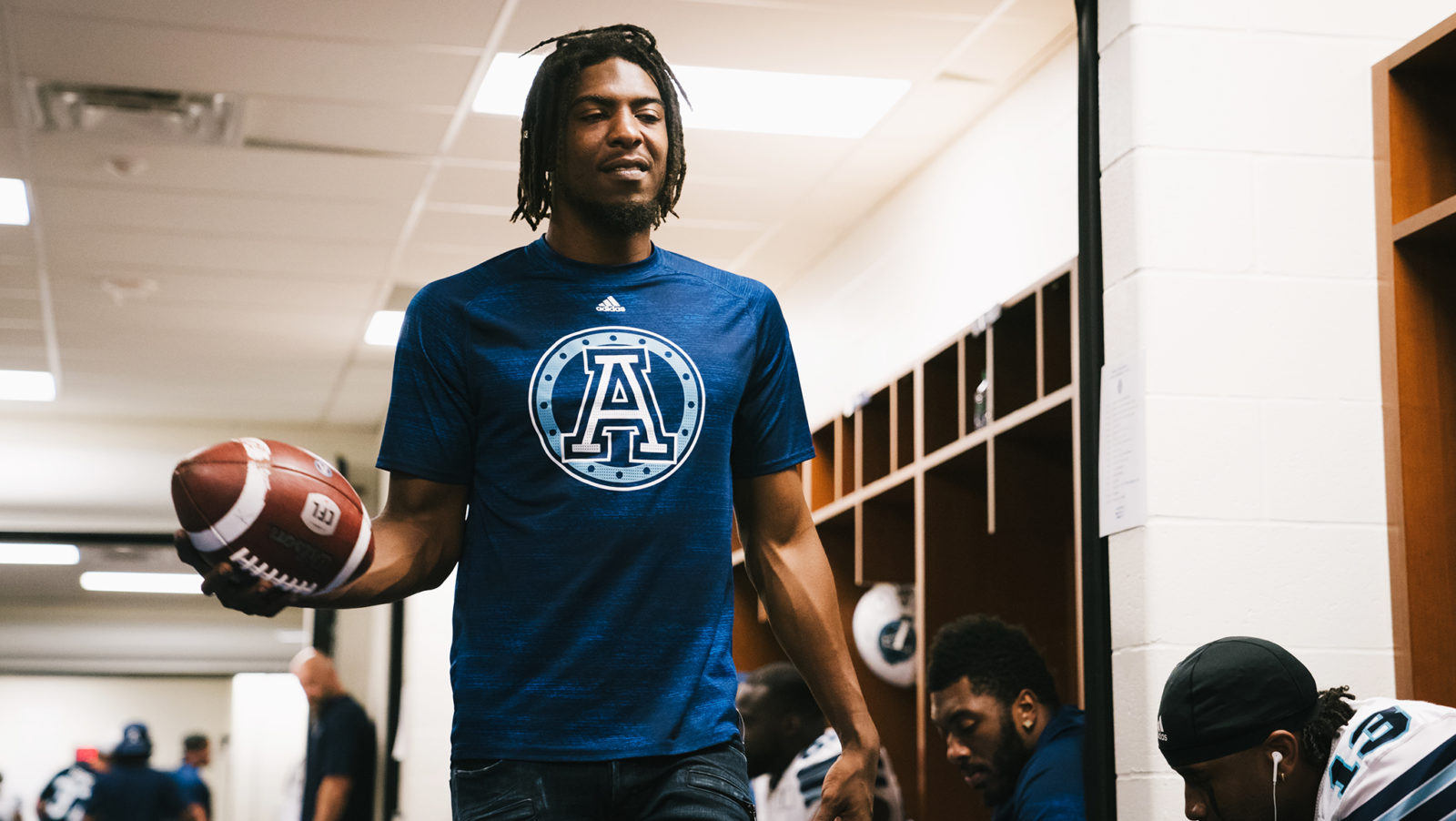 Argos head coach Marc Trestman told reporters Friday that the recently-signed receiver will be on the active roster. While he’s listed as a backup on the team’s depth chart, he could see some action as a receiver and also as a returner.

The Argos take on the Ticats on Saturday afternoon at BMO Field in a Labour Day rematch. Last week the Ticats won 42-28 on fourth-quarter touchdowns by Alex Green and Brandon Banks.

With the CFL’s eighth-ranked offence in yards per game (301.1), the Argos could no doubt use Carter’s big-play ability on the field.

Off the field, Trestman has been cautious with his new addition, whose past has followed him around from his college days to the CFL with Montreal and Saskatchewan.

Initially, Trestman said Carter would not play in the Argos’ first two games. This week, however, the head coach told media that he’s been pleased with Carter’s commitment both on and off the field.

At 3-7, the Argos are in need of a win Saturday to close the gap on the surging Ticats (5-5), who have won two straight games.

The Argos officially signed Duron Carter on Aug. 26 after weeks of speculation. Carter was released by the Riders on Aug. 12 in a move that shocked the league.