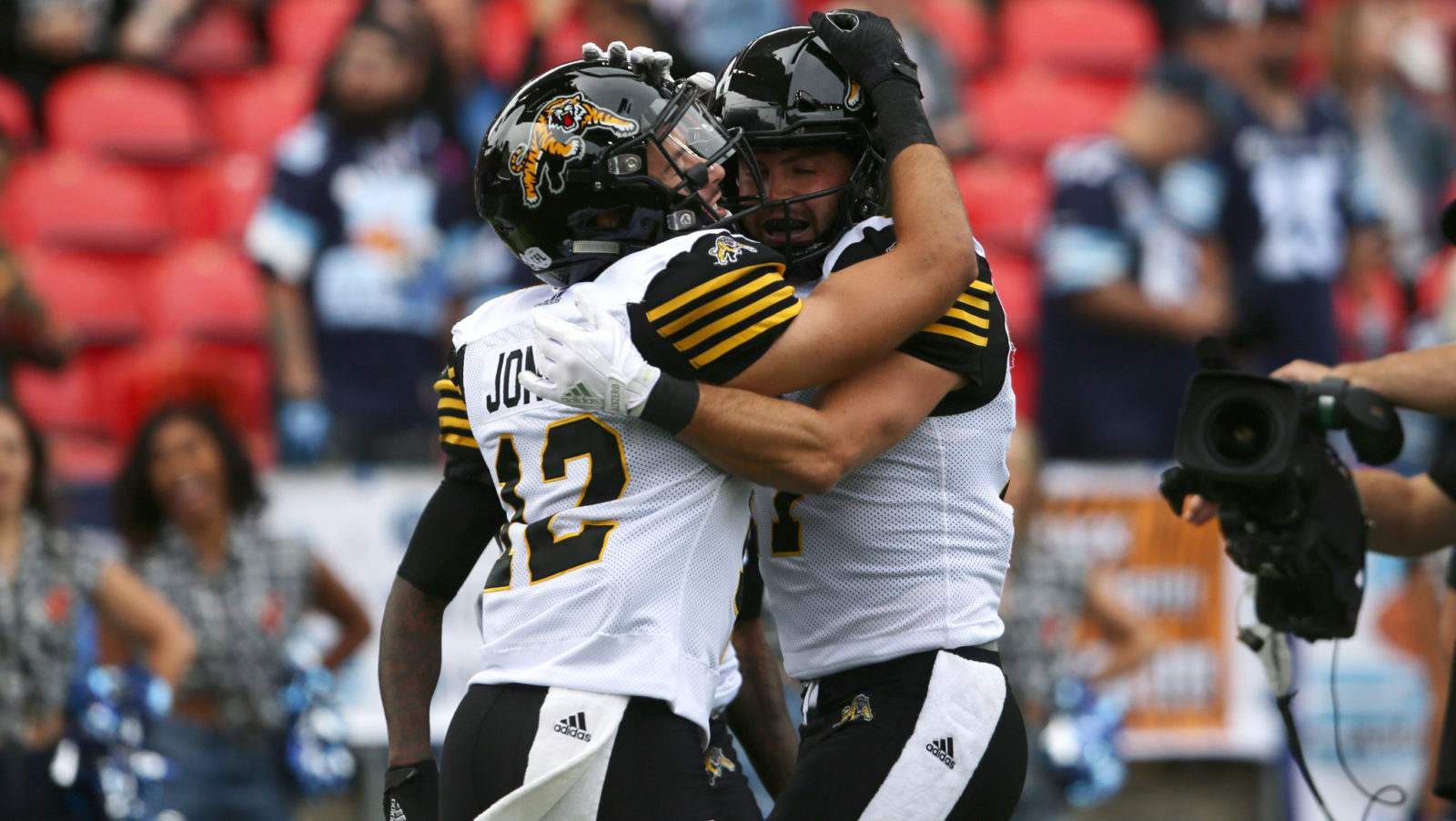 TORONTO – Jeremiah Masoli pitched his ninth 300-yard passing performance in 11 games as Hamilton sailed past the Argos 36-25 to kick off a Week 13 tripleheader Saturday.

The Ticats pivot tied Henry Burris for the most single-season 300-yard passing games in team history during their battle with the division-rival Argos who they also beat in the Labour Day Classic last week. Masoli finished with 307 yards and four touchdowns, handily outdoing his Argos counterpart McLeod Bethel-Thompson who had 295 yards, two touchdowns and an interception.

Fans at BMO Field were treated to an exciting game that stayed close from the first quarter to the fourth, but the visitors pulled away late in the game. Hamilton claimed a share of the East Division lead by improving to 6-5, while Toronto fell into a tie for the basement at 3-8.

Masoli set the pace with veteran wideout Luke Tasker early on, connecting with the Cornell alum four straight times for 77 yards culminating in a 17-yard touchdown just 6:43 into the game.

Bethel-Thompson greased the gears of the Argos offence soon afterwards, with help from his bruising running back. James Wilder Jr’s 24-yard run highlighted a productive end to the first quarter for Toronto, who dug into Hamilton’s lead with a pair of Zackary Medeiros field goals.

The Ticats regrouped in-between quarters and picked away at the Argos defence over the span of eight plays. By the time it was over, Brandon Banks found himself in the end zone after a 26-yard catch that put the Ticats up 15-6.

But Bethel-Thompson refused to let the game drift away. Employing the services of third-year receiver Armanti Edwards, the pair connected for a 31-yard pitch-and-catch in open field and completed the drive with a 10-yard touchdown toss to get back within a field goal.

After watching their offence fight back and answer the call, the Argos defence placed their hands on the rope and helped pull. Defensive back Ronnie Yell wrapped up Banks during a catch-and-run and pried loose the football, which the Argos recovered to halt the Ticats’ drive in their own territory.

Neither offence could capitalize on their opportunities down the stretch, however, and the Ticats took a 15-13 lead into halftime. 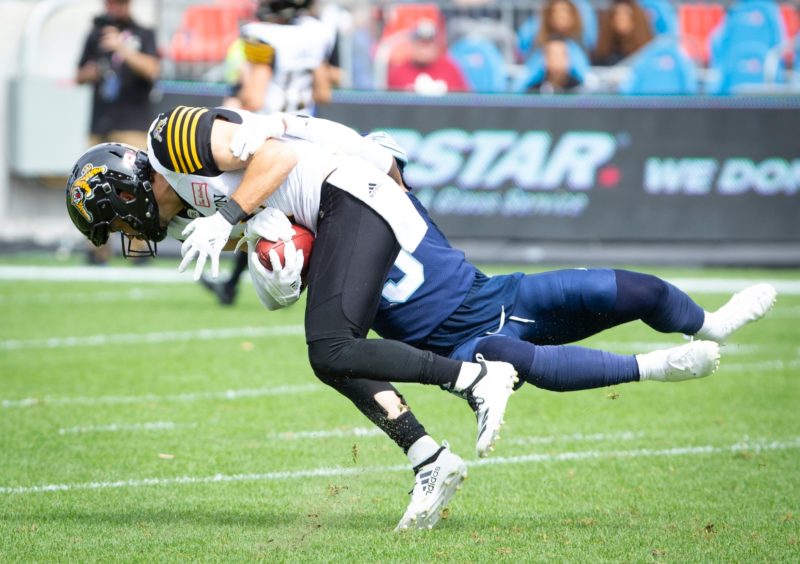 Toronto tried to push hard on the gas petal after the break, deciding to go for it in a third-and-short situation early in the half from their own 45 yard line. Quarterback James Franklin, however, bobbled the snap and was stuffed by the pesky Ticats defence. Though the Argos held Hamilton to a two-and-out,  Lirim Hajrullahu nailed a 52-yard field goal to elevate the Ticats’ lead to five.

Following an Argos punt, the Ticats took firm control of the match with a game-breaking play. Masoli found Banks in a swarm of Argos defenders, then squirmed his way through the pack to the end zone for an electrifying 78-yard touchdown. That gave Hamilton a commanding 25-13 lead late in the third quarter and Banks his second straight 1,000+ receiving yard season. He finished with 153 yards and two touchdowns on the afternoon.

Desperate for a response, the Argos offence put their hard hats on and ground their way back into the game. Through the air and on the ground, Toronto strung together an eight-play, 75-yard drive thanks to 27 rushing yards from Wilder Jr. and 38 receiving yards from Llevi Noel. The impressive response culminated in a James Franklin sneak into the end zone to get Toronto back within a touchdown.

That was the closest the home side would get, however, as Hamilton capitalized on good field position soon afterwards and Masoli found Alex Green for a 34-yard touchdown to put Hamilton in firm control. Bethel-Thompson was able to score a late touchdown to cut the lead to 36-25.

Toronto has two weeks to prepare for a showdown with the Roughriders, while Hamilton will dial in for a big matchup against the league-leading Stampeders next Saturday.