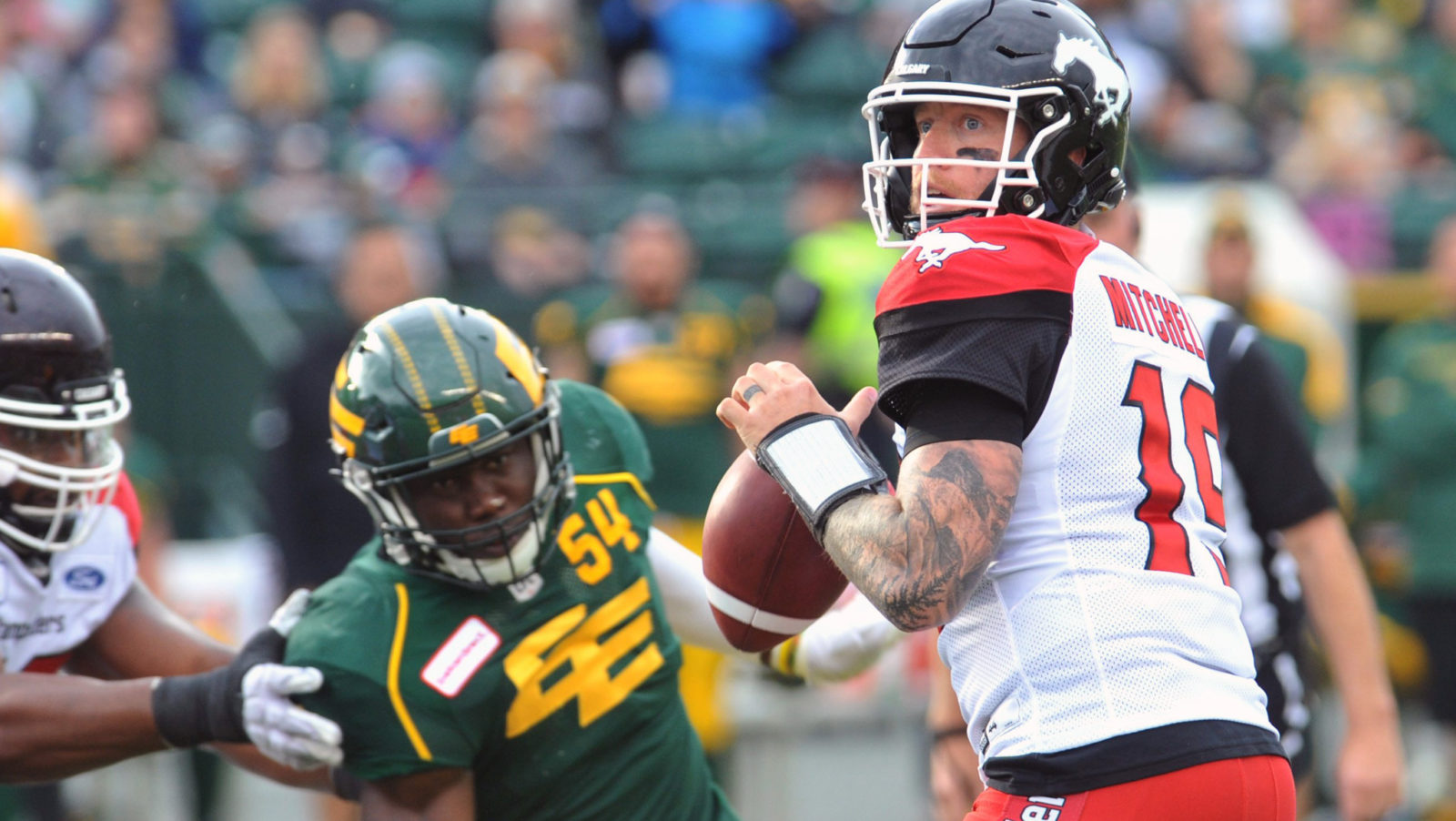 EDMONTON — There was something special in the air at The Brick Field at Commonwealth Stadium when the Stamps visited the Esks last weekend for a rematch of the Labour Day Classic.

With the league’s two best quarterbacks on the field for the second week in a row, Bo Levi Mitchell and Mike Reilly put on a passing clinic, combining for 888 passing yards in a 48-42 Edmonton victory. Mitchell threw for a season-high 491 yards, while Reilly bolstered his case for Most Outstanding Player with a total of six touchdowns — three on the ground and three through the air.

Even with Mitchell’s last-play heave barely slipping through the grasp of Juwan Brescacin, Saturday night’s West Division showdown will have a special place in the Canadian Football League history books.

The data below covers all 4,486 CFL regular season games dating back to 1958: 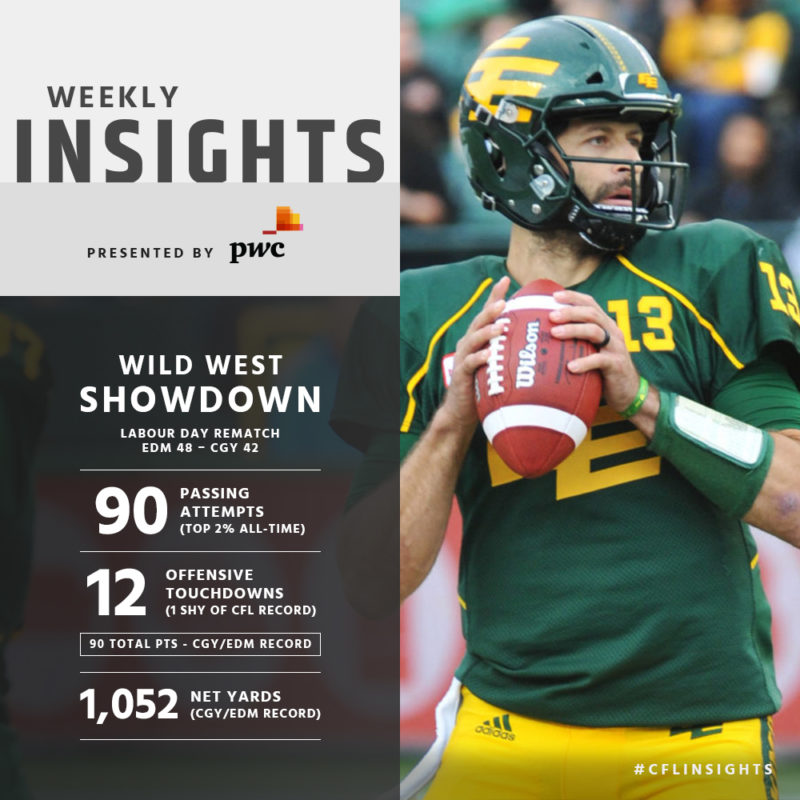 With a total of 90 points between the two teams, the latest Battle of Alberta was the highest-scoring game between the two teams. The Eskimos’ last-gasp win also set a record for net yards in the matchup, totaling 1,052 yards of offence, a record previously set on Aug. 13, 2009 during a 38-35 Eskimos victory.

The 12 offensive touchdowns were just one off the CFL record of 13, set 10 different times going back to 1958. The game was also one of only eight in CFL history in which both teams scored at least six touchdowns on offence.

With 90 combined passing attempts, the offensive explosion put Saturday’s rematch just inside the top 80 most aerial games ever, or the top two per cent of all-time.

From a coach’s perspective, the turnovers were the ugly part of the game that led to the spike in points. The Stampeders gave the football away an uncharacteristic seven times, with the clubs combining for 10 in the football game. Thirty-one of Edmonton’s 48 points came directly off Calgary turnovers.

Another factor was that on 16 occasions, teams converted on second-and-long to keep drives alive. That was 16-of-29 for a 55 per cent conversion rate, which compares to the league-wide average of just 35 per cent.

Either way, it was a memorable night at Commonwealth Stadium for everyone involved — one of only 29 games across 61 years of history that both teams scored 40-plus points, putting the game well inside the top one per cent (0.6% to be exact) for its exceptional high scoring and it not being a one-sided game.

– The highest-scoring one possession, non-OT game ever recorded was Oct. 17, 1982 when Calgary defeated Hamilton 55-48.