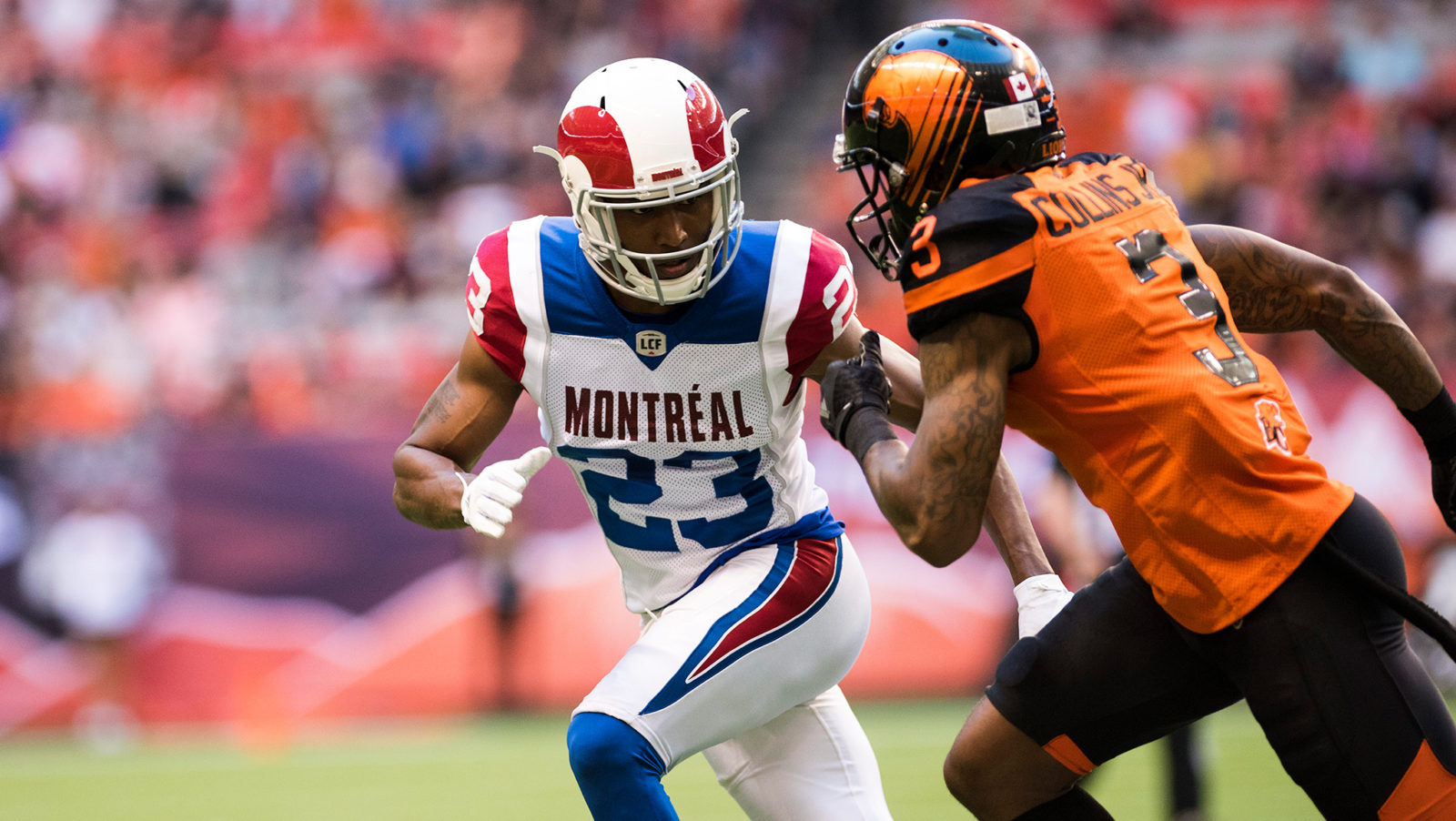 MONTREAL — The Montreal Alouettes announced on Thursday that the club has signed a two-year deal with international defensive back Tommie Campbell.

The 31 year-old Aliquippa, Penn. native will remain under contract with the Alouettes for the 2019 and 2020 seasons.

Campbell, a 6-foot-3, 203-pound defensive back, was signed as a free agent by the Alouettes in February 2018 after having spent two seasons with the Calgary Stampeders. In 11 games this season, he amassed 20 tackles, one interception, forced one fumble and knocked down two passes. In 46 career games in the CFL, he earned 128 defensive tackles, six interceptions and 18 knock downs.

“Tommie is one of the pillars of our defensive unit and a leader of our team, and we are excited that he has committed himself to remain an Alouettes for the next two seasons,” said General Manager Kavis Reed. He rapidly assimilated our system and we are without a doubt a better team with Tommie in our lineup.”

In 2016, he reached a career-high of 71 defensive tackles and three interceptions, while deflecting nine passes on his way to being named a CFL All-Star. Prior to joining the CFL, Campbell was a seventh-round draft pick by the Tennessee Titans, in 2011, where he played for three seasons before joining the Jacksonville Jaguars. In 44 career games in the NFL, he made 37 tackles while forcing a fumble.