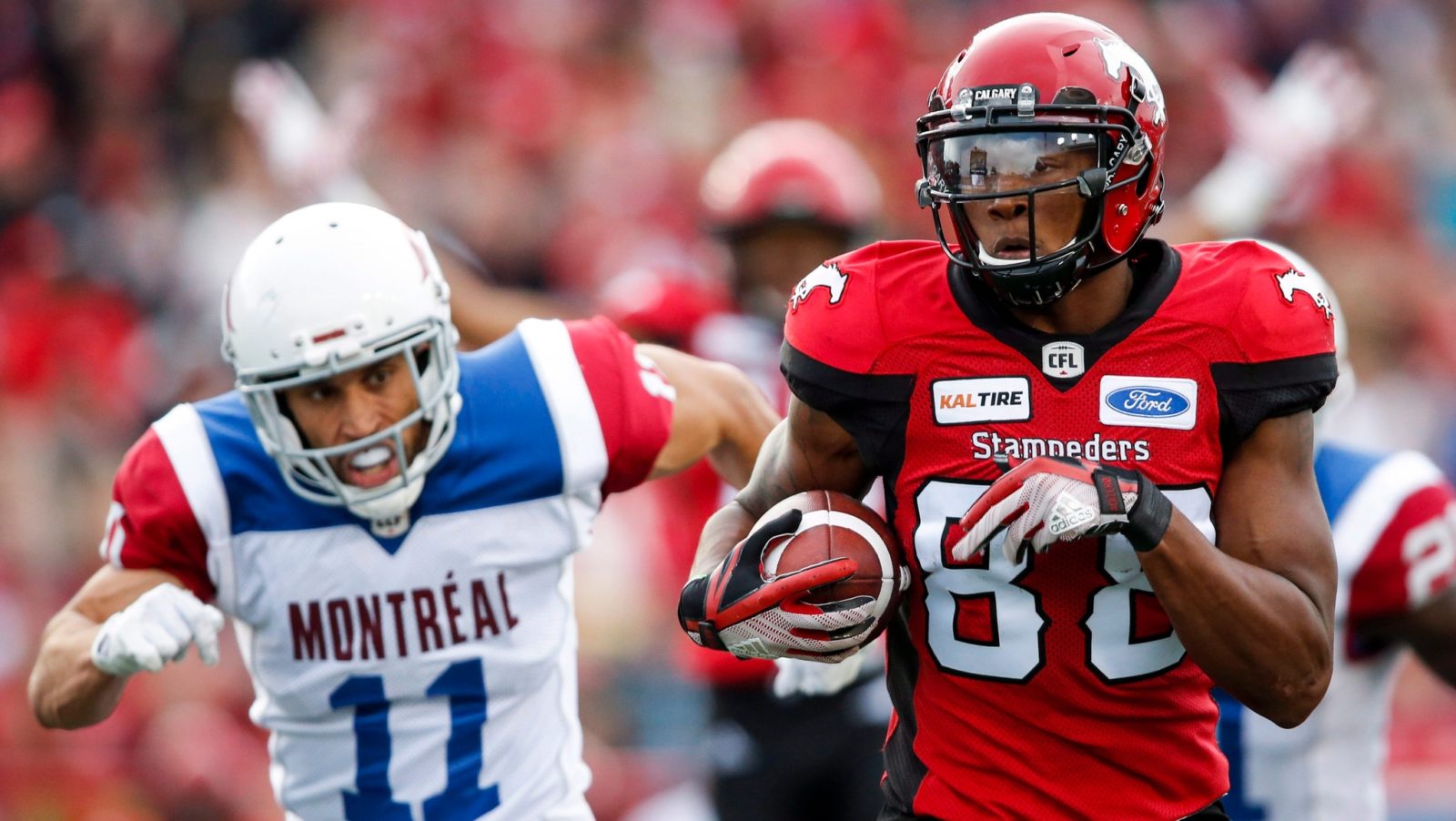 Berg vs. Ferg returns for another season on CFL.ca as columnists Pat Steinberg and Marshall Ferguson debate over some of the league’s most contentious storylines. This week’s question: what’s the biggest plot twist of 2018?

TORONTO — There have been plenty of intriguing turning points and, as they’re often referred to in the business of entertainment, ‘plot twists’ throughout the 2018 CFL season.

The earliest one may have come in Toronto, where the Argos’ contingency plan behind starting quarterback Ricky Ray was put into action sooner than anyone expected. Ray was taken off the field on a stretcher in Week 2, while another plot twist ensued when James Franklin was replaced by McLeod Bethel-Thompson.

Quite the whirlwind for the defending Grey Cup Champions, but it’s just the start of a long list of turning points as we move into the final third of the season.

For the Bombers, the struggles of Matt Nichols and the emergence of rookie Chris Streveler have created quite the controversy in the eyes of fans and media.

Injuries have hit the province of Alberta, where receivers Derel Walker, DaVaris Daniels, Eric Rogers and Kamar Jorden have all been sidelined through various parts of the season.

And who could forget the Johnny Manziel drama, with the Ticats and Als pulling off the trade of the year to send Manziel to Montreal?

The list goes on, but what’s been the biggest plot twist so far this season? Steinberg and Ferguson pick their sides in the latest Berg vs. Ferg.

Of all the unique Manziel plot twists in 2018, from signing to a second chance to start in Winnipeg this week, I believe the most shocking twist was Manziel being traded from Hamilton to Montreal.

The fact that Manziel was traded in and of itself is not the most shocking thing to happen. He was in search of playing time and the injury riddled Alouettes needed an upgrade at the position while creating some buzz. In reality, many were predicting that Manziel would be traded, so why does this qualify as my biggest plot twist of 2018?

Simply put, the moment I got word – by waking up to numerous texts and tweets after a Sunday nap – still shocked me. The reality of knowing that after years of possessing Manziel negotiation list rights and negotiating to get him north of the border in a much-talked-about process, he was suddenly gone.

Not just gone but gone to a team who needed a quarterback. I was as excited to know we’d all get to see whether or not he could actually adapt to the Canadian game as I was for Jeremiah Masoli to own the Ticats backfield without having to answer questions about his Heisman Trophy backup anymore.

When Manziel was traded it affected more than just him: it sent a ripple through the entire East Division. Oh, and also don’t forget it affected the Montreal Alouettes’ future directly after they parted with two first round draft picks to acquire him.

The details, the drama, the opportunity. It all qualifies as my biggest plot twist in 2018. The only question left to ask is what does the conclusion look like?

Injuries at receiver presenting more adversity than expected for Calgary

The Calgary Stampeders are currently missing not one, not two, but three superstar receivers: Kamar Jorden, Eric Rogers, and DaVaris Daniels. Unfortunately, we’ve seen far too many devastating injuries at receiver 14 weeks into the 2018 season, but no one has experienced this more than the Stamps. Remarkably, Calgary still sits at 10-2 and on top of the league, but these injuries have added significant hurdles to their path.

Yes, the Stampeders are blessed with incredible depth at the position and have been able to withstand these injuries. However, you can’t tell me the loss of a dynamic trio like this one doesn’t qualify as a major plot twist. How Calgary overcomes these obstacles could end up defining their quest for a third straight Grey Cup game appearance.

Jorden’s injury is the most catastrophic and won’t see him back until the 2019 season. From a team perspective, losing Jorden seemed staggering at the time; he was the CFL’s second-leading receiver and had been on a ridiculous tear. Give Reggie Begelton a ton of credit, though, because in two games since Jorden’s injury, he’s stepped in and torn it up with a pair of 150-yard games to his name. So far it has been crisis averted on that front.

The timing of the Daniels injury is almost as unfortunate. Much like Jorden, Daniels was riding some crazy momentum prior to breaking his collarbone early in week 14. In the four games leading into last Saturday, Daniels was averaging more than 95 receiving yards and had five total touchdown catches. He had stepped up as Calgary’s primary slot receiver in Jorden’s absence and his loss will certainly be felt.

On the bright side, it does sound like Rogers is close to returning, which would be a massive boost, especially with Daniels out long term. Rogers will likely jump right into the same slot position Daniels filled, and we know he can do a ton of damage from that spot. In his last four starts prior going down, Rogers had five touchdown catches and was averaging 79 yards per game.

Calgary isn’t the only team suffering long-term losses to receivers. Hamilton is without Jalen Saunders for the season, the same way BC has lost Manny Areceneaux for the rest of 2018. And don’t forget Derel Walker in Edmonton, because he’s still a little ways away from returning. You can’t argue it has been the Stamps taking it in the teeth more than anyone else, though. Seeing how the team deals with this adversity is when the plot really starts to thicken.