Against the wall, Bombers veterans know margin for error is slim 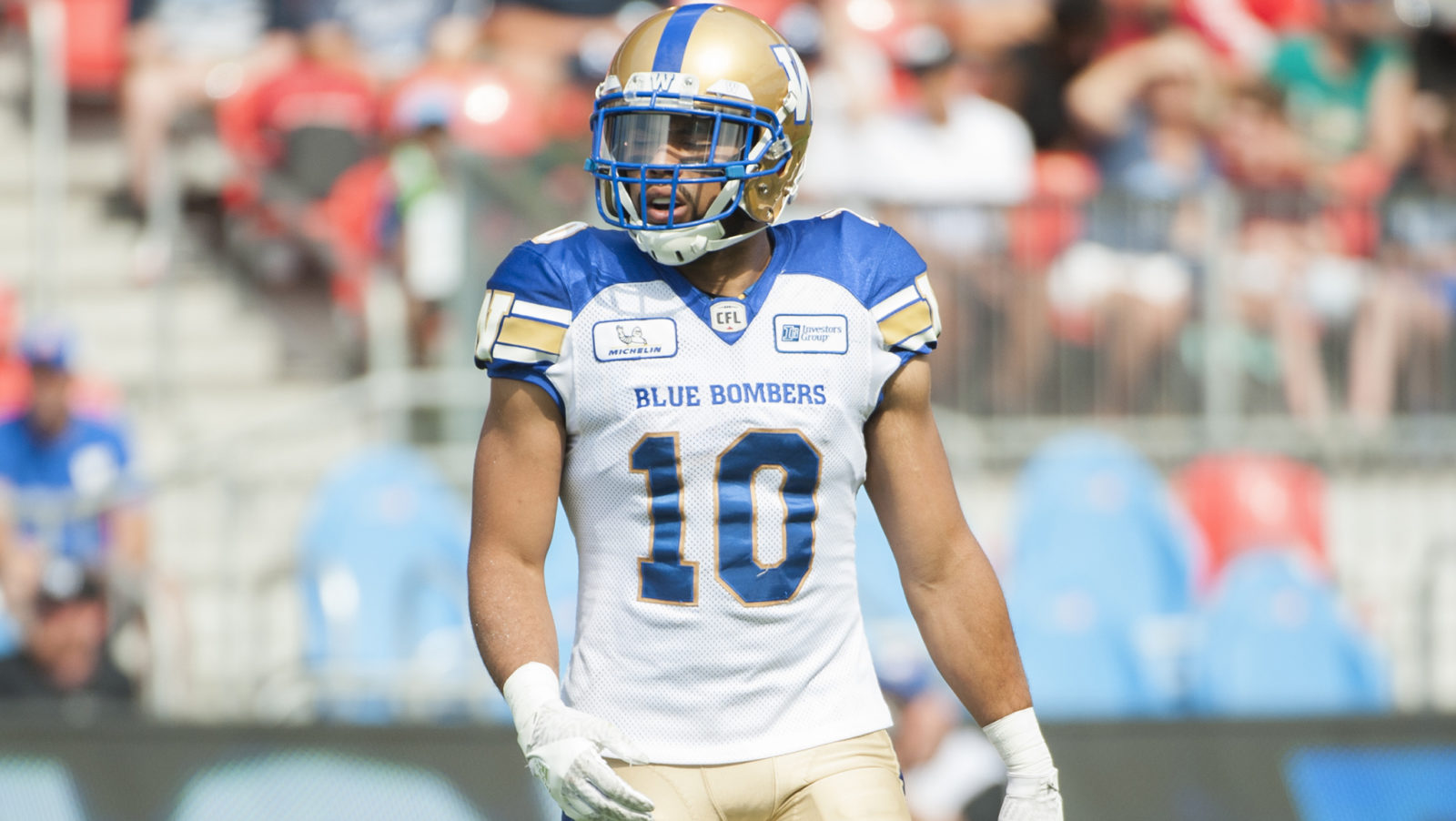 Against the wall, Bombers veterans know margin for error is slim

There are any number of words or terms that would best describe the vibe around the Winnipeg Blue Bombers this week, from ‘fiesty’ to ‘intense’ to ‘just damn ready to grab grass and growl at anybody who lines up opposite the line of scrimmage.’

There might not be a better player in the Bombers clubhouse to take the emotional temperature of the team than Jermarcus Hardrick, the mammoth all-star right tackle whose infectious approach to the game is evident on just about every snap.

And Hardrick offered this when asked to provide a sense of the vibe around his squad:

That’s a common theme in the room – it’s put up or shut up time – with still a third of the 2018 season remaining. At 5-7 the Bombers have left themselves no room for error in the hopes of hosting a playoff game and need to take care of business against the Montreal Alouettes Friday night in order to prevent the narrative around them from really turning ugly.

But there’s also a sense that the success this team has had in the last two regular seasons, with 11 and 12-win campaigns, is a sturdy foundation that shouldn’t be forgotten, especially now.

“A lot comes from us having won so much together,” Hardrick said. “We’ve been through so much together… we’ve been down by 14 with a minute left to go, we’ve had so many game-winning drives that we know what it will look like when it comes together.

“But right now, that’s not the product we’re putting out. That’s the product we’re searching to find. When you cut the film, you see exactly why our record is what it is. I give all the credit to the other teams, man. You can see it’s not anything special – they out-played us or they hit us harder. We’ve just got to get back to playing Bomber football and that’s hitting people in the mouth and having fun and just loving on each other.  The biggest thing, in my opinion, when we were winning over the last two years is there was so much love in here. That’s all we talked about. It’s still there, but we’ve just got to get back to putting it on film. 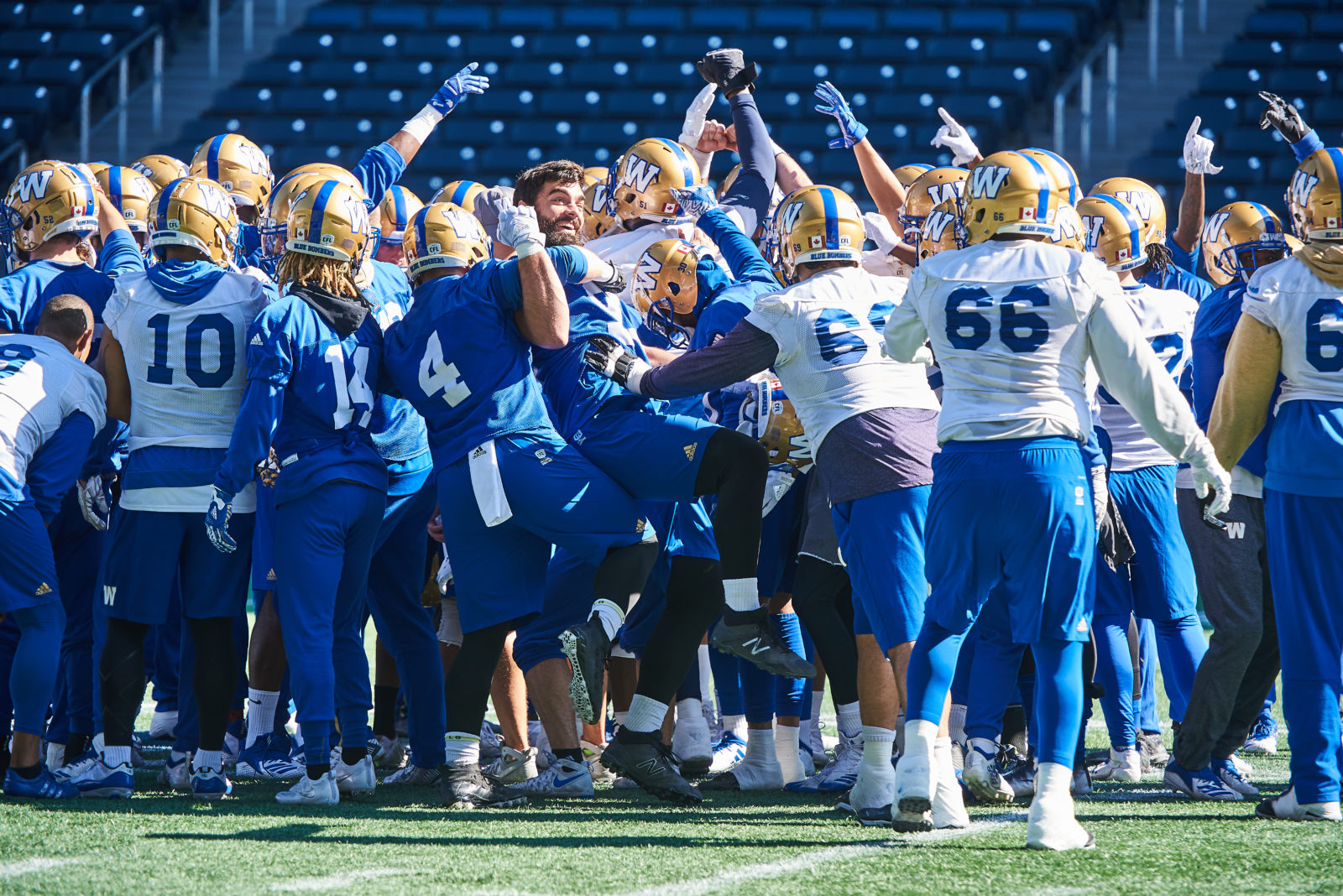 Despite a losing skid, the Bombers were keeping it light this week in practice, trying to make a push for the playoffs (BlueBombers.com)

The final third of the Bomber season includes Friday’s home game against the Alouettes and a trip to Ottawa on October 5th. But the other four games are all against West Division opponents, including two trips to Edmonton to face the Eskimos, another visit from the Saskatchewan Roughriders and a home date with the mighty Calgary Stampeders.

That schedule can be seen as daunting and certainly becomes that much more challenging without a win Friday.

“It’s not a waiting thing, it’s something we’ve got to do right now,” said slotback Nic Demski. “None of the guys in the locker room are waiting for that moment just to magically happen. We’ve just got to all be on the same page and all come together as a family and say ‘You know what, this is what we want. This is what we’ve gotta do’ and now we’ve got to go out there and do it.