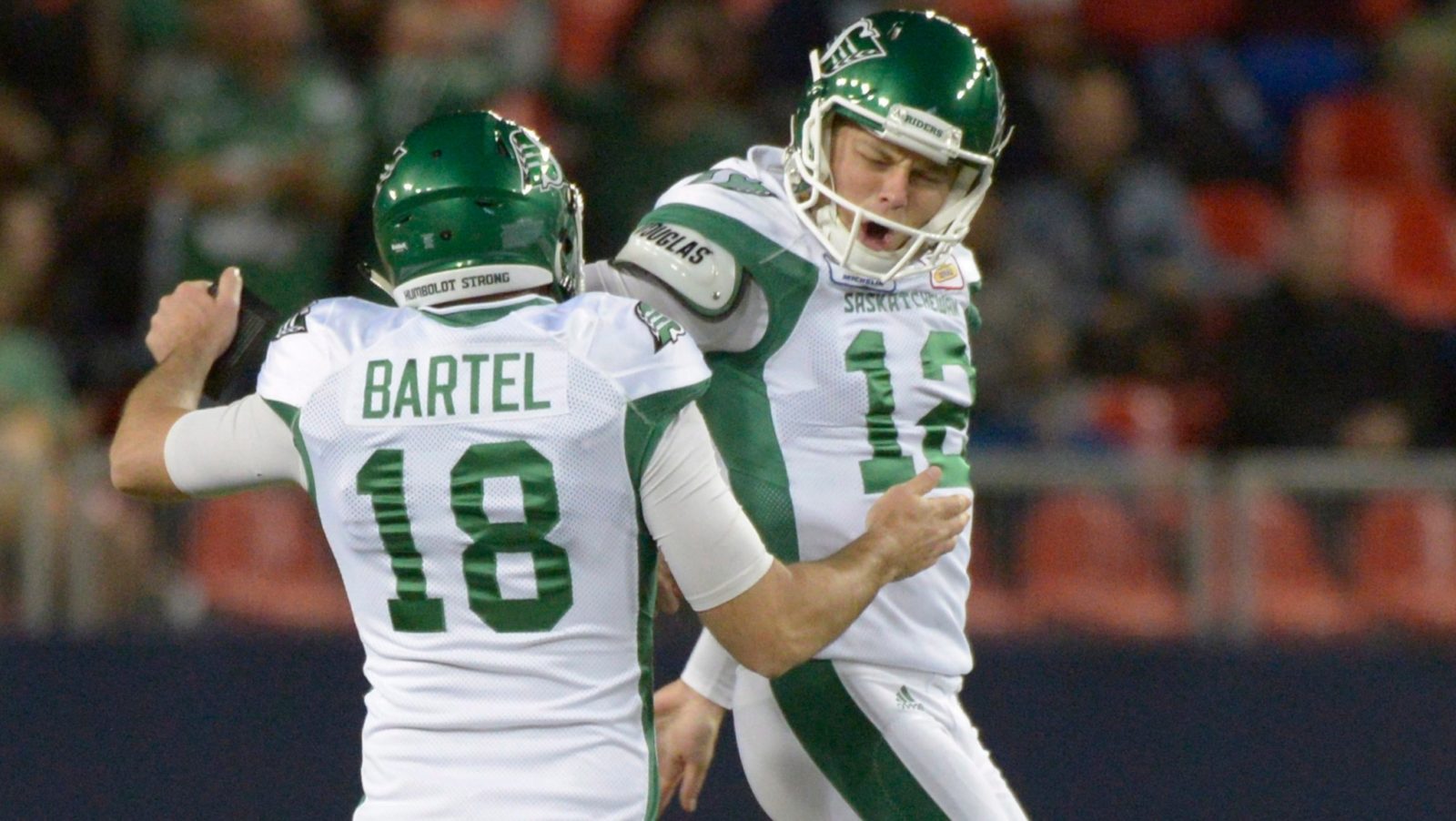 TORONTO — The Saskatchewan Roughriders improved their record to 8-5 with an exciting 30-29 victory over the Toronto Argonauts in Week 15, and in doing so they moved past the Edmonton Eskimos for second place in the West division. Riders kicker Brett Lauther continued his big season by coming through with a clutch 56-yard field goal in the final minutes to help secure the victory.

“Lauther just comes up clutch again for us, can’t say enough about him,” Quarterback Zach Collaros said after the win. “Everybody knows his story. I was with him in Hamilton and saw how hard he works, and he deserves everything that comes his way. Just a great clutch guy for us.”

Lauther was a perfect 3-for-3 against the Argos and has now made 39 of 42 field goals on the season, knocking through 92.9% of his attempts.

“You can’t say enough about him,” Head coach Chris Jones said after the win. “He’s kicked well for us all year. He’s got big nerves, so it doesn’t phase him to kick in those types of situations.”

However, the Riders still see some issues that need to be cleaned up, and Jones knows that the team is entering an important stretch of the season.

“They’re all important,” Jones said. “This time of year when the West is as tight as it is you gotta play your best football, and hopefully we can get back to playing better defensively.”

While Saskatchewan began to click on offence in their victory over the Argos, Jones knows that the other side of the ball has some room for improvement.

“Since the break we have not played really tight football,” Jones said. “We gotta get back to playing better man coverage and we’ve gotta rush the quarterback better.”

Collaros led some impressive drives against Toronto and finished the game with 233 yards passing and two touchdowns to Jordan Williams-Lambert, but the 30-year-old quarterback also threw a pair of interceptions.

“We have to clean up details and make sure that we are precise in everything we’re doing, and we’ll get better,” Collaros said.

The Riders will square off against the Montreal Alouettes next Sunday on the road in Week 16 action.