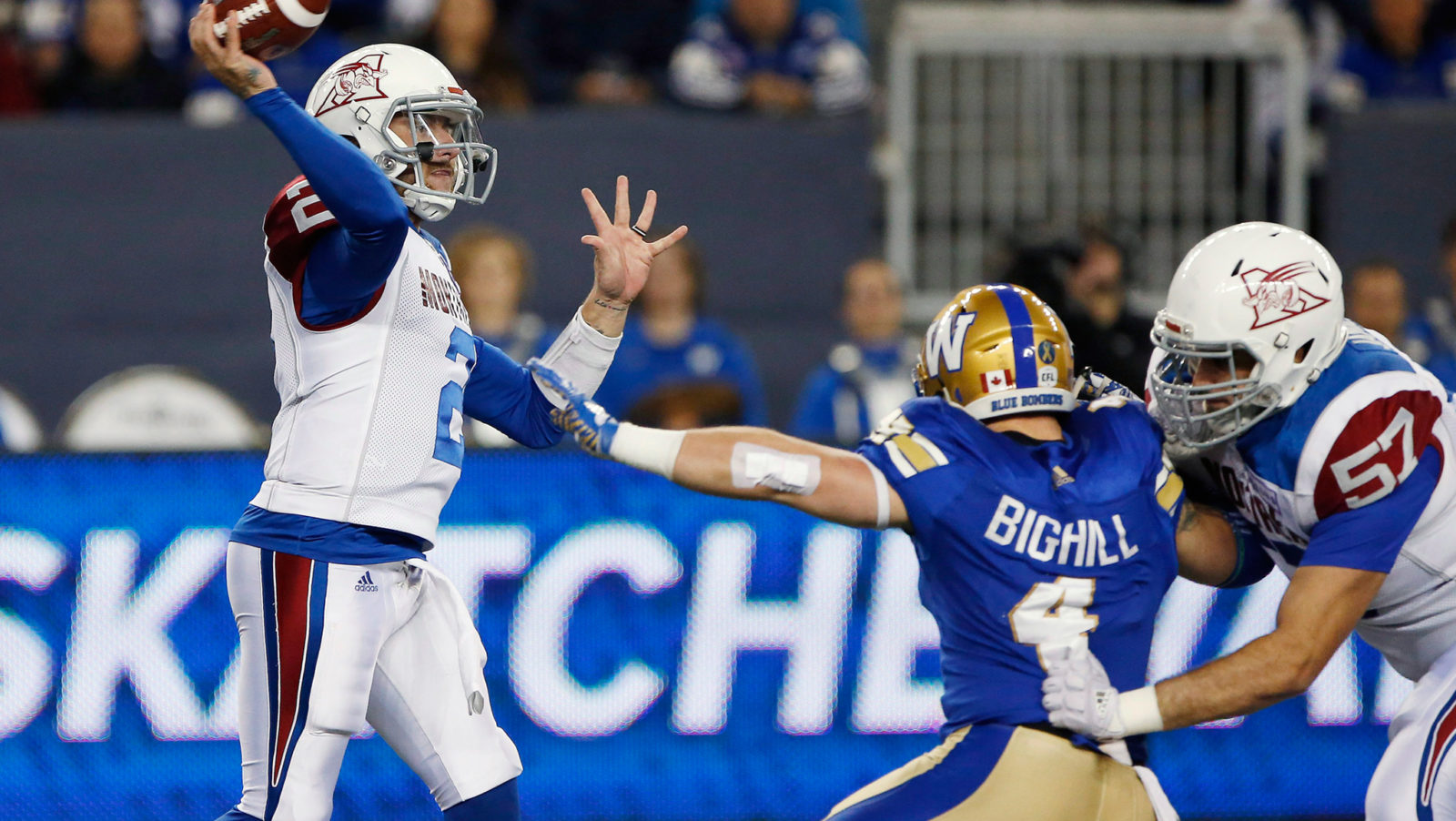 TORONTO —  Johnny Manziel may not have lit up the scoreboard in his third start with the Montreal Alouettes,  but if you watched closely enough in Friday night’s Week 15 loss to Winnipeg, you may have noticed some progress.

The first-year CFL quarterback completed 18 of his 25 passing attempts (72%), overcoming a few early drops and seemingly constant pressure from the Bombers’ front seven.

Yet for the most part, Manziel was accurate, made good decisions, and looked confident running the offence — all positive signs for a quarterback just three starts into his career in the three-down league. 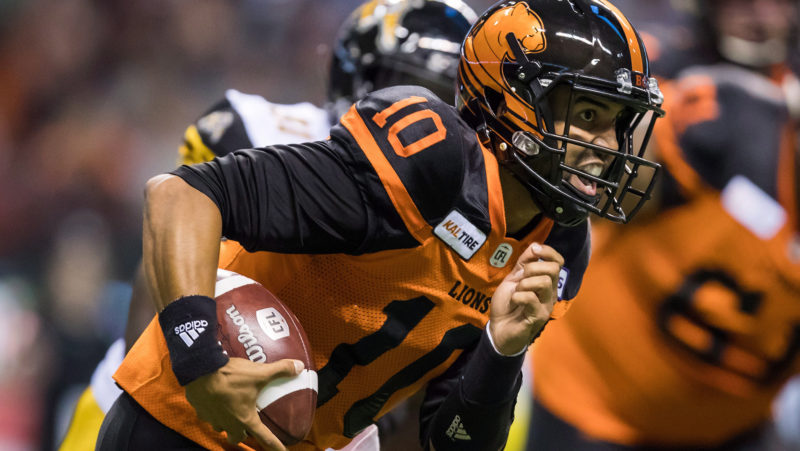 Elsewhere, Jonathon Jennings re-appeared in his old form this weekend, stunning the Ticats with some late-game heroics to lead BC to an overtime win.

Matt Nichols enjoyed a much-needed bounce back, ending a four-game losing streak with a strong effort against the Montreal Alouettes.

And in Ottawa, Trevor Harris put together his second strong performance in a row, leading the REDBLACKS to consecutive victories over difficult West Division opponents.

Who’s landing where in this week’s QB Index? CFL.ca ranks the pivots:

Mike Reilly had his worst game of the season against Noel Thorpe and the REDBLACKS defence, averaging 6.7 yards per attempt while being shut out in two quarters of play. Still, Reilly found the end zone twice, raising his season total to 39, and remains the front-runner for Most Outstanding Player. Look for a bounce back against the Bombers.

With an extra week to prepare, Bo Levi Mitchell must be salivating going into a home date with the struggling Argos. The Stamps’ pivot already has an impressive 27 touchdowns and just nine interceptions, while his 9.4 yards per attempt are by far a career-high. Injuries at receiver are an obstacle, but Eric Rogers‘ pending return should help.

Despite missing most of his top weapons, Jeremiah Masoli did all he could in a wild overtime loss to the BC Lions in Week 15. The Ticats’ pivot connected with Mike Jones for touchdowns of 55 and 75 yards, finishing the contest with 311 yards, two touchdowns and a season-best 12.4 yards per attempt. He’ll hope to have Brandon Banks back in the lineup for the rematch on Saturday.

When Trevor Harris is on, he’s on, and that’s no doubt been the case the last couple of weeks. In wins over Saskatchewan and, on Saturday, Edmonton, Harris has totaled 647 yards and completed 78 per cent of his passes, averaging 10.1 yards per attempt. The only red flag has been the inability to finish drives, with Lewis Ward ranking second in the CFL with 41 field goal attempts.

That was the Jonathon Jennings we remember. In the game’s desperate moments, Jennings covered 54 yards in just nine seconds, tied the game on a two-point conversion and then helped win it in overtime, leading the Lions to a possible season-defining win over the Ticats. The 26-year-old still has a lot to prove, but Saturday night was a reminder of the tantalizing potential in that arm.

Matt Nichols has fended off his critics, at least for now, with his most efficient performance of the season, completing 18 of 25 passes for 256 yards and a touchdown vs. the Als. Most importantly it was a win for the Bombers, who have ended a four-game losing streak and now head for a critical matchup with Edmonton in Week 16. There’s still some pressure there, but this helps.

It was an up-and-down day for Zach Collaros against his former team. On the one hand he had his first multi-touchdown game since August of 2017. On the other, he was picked off twice, including a pick-six by Argos defensive back Trumaine Washington. Considering the Argos’ eighth-ranked pass defence, Collaros did little to move the needle in Saturday’s game.

Johnny Manziel‘s critics will quickly point to his 0:5 touchdown to interception ratio through three starts this season, noting that he has yet to find the end zone. But Manziel has made clear progress from one start to the next, most recently completing 72 per cent of his passes for an average of 8.5 yards per attempt vs. Winnipeg. The upside is there, but a tough test arrives this weekend vs. the Riders.

McLeod Bethel-Thompson navigated the Riders’ defence almost without incident, compiling 321 yards and an interception on 32-of-44 passing. He did, however, overthrow a wide open S.J. Green on the game’s defining drive, setting up Zack Medeiros’ missed field goal from 51 yards out. It does not appear that Marc Trestman is considering a quarterback change.