Cauz: Just another unforgettable week in the CFL 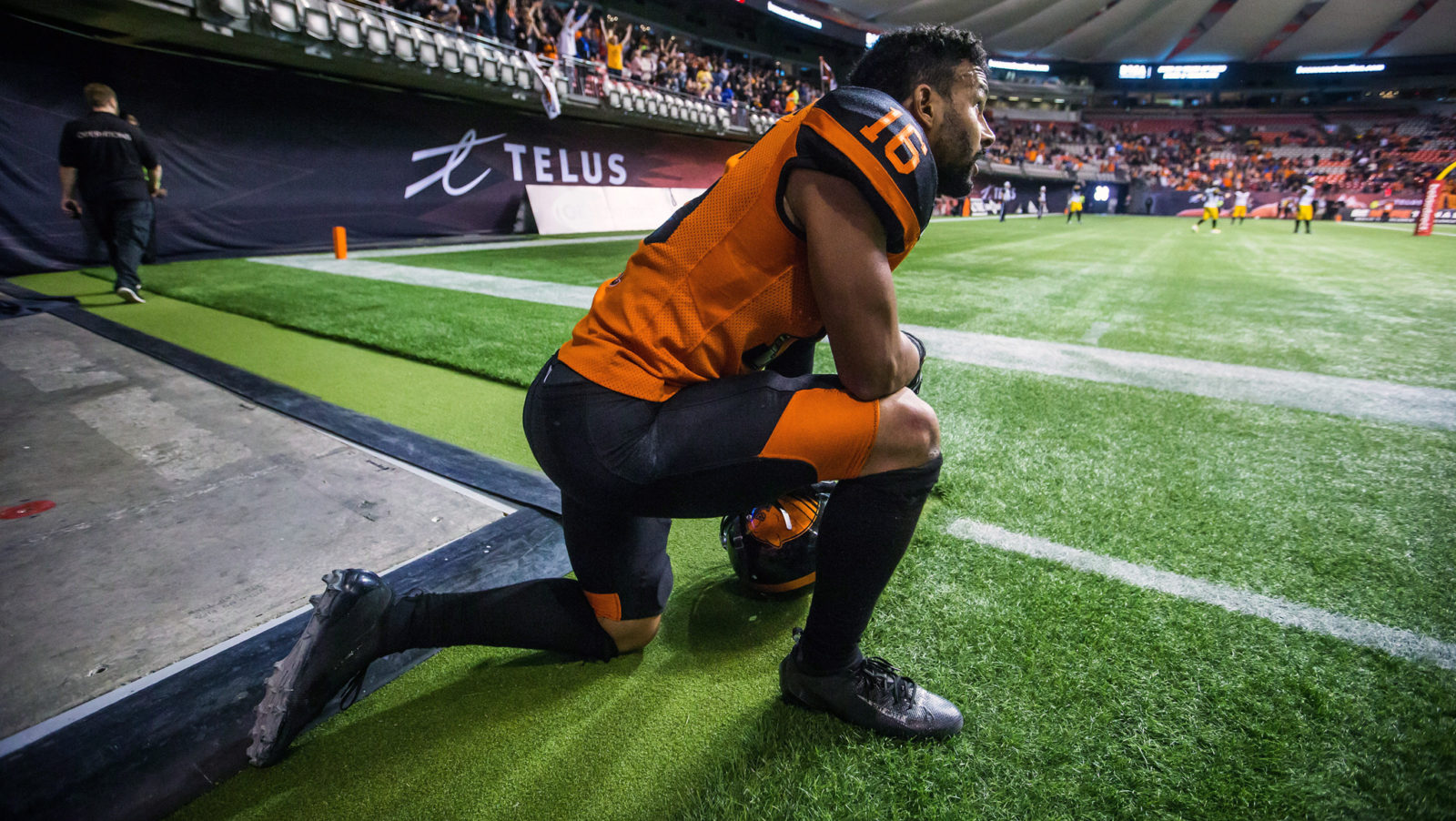 Cauz: Just another unforgettable week in the CFL

Thank you CFL for once again providing me (us) with another week of unexpected results. After being away from the country for the past two weeks I witnessed four things that ranged from “I have NEVER seen that before” to “what the hell am I watching?” and none of them involve June Jones’ late game play calling, but one does involve Jones.

First up: I have never seen that before!

I read that there were six touchdowns called back either due to penalty or an overturned call by the CFL command centre during Ottawa’s 28-15 win over Edmonton! I re-watched the game and only found five instances of that happening.  Now, maybe I missed one due to jet lag, but the bigger point is: Have you ever seen a game with that many overturned touchdowns? I haven’t in my 30 years of watching football and the crazy part is that the officials were justified in taking away each of those majors.

RELATED:
» REDBLACKS rushing up Nissan Titan Power Rankings
» Tale of the Tape: Ferguson breaks down Week 15
» O’Leary: Are the REDBLACKS starting to find themselves?
» Jennings on Heart-Stopping Win: ‘It was nuts’

OL Jason Lauzon- Séguin clearly had a hand in the face of Alex Bazzie, wiping out a Jean-Christophe Beaulieu touchdown catch. We knew about a second into Diontae Spencer’s late first quarter punt return that his score would be called back, you could see WR Marco Dubois block DB Hunter Monshadrik in the back just as Spence was starting to take off. Of all the reversals of fortune, I felt the worst for OL Mark Korte, who saw his touchdown catch taken away by an offensive pass interference call on Brad Sinopoli, who was blocking his man a second too early before the pass was thrown. Poor Korte, you only get so many chances to catch a touchdown as an offensive lineman.

Can we stop for a moment and recognize that the REDBLACKS were denied three touchdowns with seven minutes to play in the first half and still won the game?! At least in the third quarter the luck balanced out a bit as J.C. Sherritt wasted his breath returning a Harris fumble for six points, as replay showed that Harris was down before the ball came loose. Finally, Duke Williams had both a long touchdown catch and what could have been the catch of the year taken away by the correct call that Williams had trapped the Mike Reilly pass. Of all the calls, I kind of wish the referees and the eyes in the sky had screwed up and given Williams the touchdown. Williams somehow had fought off Anthony Cioffi and Jonathan Rose and had found a way to corral the pass into his body right as Rose was falling on top of him. Yes, it technically wasn’t a catch, but it may have been the best non-reception you’ll ever witness.

Next: The rarely seen moment of honesty

Now, while they don’t rank as high as coaches or executives, players are damn good at avoiding the truth by throwing at you a mountain of clichés and football jargon. So you can imagine my shock when Bryan Burnham was asked by TSN’s Farhan Lalji whether or not he had any doubt he was in bounds on the game tying two-point conversion with zeroes on the clock and he actually gave an honest answer. Instead of saying “of course” and “no doubt” and then down shifting into he had “faith in Jonathon Jennings” and this was a “great team win,” he admitted he had some doubt about whether or not it was a catch. Now, if only Burnham and Jennings had then sarcastically thanked the Tiger-Cats coaching staff for deciding to punt the ball out of bounds for the single point as they held back their maniacal giggles. Then we really would have had something, but I’m not greedy, I’ll take the rare honest admission.

Speaking of Coach June Jones: Do the clothes really make the man?

Watching Jones during his post-game press scrum I noticed the Hawaiian shell necklace he was wearing and I’ll be honest, it was kind of jarring. This is not a shot at all against the necklace but rather about the contrast of seeing this delightful and happy looking accessory around the neck of Jones, who could not have looked more dejected after such a difficult loss to the BC Lions. After that collapse by Hamilton, I would have expected Jones to come out in some super dark goth gear. For more on Jones’ fashion choice check out this article on the story behind his shell necklace.

Finally: Why, again, is Duron Carter on the Toronto Argonauts?

Sitting at BMO Field on Saturday night, you couldn’t help but focus on Carter as he faced Saskatchewan, his former team. We were all excited to witness just what Carter would do against Chris Jones and the Roughriders. But the fun revenge story was soon replaced with irrelevance. Carter was often lined up wide instead of his usual slot position and was targeted just once. As I have often said, I’m always wary of questioning coaches’ decisions, as I’m not at practice every day — I have no idea how Carter is adapting to Marc Trestman’s program. But the Argonauts are only ahead of Montreal in net offence and average yards per play.

McLeod Bethel-Thompson was forcing a lot of passes to Armanti Edwards, a solid receiver but not your traditional No. 1 target. Toronto desperately needs playmakers to help Bethel-Thompson, yet Carter felt more like an afterthought whose only role was glorified decoy. I have no idea what Trestman is thinking or what the plan is for Carter in both the short or long term. Maybe the only predictable aspect of this past week was the number of Roughrider fans in Toronto. As always, no group travels like those watermelon wearing football freaks. Good on them.