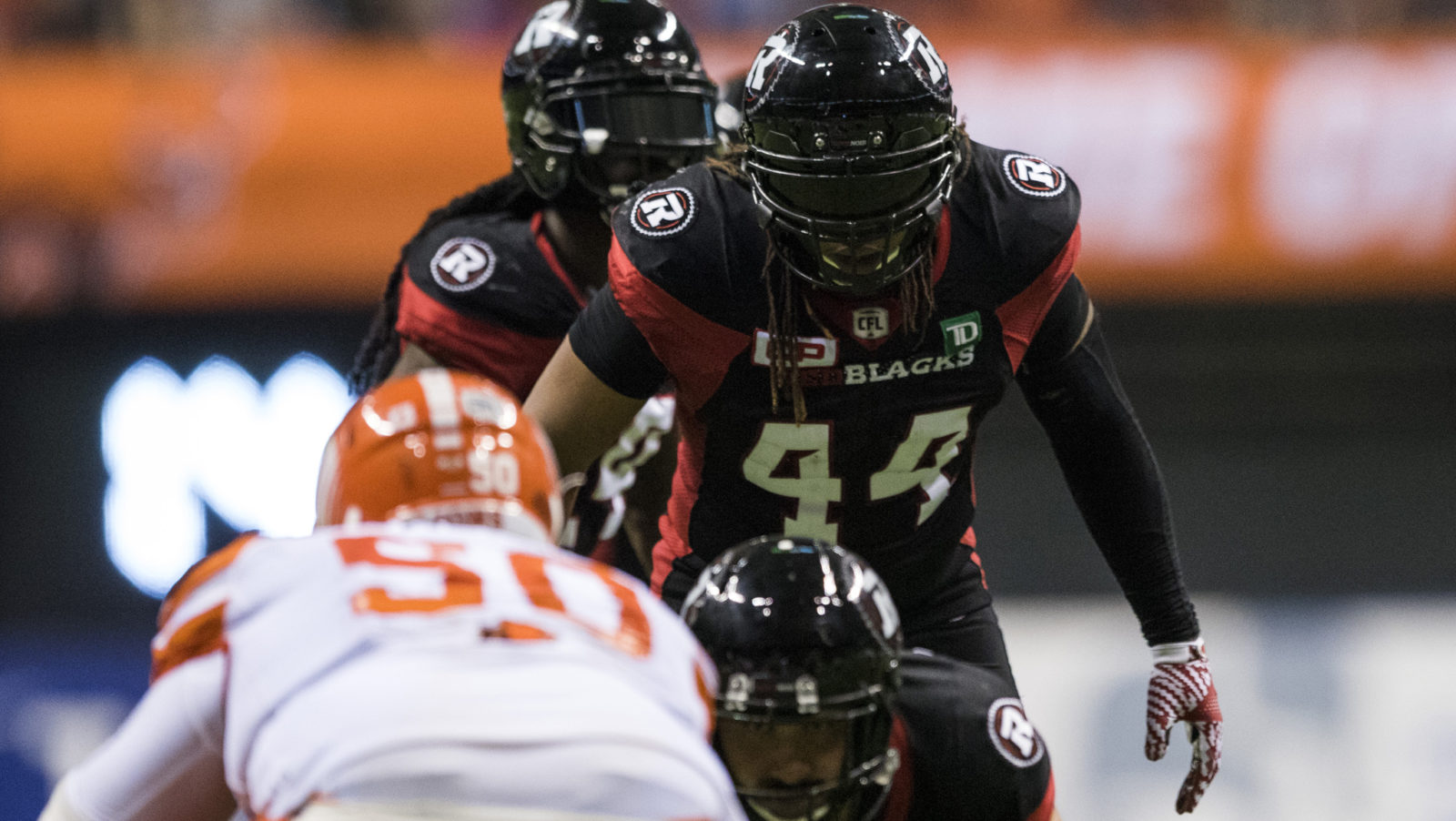 EDMONTON — The Edmonton Eskimos announced the signing of five players to the team’s practice roster on Tuesday.

The league’s practice roster expansion period got underway with the coming of Week 16 in the league’s schedule, allowing the Eskimos to add the list of players without having to release any as a result.

Linebacker Taylor Reed headlines the group of signings for the Green and Gold. A six-year veteran in the league, Reed has compiled 315 tackles, 17 sacks, five forced fumbles and two interceptions in 69 career games. The 27-year-old has been a member of the Hamilton Tiger-Cats, Calgary Stampeders, Ottawa REDBLACKS and the Toronto Argonauts. Reed won a Grey Cup in 2016 during his time as a REDBLACK.

Edmonton also signed defensive back Brandyn Thompson, bringing him back as a member of the Eskimos. Thompson is in his fifth year of being in the Canadian Football League, splitting his time with the Ottawa REDBLACKS and the Eskimos. Thompson has 142 tackles and eight interceptions to his name while playing in 53 games. The former Boise State Bronco was originally drafted by Washington of the NFL, being taken in the seventh round after posting a 4.53 40-yard time at the 2011 NFL Combine.

In addition to Thompson, the Eskimos also signed another defensive back in Justin Gibbons. The towering six-foot-five DB spent his collegiate career at Aurora University as a member of the Spartans football team.

The Eskimos also signed a pair of offensive players, bringing back receivers Peter Berryman and Torrance Gibson. Berryman spent two seasons at the Auburn University where he was named scout team player of the year in 2016. Berryman’s father, Tim, was the first overall pick in the 1976 CFL Draft, being picked by Edmonton after winning a Vanier Cup at the University of Ottawa.

23-year-old Gibson re-joins the Green and Gold after spending his collegiate career at Ohio State, where he eventually transferred to Cincinnati as a member of the Bearcats. From there, the six-foot-five Gibson went on to play football at Mississippi Gulf Coast Community College.