Ferguson: What would the Bombers be without Andrew Harris? 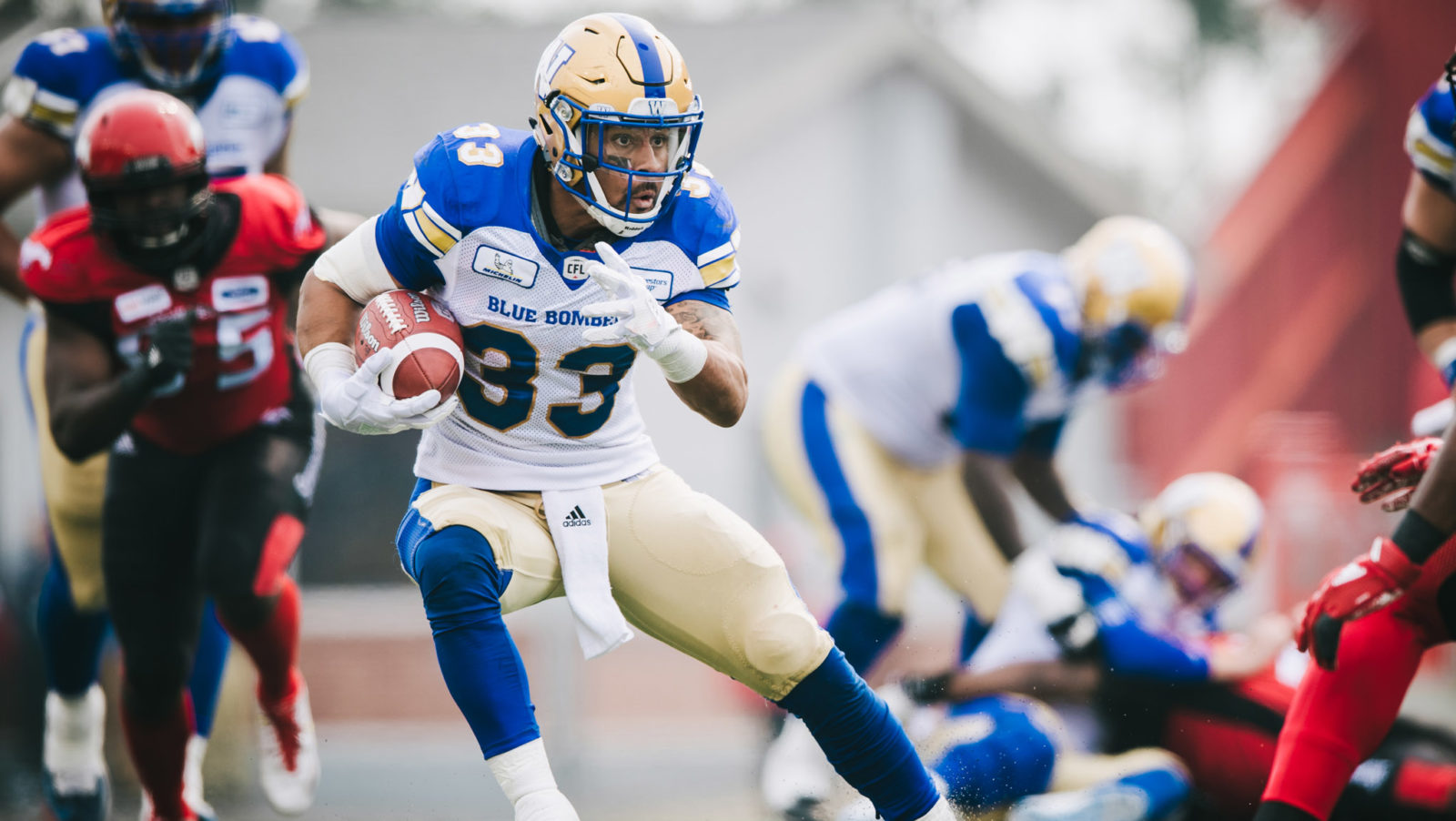 Ferguson: What would the Bombers be without Andrew Harris?

What would the Winnipeg Blue Bombers be without Andrew Harris?

It’s a question I’ve wondered about a lot over the last three years. Take away any team’s best player and they quickly become a shell of the franchise you know and love today but Andrew Harris might be the greatest example of that.

If you take Mike Reilly away from the Edmonton Eskimos they would absolutely fall off. If and when should NFL offers present themselves this off-season and Bo Levi Mitchell is no longer the quarterback of the Calgary Stampeders, that team would have a greatly different feel to it.

In both cases these elite quarterbacks are the ones who drive the engine of their respective offences which makes them invaluable, the same can be said for the reliance Winnipeg has on Andrew Harris as he gives the Bombers their best chance to win a Grey Cup of anyone on their roster currently.

Harris’ numbers don’t tell the full story of his effectiveness but they do paint the borders of his career canvas which he fills the interior of each week with marquee plays and crucial conversions.

This season Harris has 16 second down conversion catches, good for second on the team behind only the Bombers No. 1 receiver Darvin Adams (17). On those catches, Harris is targeted an average of just 2.2 yards past the line of scrimmage yet he still has 349 yards receiving as of Week 15.

This is all thanks to 74 per cent of Harris’ receiving yardage coming after the catch. A staggering number even for a running back.

Harris has ten of Winnipeg’s 43 touchdowns this season and four, 100-yard rushing games while no other Blue Bomber has one. He also has at least one catch in every game this season – a nod to his consistency and reliability – while he has caught six balls twice this season including an 11 pass target game at Calgary in Week 11.

All of these numbers tell me what my eye test has always: Andrew Harris IS the Winnipeg Blue Bombers.

Much has been said about Winnipeg’s quarterback play this season. Some of it can be chalked up to emotional prisoner of the moment reactions to losses, other moments are legitimate concerns for a franchise trying to find solid footing in the always tough West Division.

While parsing the irrational with the honestly passionate comments regarding Matt Nichols can be difficult, recognizing Winnipeg’s recovery strategy when not getting the type of quarterback play they’d prefer is not.

The answer is always Harris. He’s the soft landing for all things Blue Bombers offence when the game isn’t going the way Winnipeg imagined it would. He’s also the fourth quarter clock killer when things are going great and the workhorse anytime the team finds itself stuck between those two extremes.

Since joining the BC Lions in 2010 Harris has produced three of the top 15 single-season rushing totals for a national in CFL history. While most running backs tend to see a rapid rise and an extended demise Harris has consistently become more effective following his single season best 1,112 yard rushing total in 2012 with BC.

In 2018 Harris’ yards per carry have risen from his previous standout seasons as he receives more run touches and less in the passing game.

Thanks to that refocusing, Harris’ is projected to have his lowest number of touches since 2014 which would make you think he has taken a step backwards with a reduced role, but that couldn’t be further from the truth.

The Bombers offence has struggled to stay on the field at times and when they have been on the field Harris has been more effective than ever as he is headed towards possibly his most productive season since 2012.

Not to mention the rise in explosive first down runs.

Harris has show an ability to go over, around or through defenders. He is heavy relied upon more now than ever by Winnipeg and if they hope to make any noise in the CFL playoffs, he will have to be the one to make it happen.