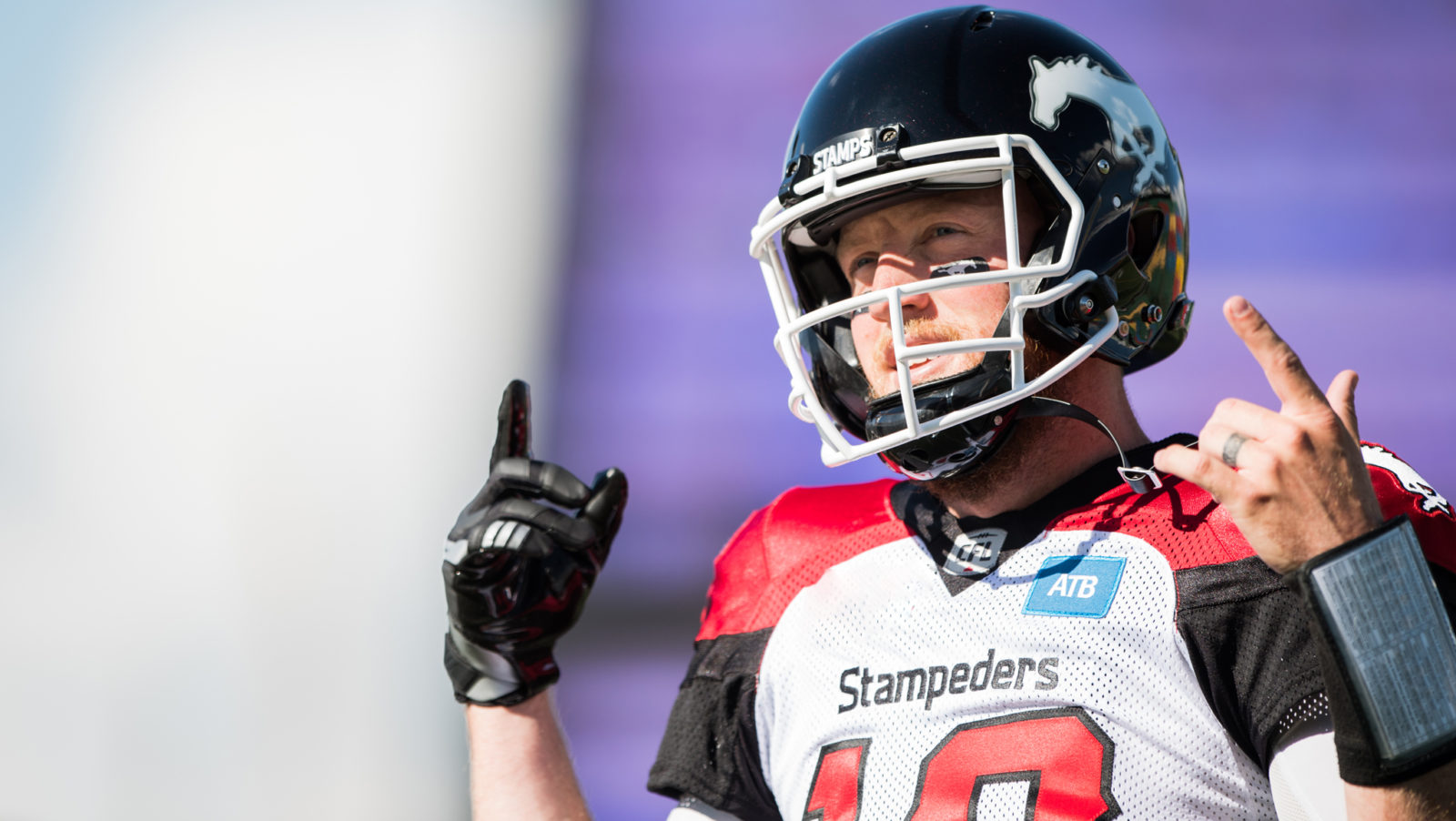 He started with Stamps President and general manager John Hufnagel.

Bo Levi Mitchell keeps climbing the CFL’s all-time passing list, moving up 11 spots this season, and his 22,979 career yards have him in front of those two familiar faces.

“[Dave] kind of mentioned it in our meetings as a little joke,” laughed Mitchell.

“It’s cool. It’s awesome to have been able to play my entire career here so far and hopefully continue that. I think I passed Huff a couple of weeks ago, so it’s kind of funny to pass those two guys on the list.”

Mitchell climbed the charts past Hufnagel on Aug. 25 when he racked up 452 yards against the visiting Winnipeg Blue Bombers.

It wasn’t until last week against the Hamilton Tiger-Cats that Mitchell leap-frogged his current head coach.

“I would have benched him if I knew he was that close,” joked Dickenson.

“I don’t know my stats, but I know Bo is doing a great job and he’s got a lot more in him.”

Mitchell officially surpassed his current bench boss on his 99-yard touchdown pass to Reggie Begelton in the third quarter.

Along with Hufnagel and Dickenson, Mitchell has also skyrocketed past some other former Stampeders this season, such as Peter Liske, Khari Jones, and Joe Kapp.

Seeing the names of the men he’s passing on his way up the list, Mitchell is just thankful that he’s had those great minds – among others – to help guide him through his CFL journey.

“It makes you realize how many great quarterbacks are around you. [Ryan] Dinwiddie is up there as well and [Marc] Mueller was a great college quarterback, so there are a lot of guys bringing a lot of intelligence into that room.”

He’s not far behind his next target: former Stamp Danny Barrett.