Berg vs. Ferg: What’s the best ‘signature move’ of all-time? 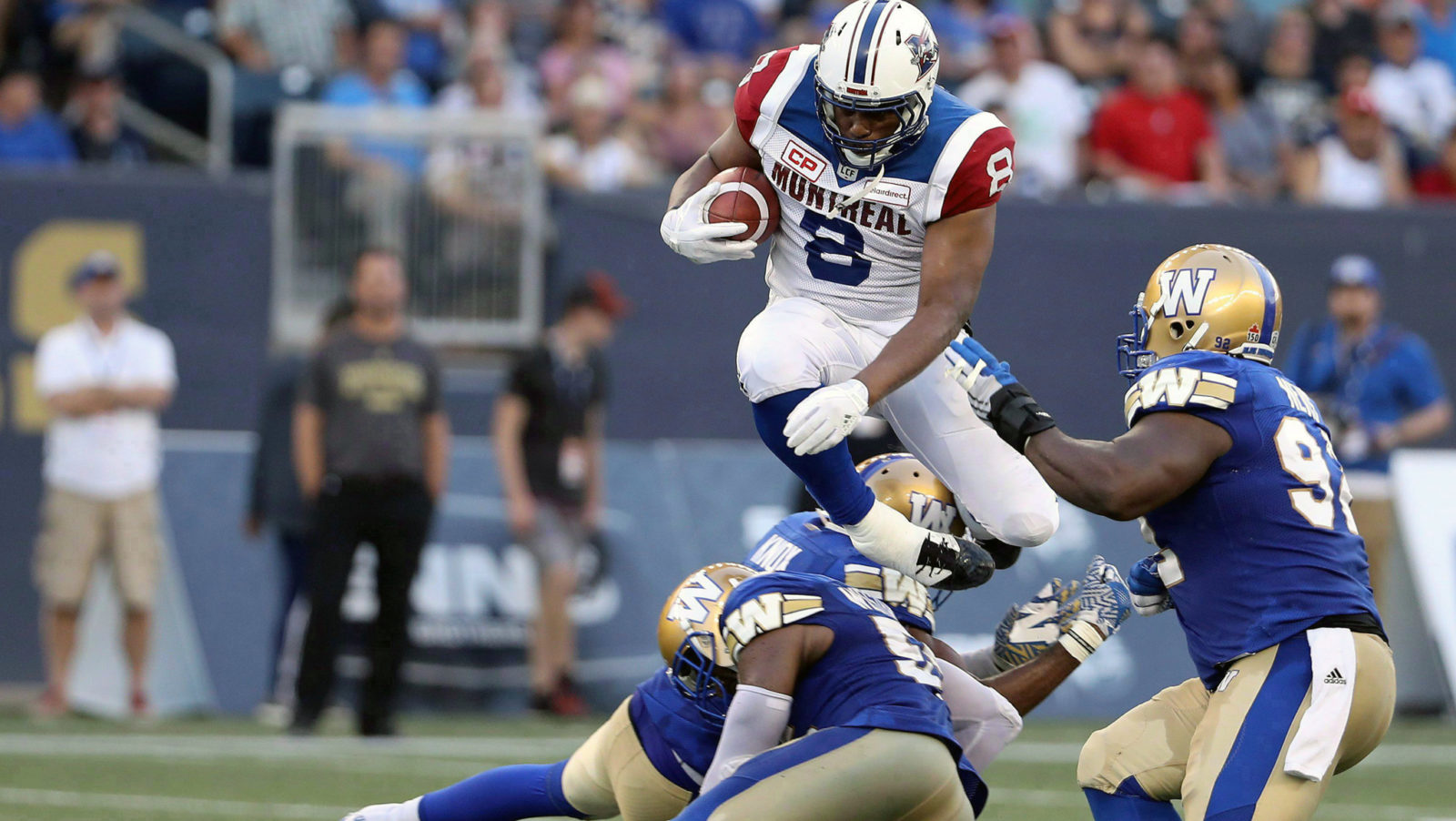 Berg vs. Ferg: What’s the best ‘signature move’ of all-time?

Berg vs. Ferg returns for another season on CFL.ca as columnists Pat Steinberg and Marshall Ferguson debate over some of the league’s most contentious storylines. This week’s question: what’s the best signature move of all-time?

TORONTO — From Anthony Calvillo’s pump fake to Doug Flutie’s evasiveness, there are plenty of examples that come to mind when we think of signature moves in the CFL.

Another instance was on display this weekend, when Zach Collaros and his ‘shoulder dip’ helped him avoid a defender before completing a pass against his former club in at win at BMO Field.

The patented Ricky Ray corner route and Nik Lewis hurdle are others that Ferguson and Steinberg argue are staples of the CFL game past and present — moves that, when we think of these players, embody their prolific careers.

Who has the best signature move of all-time?

The debate is on in this week’s Berg vs. Ferg.

When I was watching the Riders-Argos game Saturday I saw Zach Collaros perfectly manoeuvre the pocket to avoid a Toronto pass rusher in a way I’ve seen him do so many times. He gave the defender a false target, dipped his shoulder to step away from pressure then returned to the vacated spot left by a defensive end running past.

It was a move that Collaros has perfected and made part of his imagery. It made me wonder about some of the other best marquee moves or consistently unique and special plays which CFL players make.

If you’ve read anything on this website, you know I love to discuss quarterback play. I began thinking about marquee quarterback moves and boiled my list down to a couple trademark plays worthy of the Berg vs. Ferg treatement.

While Calvillo’s pump is unique and memorable, I believe there to be no more dominant force on a CFL field at its peak than Ricky Ray’s ability to feather the leather on a corner ball with precision accuracy, timing and loft.

That throw turned Ricky from some guy from Sacramento State to the name we know and appreciate today as one of the best to ever lead a CFL huddle. In the NFL or NCAA, this throw likely wouldn’t qualify as a game changer, but on a Canadian field, Ray’s ability to lay a corner ball into receivers’ hands accurately while playing games with free safeties and corner’s eyes, became an essential part of his dominant run.

Perhaps, most importantly, that throw didn’t require any grand athleticism or upkeep, which allowed Ray to age gracefully. A feat rarely achieved in the often-unfair game of pro football.

Ricky Ray’s corner throws will forever be a part of CFL lore. I believe it’s the greatest trademark CFL player move ever.

Nik Lewis accomplished an immense amount during his 14-year CFL career. He holds a league record for career receptions, won two Grey Cup titles, was named 2004 Most Outstanding Rookie, and goes down as one of the best possession receivers this country has ever seen. And yet, when I think Lewis, I think about him hurdling unsuspecting defenders before I think about anything else. It’s why it became his calling card.

Let’s be honest, Lewis did not have the most traditional frame for a successful receiver.  At 5-foot-10 and 240 pounds, he looked more like a linebacker or a bruising tailback than he did a prolific receiver. So when you saw Lewis elevating over diving opponents seemingly out of nowhere, it came as a bit of a surprise. Even after seeing it over and over again.

That’s the craziest part for me, because it’s not like this was a once in a while thing. And yet, every time you saw Lewis vault over someone, it seemed like it was happening to that defender for the first time. But that’s because Lewis was as athletic as he was; he was able to launch himself in stride and without warning. And it earned him a good chunk of extra yards as a result.

Look, Lewis should be remembered for a lot of things. He was brash and opinionated off the field, threw devastating blocks and made catches on it. For what he accomplished throughout his 14 years, Lewis will be a deserving inductee into the Canadian Football Hall of Fame. There’s a few pictures of him hurdling a helpless defender that would look good on his plaque.