Stamps’ Rogers to sit in Week 16 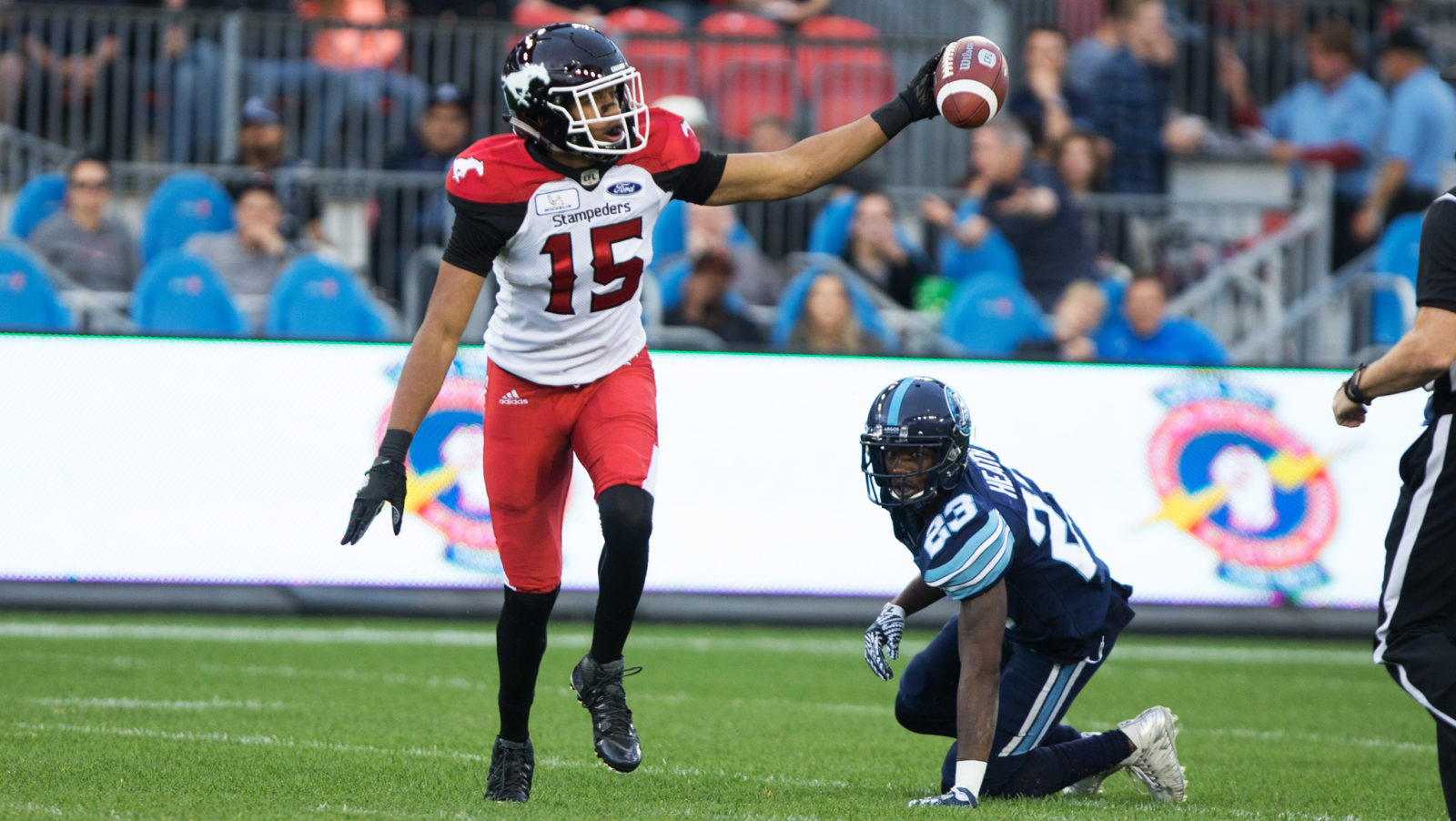 Stamps’ Rogers to sit in Week 16

CALGARY — Despite practising, Eric Rogers‘ return to the field will have to wait at least another week.

The Calgary Stampeders receiver appeared to be close to game action, but isn’t in the lineup for the team’s Friday night matchup with the Toronto Argonauts.

Instead, 26-year-old Markeith Ambles will start in his place.

The Stamps have been hit hard by injuries this season, especially in the receiving corps, with Kamar Jorden sidelined for the remainder of 2018 and DaVaris Daniels out most of the regular season. Rogers has been dealing with issues with his knee.

However, they appear to be getting healthier as a whole, as Rogers, defensive back Ciante Evans, defensive end Cordarro Law, and centre Ucambre Williams all saw the practice field this week, according to the Calgary Sun’s Danny Austin. None of which, however, are are in the lineup this week.