Reggie Begelton out for remainder of season with broken arm 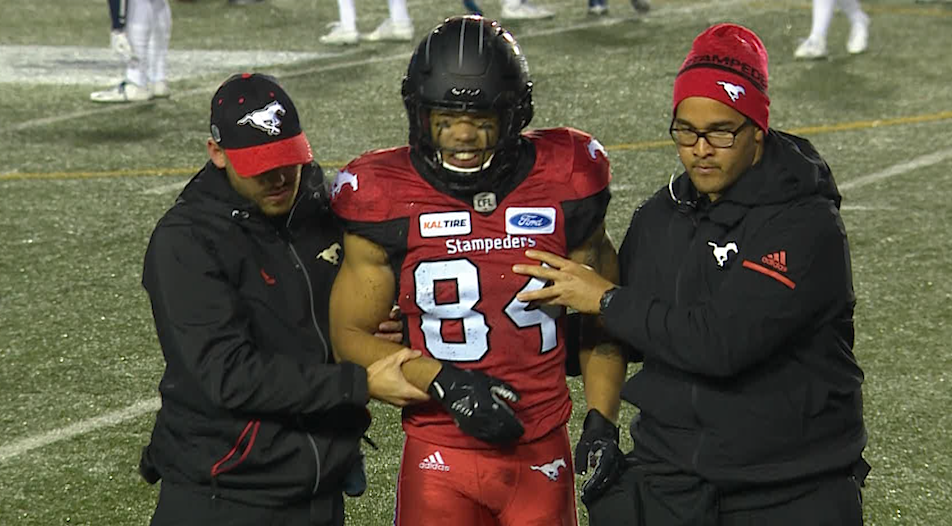 Reggie Begelton out for remainder of season with broken arm

CALGARY — The injury bug has bitten the Calgary Stampeders receiving corps once again.

Stamps pass-catcher Reggie Begelton will miss the rest of the season with a broken arm.

Thank you all for the support and encouragement! I’ll be back even better next year! But for now the stamps has a grey cup to win! 🤙🏽🤙🏽🤙🏽 #GoStampsGo

The 25-year-old receiver was forced to leave Friday night’s game against the Argonauts in the opening quarter after suffering an injury while blocking on a punt return. Begelton was favouring his right arm after the play and was carted off to the locker room. He was coming off back-to-back 150-yard games.

The Stamps are already thin at receiver with starter Kamar Jorden out for the season with a knee injury and DaVaris Daniels being sidelined long-term. Eric Rogers will spend another week on the injured reserve.