Angus Reid enjoyed a lengthy career as a member of the BC Lions, playing in three Grey Cups and winning two as he clashed the trenches for the Leos. Now, he’s released “Thank You Coach: Learning how to live by being taught how to play”, a compelling story compiling some of Reid’s most crucial moments of development through his journey of professional football.

So excited to announce my first book #ThankYouCoach is now availble on #amazon both in Canada https://t.co/RG4vvwGTMk
and the U.S https://t.co/471fEhoFKG Looking forward to any and all feeback. Enjoy! #ThankYouCoach #Football pic.twitter.com/tR8mCaFBOO

A native of Richmond, British Columbia, Reid enjoyed his collegiate career as a member of the Simon Fraser Clan. He then went on to be drafted fourth overall in the 2001 CFL Draft by the Toronto Argonauts, but started his career with the Montreal Alouettes, later being traded to the BC Lions in 2001 where he would enjoy a 13-year career, being named a CFL All-Star in 2011.

The book, which is Reid’s first to be published, compiles a series of stories and events from Reid’s life as he overcame early struggles in his attempt to make it in professional football, and honouring those who helped him along the way. The book goes into detail on the lasting impact on any athletes life that comes as a result of great coaching, mentoring, and leadership as told from the first-hand experience of the former CFLer.

Reid’s book is available for purchase and can be found on both the Canadian and American Amazon websites. 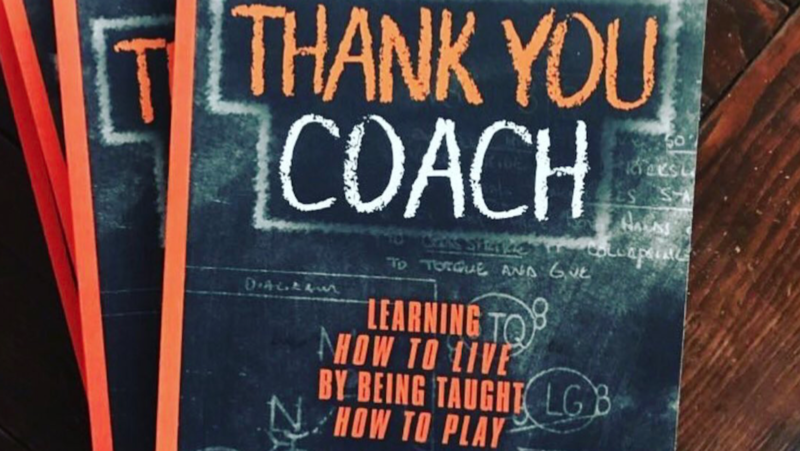 2x Grey Cup champion Angus Reid released his first book titled “Thank You Coach: Learning how to live by being taught how to play”. Reid spent 13 seasons in the CFL as a member of the BC Lions. (Angus Reid)