O’Leary: Playing to their own time clock 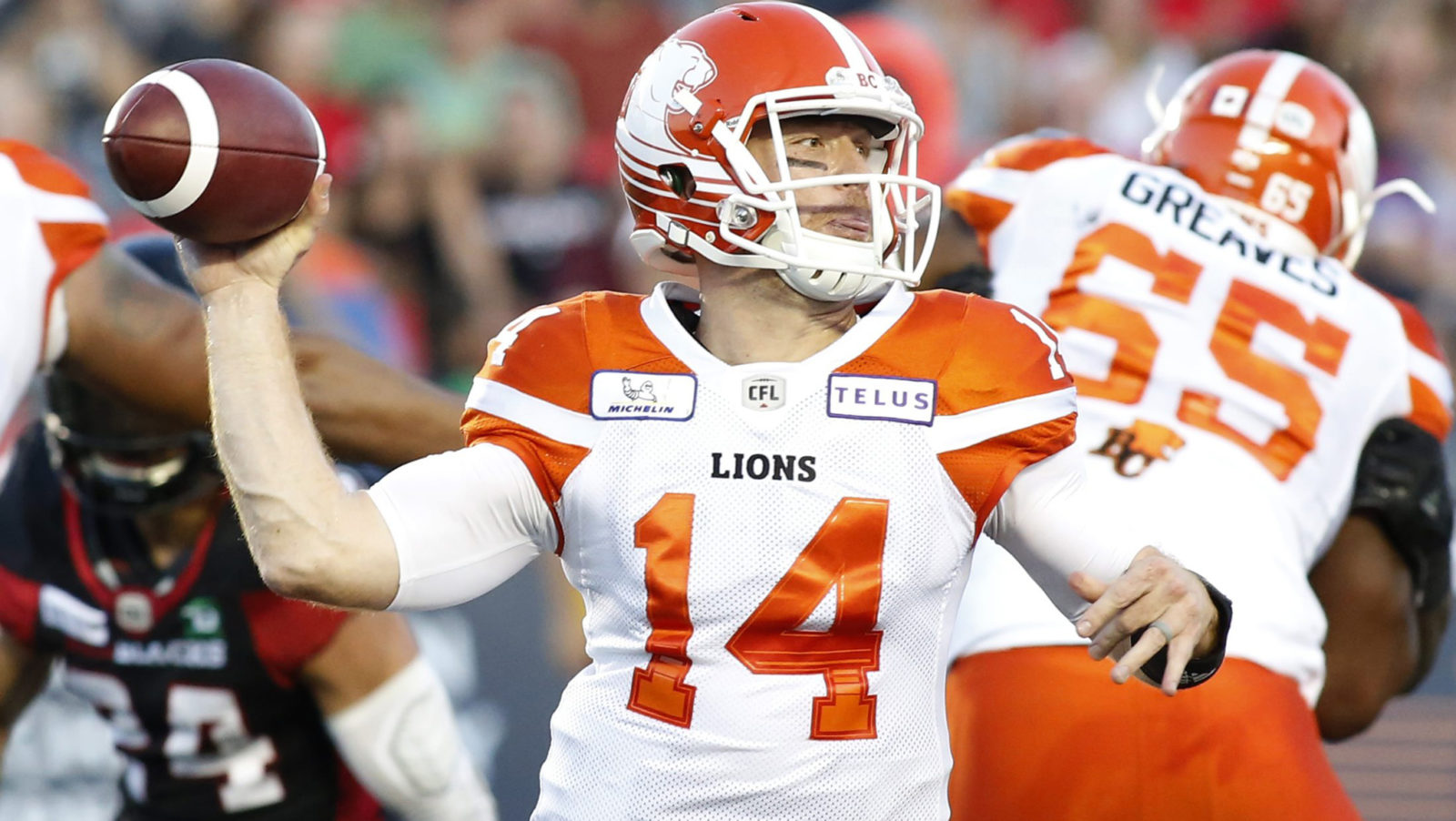 O’Leary: Playing to their own time clock

It’s followed Travis Lulay everywhere he’s gone the last few years, a shadow lurking over him every time he’s fallen down and gotten back up.

It was there when his surgically-repaired right shoulder was injured again in 2014. When he rehabbed from that and had a devastating ACL injury last year, it returned. He followed the same course, returned this year and when he fell to the turf in Montreal a couple weeks back, the shoulder in his non-throwing arm separated from its joint, it returned.

Off that quick count alone, Lulay has been retired three times by fans and media alike. We’re quick and getting quicker with our perceived ability to see a player, assess an injury or lack of talent and write them off. This guy is terrible. He’ll never play again. He’s washed. It’s over. 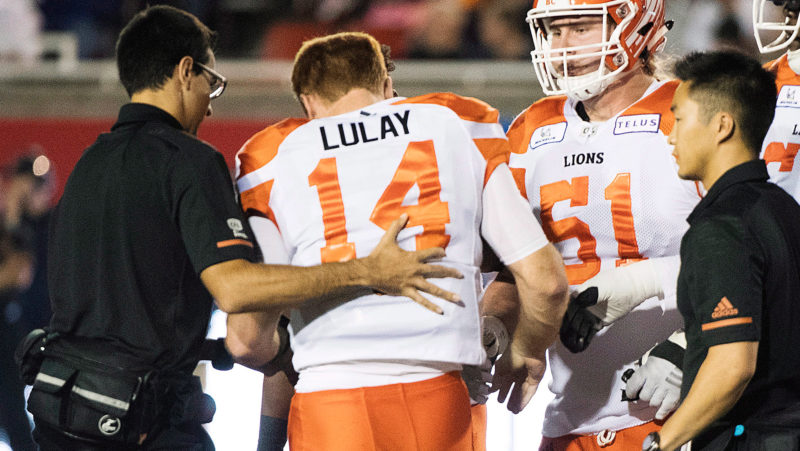 Through numerous injuries, Lulay has always found a way to bounce back and remain as one of the league’s top signal-callers. (The Canadian Press)

“To be frank with you I don’t pay attention to that,” Lulay said last week when the Lions arrived in Hamilton to play the Ticats. Earlier in the day he’d been re-activated from his shoulder injury and listed as the team’s third-string quarterback.

“I’ve been around long enough to understand that so often, whatever happened, that’s the way it is. He didn’t play well so he’s bad. Or they need to bench this guy or play this guy. This guy’s hurt, he’s done. I’ve seen it a million times. That’s not the case.”

“If someone says that’s gotta be it, that doesn’t mean anything. You have decisions to make. There’s some reality to those type of statements, but it doesn’t bother me. I’ll make a decision based on what’s best for me and my family regardless of whether someone says whether I ought to or ought not to.”

Lulay didn’t see the field on Saturday when the Lions were trampled by the Ticats, but as his shoulder continues to strengthen you can bet that he’ll get back under centre this season. 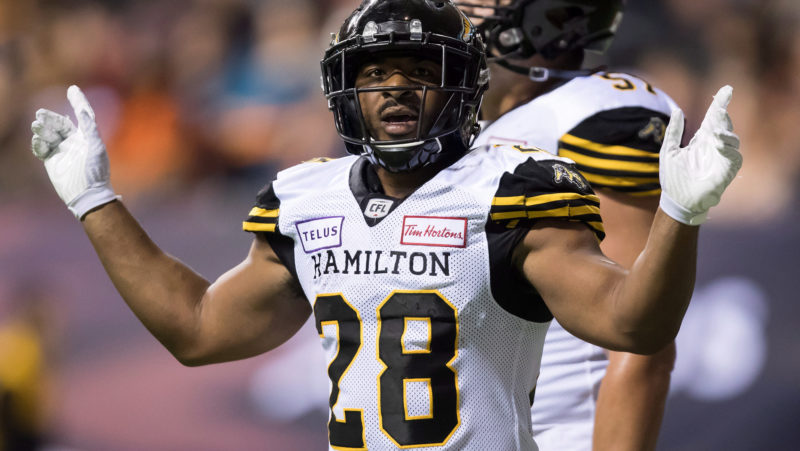 John White has faced his own critics following a series of injuries that left his career in question. Now with the Ticats, White is relishing the time with his new team. (The Canadian Press)

Ticats running back John White did get on the field on Saturday and was able to shake off some of those same naysaying demons. He played a key part in Hamilton’s strong start, racking up 80 of his 108 rushing yards in the first five minutes of play. It was his best game since Week 1 of the 2017 season when he ran for 104 yards and a touchdown against (wait for it) the BC Lions.

The 27-year-old had a promising career thrown into tumult with a torn Achilles tendon in 2015, then a torn ACL a week after that strong game against the Lions a year ago. In that compact five-foot-eight frame, there’s an unmatchable resiliency that outweighed the noise around him over the last year.

“Oh yeah, of course (you hear doubters), but you can’t base your decisions on how you’re going to go about your life off of other people’s decisions about how they want to talk about you,” he said. “You’ve just got to live your own life. You know what you’re capable of. I know what I’m capable of.”

Retirement was never in the picture for him.

“I knew I had way more to give out there. I’ve been out here (in Hamilton) a while. I got the opportunity to play but I just had some bad luck. I feel like that’s all over with and I’m trying to go get that Grey Cup.”

Maybe the only thing that he’s stressed over since landing with the Ticats in June is what he’s been able to put on his feet. White is one of the biggest sneakerheads in the league. He spent the early parts of his CFL career mapping out sneaker boutiques to visit on road trips with the Esks.

“It stays boomin’,” he said of his collection. “I’ve been quiet. I’ve been on that PR (practice roster) life.”

White laughed as he said it, with the confidence that he’s made a case to stay on the active roster. With the run game’s importance growing each week in the cooling weather, White’s been all smiles. Things are getting back to normal, even if he was in the minority of people who thought they would for him.