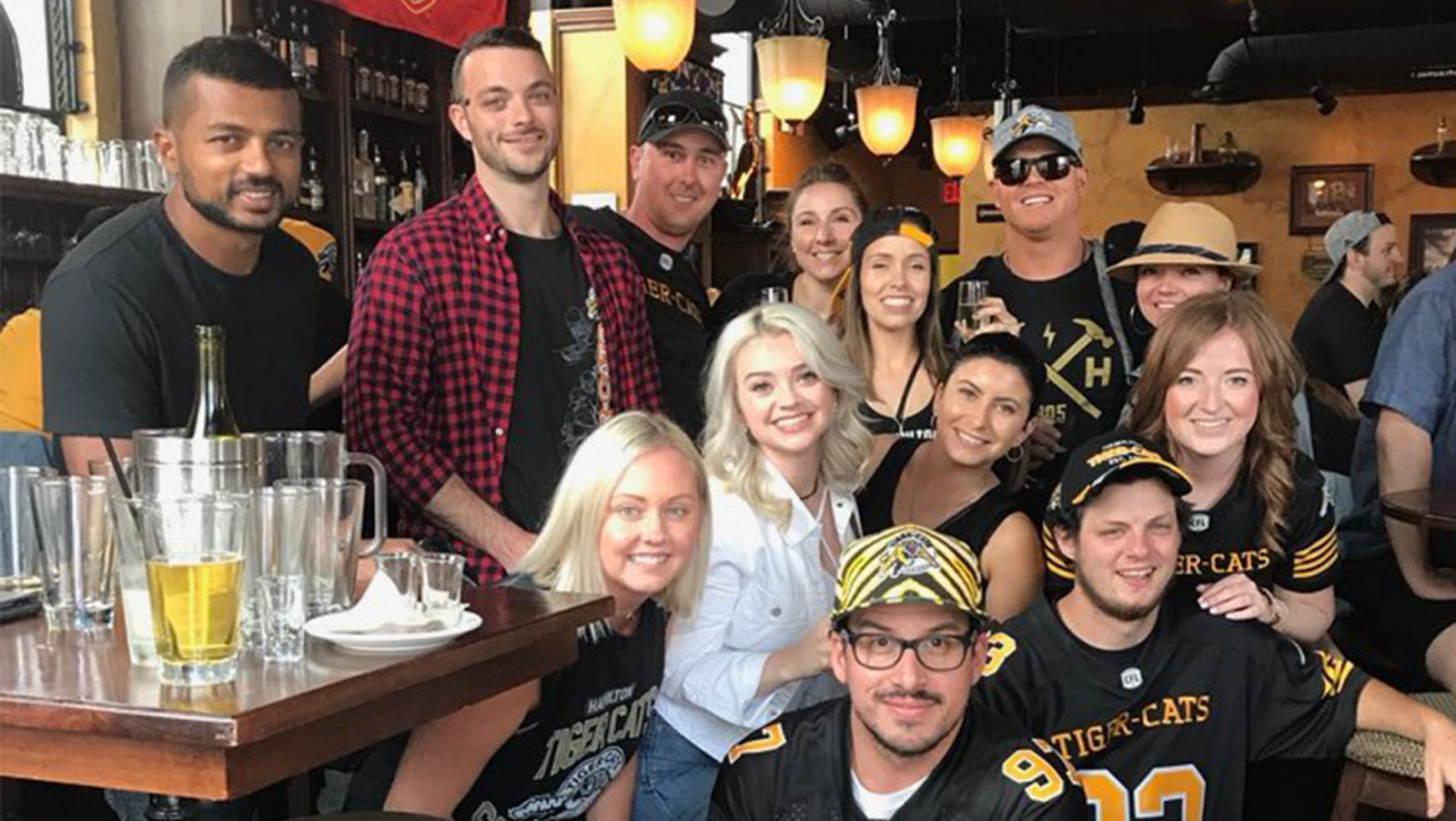 Hamilton Tiger-Cats fan Laura Stewart has seen a lot of black-and-gold football in her life.

Whether it be the team’s marooned 2013 season at the University of Guelph or Jeremiah Masoli setting the consecutive completions record in Edmonton two years ago, Stewart has followed her team through thick and thin.

“Growing up, my parents had season seats so I’ve been a fan since birth,” laughs Stewart, who got her own season tickets with her brother eight years ago. “Our first season was at Ivor Wynne, while it was closing, then Guelph was a tough year — the excitement of the new stadium was awesome.

“The Ticats have done a fantastic job with the entertainment value, you don’t ever want to miss a game.”

Anybody in the league will tell you Hamilton identifies in a unique way with its football team; the Ticats have a key role in the city’s identity.

“Hamilton’s a very blue-collar town, a steel-working town, (and) it’s always been affordable with an emphasis on family and community,” explained Stewart. “More recently, they’ve done a good job of making sure it’s not just what’s on the field: The concerts, the bars around the stadium, it’s the place to be on a Friday or Saturday, even if you’re not a diehard football fan.”

Given the team’s relationship with its city, it’s unsurprising the Ticats enjoy strong travelling support — especially in the East Division.

“My favourite game since I’ve been a season-ticket holder wasn’t at home — we travelled to Toronto for the East final in 2013, and the organization did a really good job of ‘hey, let’s make this feel like home’,” explained the third-generation Tabbies fan. “It was probably 50/50, Ticats-Argos fans, a nail-biter and we did squeak it out to go to Grey Cup for the first time in a decade-plus.”

Then, of course, there’s Grey Cup and the festivities that come with it: Regardless of whether Hamilton is in the big game, Stewart tries to get to the CFL’s marquee event in late November.

“I’ve been to Grey Cup when we have been in it and haven’t, but it’s just as much fun the whole rest of the weekend even when you’re not in the game,” she said. “It’s busy all weekend — I finished at the Eskimos breakfast and went to watch the Vanier at the Ticat team party, and I couldn’t even get in at, like, noon!

“It’s a good mix of diverse CFL fans from all over the league…even Argo fans. It’s always a good party.” 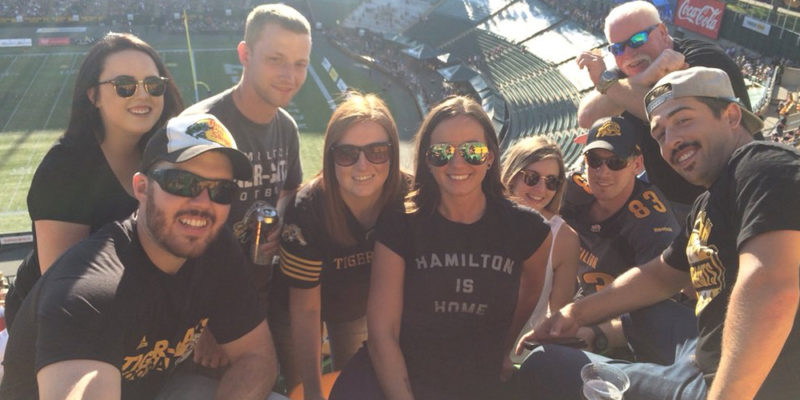 Stewart is part of a group of “20 or so” friends that have season tickets in Hamilton, and loves the game-day experience at Tim Hortons Field. (provided photo)

With the Ticats in the thick of the East Division playoff race, Stewart will be hitting the road the next two weeks: Toronto tonight for Friday Night Football, as the Ticats aim to #InvadeTheSix — phenomenal hashtag, kudos to the Tabbies’ social staff — then Ottawa next week for the first leg of a pivotal home-and-home against the REDBLACKS.

And, if her gut instinct proves to be right for a third-straight season, Jeremiah Masoli and co. might just snap the franchise’s 18-year Grey Cup drought.

“Oddly, two years ago I had a premonition that Ottawa was going to win, (and) last year I had a bad feeling it would be the Argos,” laughed Stewart. “I have a good feeling about this year, and I think the guys have some unfinished business. They’re going to push through these next four games and get to where they need to be.

One thing is for sure: If the Ticats do lift Canadian football’s storied trophy in Edmonton this November, Stewart and a multitude of other long-time Hamilton fans will be there to see it.