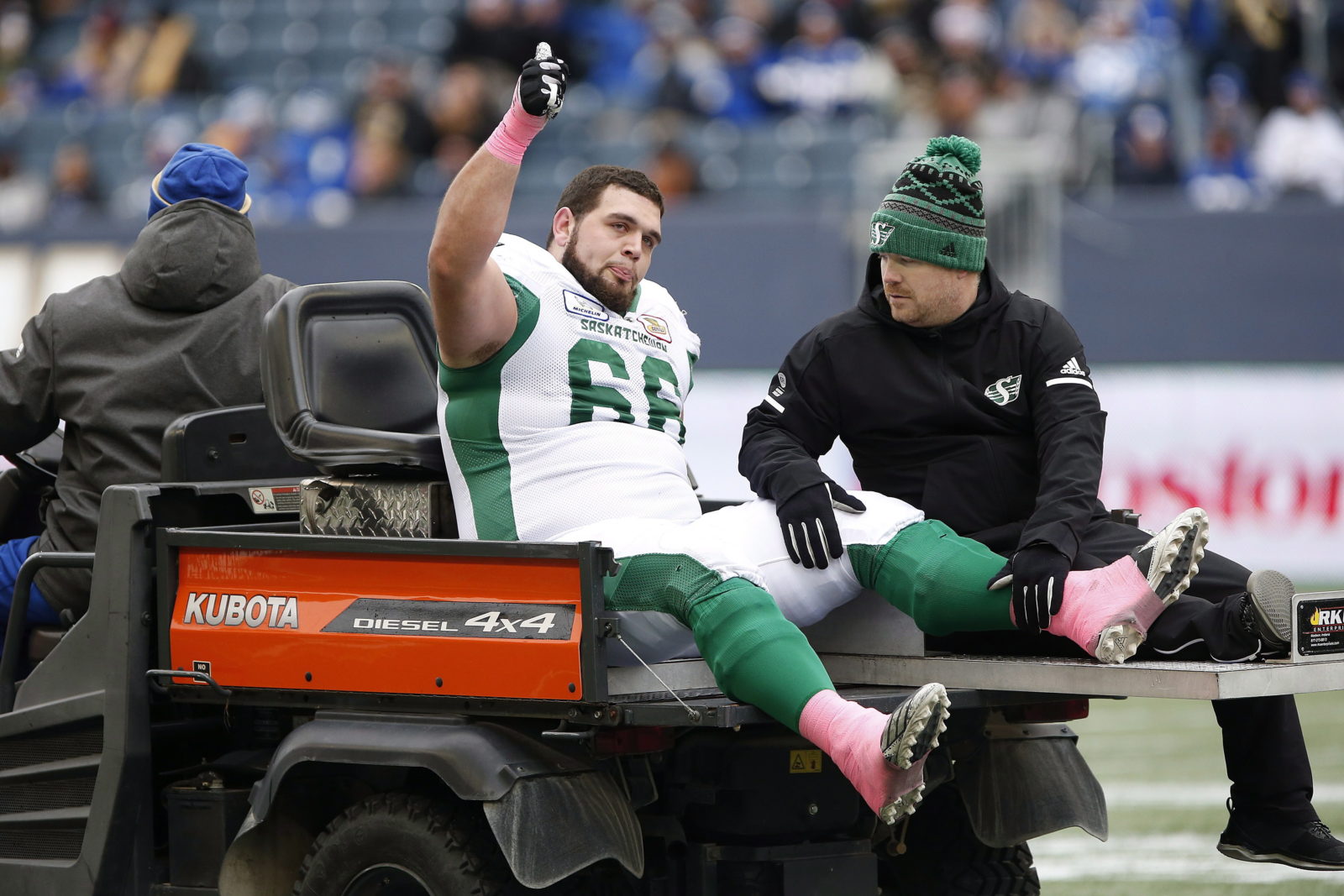 Saskatchewan Roughriders' Dariusz Bladek (66) waves to the crowd after suffering an injury during the first half of CFL action against the Winnipeg Blue Bombers in Winnipeg Saturday, October 13, 2018. THE CANADIAN PRESS/John Woods

The Riders will also be without offensive lineman Dan Clark for an extended period of time, while international defensive back Matt Elam is expected to sit in Week 19.

The injuries come at a difficult time for the Riders, who are coming off a 31-0 shutout loss to the Winnipeg Blue Bombers last weekend. The team is looking to track down the second seed in the highly-competitive West Division, which comes with the right to host the Western Semi-Final.

Bladek’s injury at the guard position could lead to more playing time for former first overall pick Josiah St. John, who stepped onto the field in Saturday’s loss to Winnipeg. Last week the team also acquired Philip Blake from the Alouettes, and on Tuesday signed 2018 first round pick Dakoda Shepley.

The Riders are back in action on Saturday when they visit the Calgary Stampeders at McMahon Stadium.