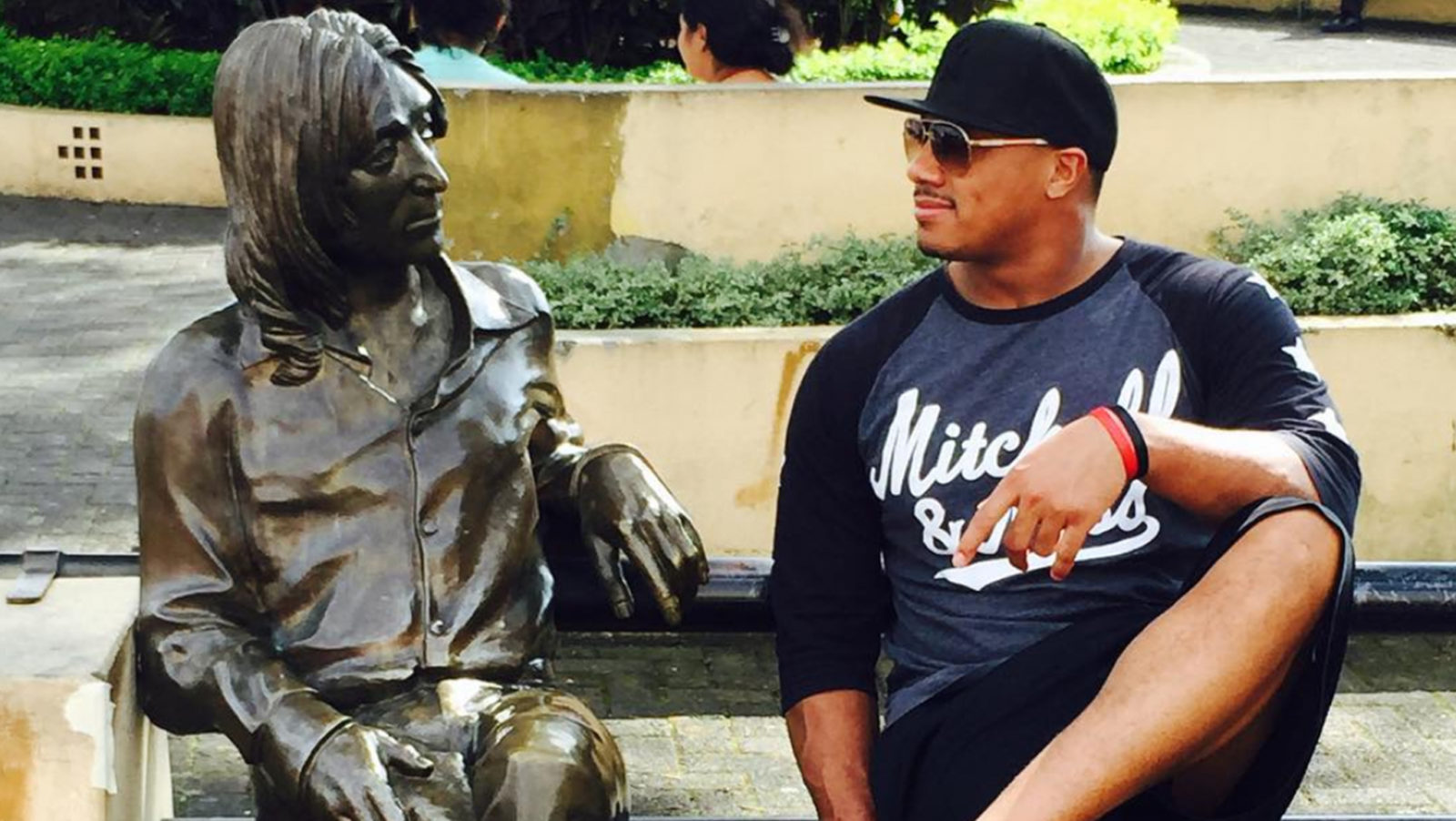 John Bowman was in a pinch.

It started innocently enough, with the Montreal Alouettes defensive end and his travel buddy asking a taxi driver for a ride to the city centre.

But in Cartagena, a picturesque city of one million on Colombia’s gulf coast, not every cabbie speaks English — and not every policeman is necessarily on the right side of the law.

“He stops next to this cop, and says ‘talk to these guys I don’t speak English,” remembers Bowman, laughing now from the comfort of the Canadian Football League’s downtown Toronto office. “Immediately, he’s like ‘get out the car, get out the car’, and in these countries the cops pull you over, you know they want some money.

The long and short of it is, Bowman thought he was destined to spend the second night of his Colombian vacation in jail.

“That was the scariest moment,” chuckles Bowman, who’s racked up 125 sacks over a 13-year career north of the border and visited, by his count, 12 countries outside North America.

Just a few snaps from a great 5 day run w/ the boys. See y’all in a few months. As I head back to the frozen lands lol. #Colombia #Medellin #Cartagena #vacation #Cultured #ClubColombia #Frisby

As a kid growing up in New York and later North Carolina, the friendly Als veteran wasn’t exposed to much of the world beyond America’s borders let alone have a desire to visit it.

“You don’t get to see much (in New York): Lots of buildings, or the hood, you see what you see, (then) North Carolina you see wide-open farms (and) no different ethnicities,” explains Bowman. “You were white, black or Mexican, (so) when I came to Canada and saw all these different cultures, especially in Montreal, I realized there was so much to experience.”

Little windy but not a bad sight to see, before spending the day w/ the troops. #Marseille #NotreDameALaGarde #France #MediterraneanSea

It began small, with a week-long trip somewhere warm each year, and slowly it turned into a full-blown hobby.

His list is downright impressive: From Colombia — “Medellin had the most surprisingly good food” — to Costa Rica — “a group of five, six guys ran up on us” — each destination comes with a story.

Like others who have visited the modern Medellin, Bowman wants to set the record straight.

“You expect it to be like what you see in Narcos or whatever, but it’s so different,” says the Wingate alum. “I don’t know if it was world-class chefs, but this guy made us a lamb burger. Phenomenal.”

1. Go Off the Reservation | “The first time I went to the Dominican (Republic), we went to a resort for seven days. We were wasting money, 1,5-1,800 bucks and we’re staying at this hotel. A nice hotel, with pools or whatever but you’re not getting any culture. Next time, we researched it: Found a place on the beach, 40 dollars a night. These places are amazing, you’re on the beach, breakfast included. You can eat for two people for 10 bucks American. We saved $6-700 on the back end, because we ate with the locals and we had a good time.”

2. Find Flight Deals | “The coolest thing about this (Colombia) trip, though, was the flight from Cartagena to Medellin. 40 minutes, like from (Toronto) to Montreal. 100 bucks, round trip. First class. I’m thinking ‘OK, it’ll be a shanky plane’, (but) they had TVs that turned to video games, (and) full big-body seats. Avianca, I’ll never forget that.”

With retirement “98 per cent” looming, Bowman has his eyes set on a mega-trip with former teammate and current Als defensive assistant coach Billy Parker.

“He’s like ‘Bow, no American guy needs to be going to this many countries’. He never wanted to go,” chuckles Bowman. “But it’s great: You go to the beach, without the bells and whistles of Miami or Los Angeles. I don’t want to spend $17 for a Corona or $12 for a hot dog.

“When I retire, I’ll get him to come with me somewhere. My retirement trip, whenever it is — sooner rather than later — is going to be a month in Brazil, travelling from the Amazon all the way up to Rio to end the trip. If I can make it to the end of the trip.”