Fans of Football: South of the Border

Fans of Football: South of the Border

It was on a rainy night in Colorado in 2015 that David Gornto discovered the Canadian Football League.

Dejected after the evening’s Colorado Rockies baseball game got rained out, Gornto — a middle-school science teacher in town for a work conference — headed back to his hotel and flipped on the tube.

What he saw was a CFL game between the Montreal Alouettes and “another team, I forget who.”

One iconic player drew him in.

“Nik Lewis was having an amazing game, and I kept watching,” remembered Gornto. “I was kind of intrigued by Nik Lewis, and thought I’d give it a shot.” 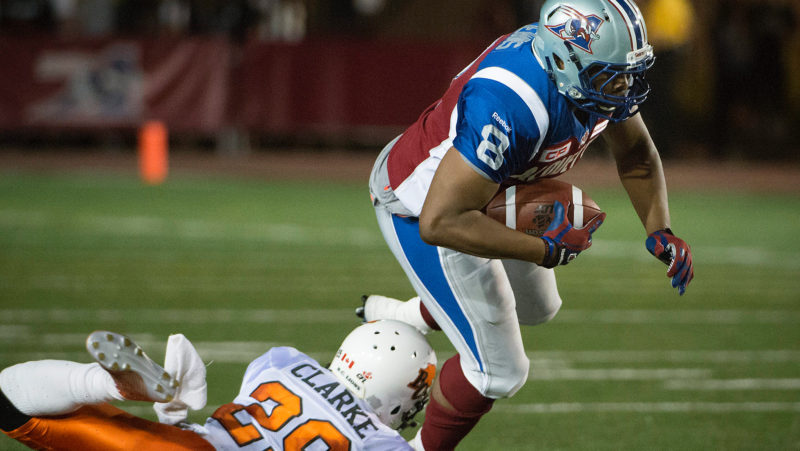 Watching Nik Lewis and the Montreal Alouettes on TV in 2015 piqued Gornto’s interest in the league. (Canadian Press photo)

Three years later, the resident of Alcoa, Tenn. — pop: 10,228 — is as devoted a Canadian Football League fan as they come.

His weekends revolve around tuning in for whichever matchup is airing, and he’s in touch with fans from all over the league via his Twitter account.

“There’s so many things I love about the Canadian game,” said Gornto in a phone interview from his Tennessee home, while watching an Ottawa-Hamilton game on Friday Night Football. “The social media and CFL family is incredible.

“At the very beginning of last season, I tweeted that I was hooked on CFL. The next morning, I had 100 new followers on Twitter, people sending all kinds of messages,” he explained. “It’s incredible that you can put something out there on social media and connect with so many people.”

His favourite interaction thus far’s been with another ‘exiled’ CFL fan in England.

“We’ve talked back and forth, and it’s incredible: Here’s a guy in England and a guy in Tennessee, talking about Canadian football,” chuckled Gornto, who grew up in Florida. “It’s just amazing, it truly is a family.” 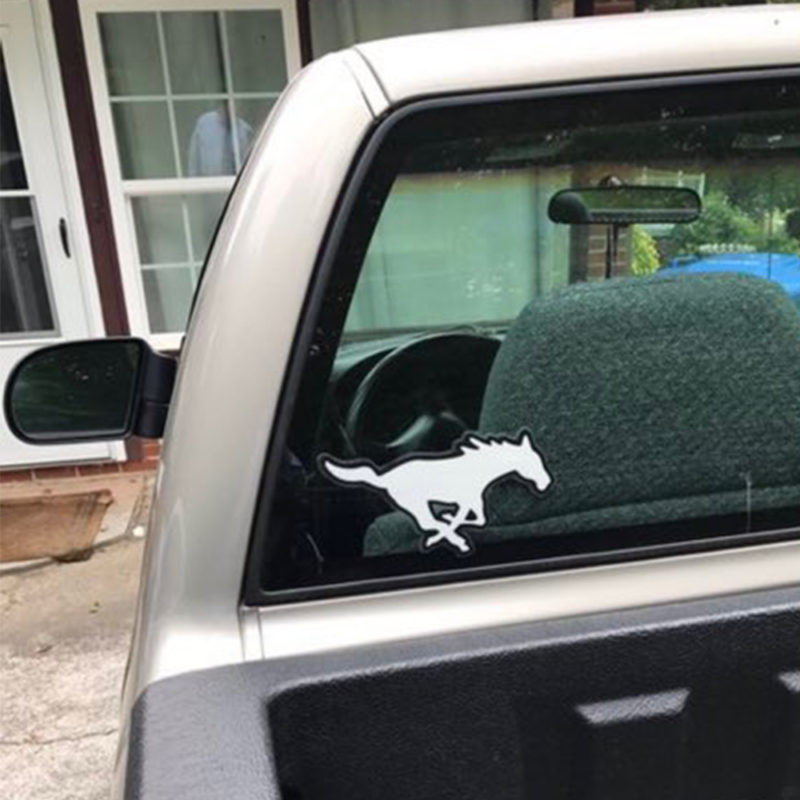 “I may be the only one in Tennessee with a Stamps logo on my truck,” quipped Gornto.

He’s had a handful of indirect brushes with the league, most notably with two-time CFL All-Star Joey Walters.

“When I was a kid, I was a ball boy in the USFL for the Orlando Renegades,” he remembered. “One of the receivers was Joey Walters, who had a great CFL career.

“All I knew at the time was he played in the CFL, (and) now, as I’ve gotten more into the league, I realize he had a really nice career. I wish I would’ve learned more about the league then, at that time.”

Since the beginning of the 2017 season, David has been trying to make up for lost time by squeezing in as much CFL viewing as possible.

“This year, I think I’ve missed two (games) and it was because my wife and I were at a wedding,” laughed Gornto. “I was trying to watch on the phone at the wedding. I’m all-in.” 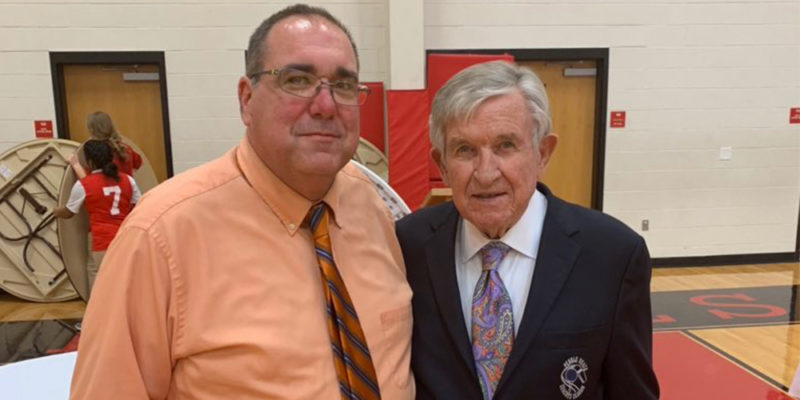 Gornto’s closest ‘in-person’ CFL experience since becoming a fan: Meeting Johnny Majors, who played one season (1957) with the Alouettes before embarking on a legendary NCAA coaching career.

Part of that all-in mindset is a planned trip to the Great White North at some point during Summer 2019 to finally take in his first live CFL experience.

“We have not been up for a game yet, but my wife and I have already said that’s our plan,” he outlined. “As soon as the league puts out the schedule, we’re looking at — if everything lines up perfectly — catching two games, some place in between Montreal and Ottawa if we can get something to line up.

“We’re both teachers (and) we have summers off. Usually we go to Florida, but this year I’ve got her talked into going to Canada.”

Whenever they do finally make the trek north, Gornto can bet he’ll be received warmly by Alouettes and REDBLACKS fans alike — although his first CFL jersey, which arrived in the mail on Monday, drew some ire on social media.

Great day! My first @cfl jersey! Now I need to get to a @MTLAlouettes game in it! pic.twitter.com/N3fajMCu1w